Why the modern left loves shutting down debate

Critical thinking is out, censorship by subterfuge is in. 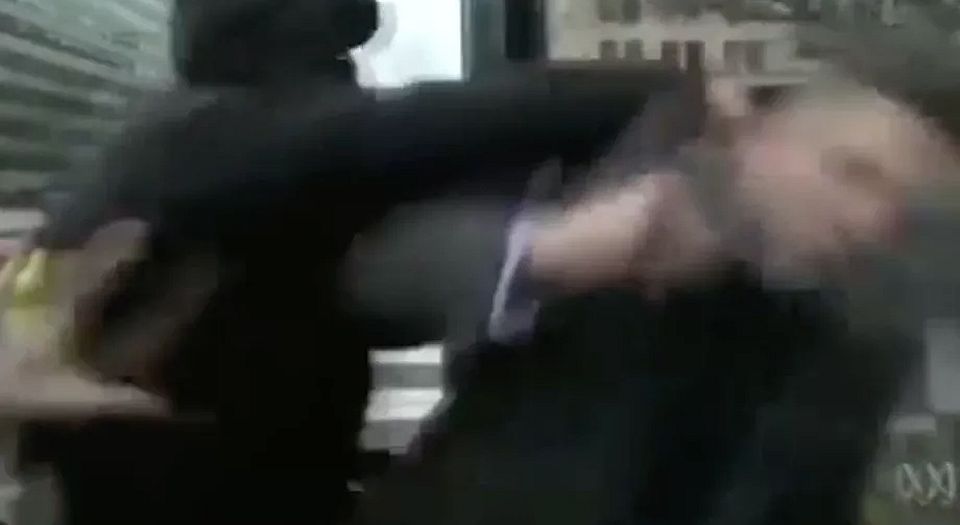 It’s been a year since white nationalist Richard Spencer was famously punched by a masked activist during a televised interview with the Australian Broadcasting Corporation. Some leftists on Twitter have been gleefully reposting the video all week. Given Spencer’s grotesquely racialised politics, it’s entirely understandable that so many would indulge in this kind of Schadenfreude. The man is eminently punchable. But it’s worth remembering that by resorting to violence, this activist provided Spencer with all the free publicity he could ever crave. Were it not for this incident he would still be relatively unknown.

It’s a sobering reminder that bad ideas are only defeated through language and debate. Political violence is an oxymoron. The hostile modus operandi of groups such as Antifa has alienated those who might otherwise be sympathetic, as well as enabling white supremacists to portray themselves as martyrs. If these activists are serious about changing society for the better, surrendering the moral highground from the outset isn’t the best way to start.

Perhaps this escalating legitimisation of violence is an inevitable consequence of a movement that has forgotten about the transformative potential of language. Ever since antiquity, the most advanced civilisations have understood the importance of rhetoric in public life. Great thinkers such as Aristotle and Cicero knew that even good ideas are worthless if argued badly. Classical education was underpinned by the trivium of grammar, logic and rhetoric, a tradition that has ultimately produced some of the most memorable political speeches of recent history, from the Gettysburg Address to Martin Luther King’s ‘I have a dream’. If Theresa May had been well versed in the art of oratory, she might have come up with something better than ‘strong and stable’.

Shakespeare likewise appreciated that an inability to persuade is the harbinger of failure. It is Coriolanus’s arrogant belief that he need not win the approval of the plebeians that guarantees his eventual downfall. By contrast, Mark Antony manages to turn a crowd against Julius Caesar’s assassins in fewer than a hundred lines. In the case of Lady Macbeth, we see how finely wrought rhetoric can be exploited to nefarious ends. She is able to drive her husband to commit regicide through some elegantly phrased slurs against his masculinity. She’s basically telling him he hasn’t got the balls to go through with it, but it’s the rhetorical flourishes that really make it work.

When I was a schoolteacher, I ran an A-Level course on critical thinking. For the most part, students saw it as a fringe pursuit. It was merely something to add to the CV, along with the Duke of Edinburgh’s Award, playing the bassoon, or freestyle origami. But my experiences in education have convinced me that if critical thinking were to become a central feature of the national curriculum, the general standard of political debate in this country would be vastly improved.

For instance, it has become a standard tactic among so-called progressives – those we might best describe as liberal-left identitarians – to dismiss an opponent’s viewpoint if he happens to be heterosexual, white and male. This is based on the assumption that such qualities imply inherent privilege, which automatically debars the individual concerned from participating in certain debates. Economic background is rarely factored in to such appraisals, which is why – as one privately educated middle-class activist put it – ‘you can be homeless and still have white privilege’.

This approach represents one of the most basic of logical fallacies: the argumentum ad hominem. Anyone who has ever used the phrase ‘straight white male’ in an accusatory sense has thereby betrayed his or her own lack of argumentative competence. Students of critical thinking learn about such pitfalls on day one, so it’s curious that this fallacy has now become such a ubiquitous strategy among supposedly educated people.

Indeed, much of the typical language of the identitarian left is rooted in the idea that it is better to eschew debate altogether than to grapple with difficult ideas. We have seen this in the growing tendency to use the term ‘far right’ as a synonym for ‘conservative’. In truth, there are only a handful of far-right groups in the UK, each with a laughably meagre membership. For those leftists whose argument is based on the straw man of widespread fascism, the inclusion of individuals who read the Sun or the Daily Mail is a predictable gambit. And if you add anyone who has ever laughed at a Katie Hopkins tweet or shopped at Waitrose, the figures grow even more alarming.

This kind of slippery linguistic subterfuge has become mainstream, with numerous reputable media outlets now openly conflating clinical psychologist Jordan Peterson with the ‘alt-right’, in spite of the fact that his emphasis on individualism places him wholly at odds with the collectivist ideology of the likes of Richard Spencer. We have seen the profusion of empty concepts such as ‘mansplaining’ and ‘toxic masculinity’, and the identification of supposed ‘privilege’ is consistently deemed a legitimate reason to discount an alternative opinion. Those of us who still care about debate and the power of persuasive language have a duty to resist this trend, and to remind ourselves that throwing insults and punches is the hallmark of the losing side.