Obsessing over corporate handouts obscures the bigger debate we need. 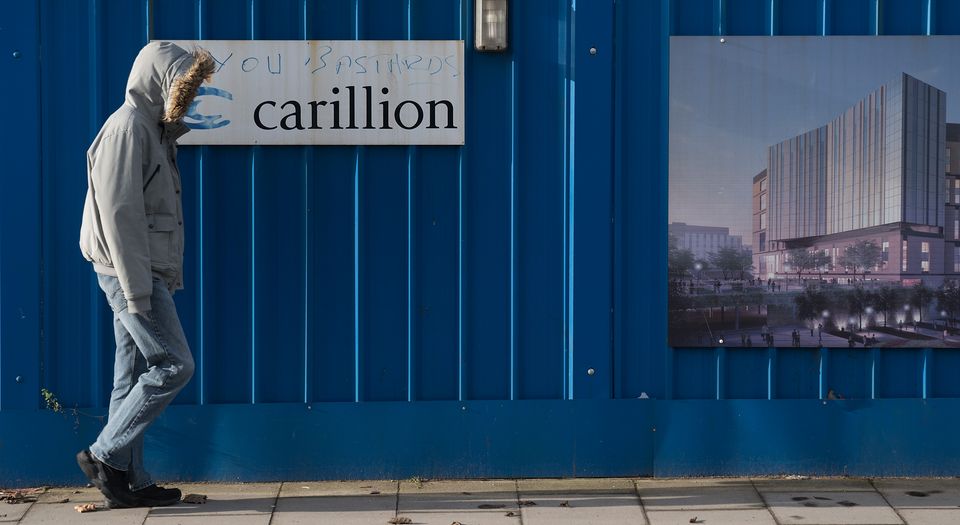 The fallout from the collapse of Carillion, a major UK construction company that was also heavily involved in facilities management, continued to rage over the weekend. And as with so many major events, it has been used by a variety of commentators to get on their own hobby horses.

One common argument is that Carillion proves public services should be provided exclusively by the public sector, and that it is wrong to outsource work to the private sector. But clearly, the government will always buy goods and services from private companies. Whether it makes sense for the public sector to employ the workers that provide meals in hospitals and schools, for example, or get a private company to do so surely depends on the most efficient and cost-effective thing to do in any particular circumstance. But hardly anyone would argue that it makes sense for government to grow the food, manufacture the kitchen equipment, or construct the buildings themselves.

Simplistic public vs private arguments aren’t much use to us. There may be specific problems with public finance initiative (PFI) contracts, however. Under such contracts, a private company agrees to build and operate a facility. Rather than paying upfront, government pays an annual fee for the services. The contracts are long and often hugely complicated.

They were born of two perceived advantages. First, governments could get hospitals and schools and so on without the cost of them appearing as government debt. This was particularly important when those governments were also setting supposedly strict limits on borrowing. Although first announced under John Major’s government in the early 1990s, PFI contracts really took off under New Labour after 1997. It seems unlikely that there would have been so much enthusiasm for PFI deals if the liabilities for them had been strictly and honestly accounted for.

Secondly, there was a perception that the state was poor at building infrastructure and running services, so the hope was that the private sector would have an incentive to be more efficient. The state would commission services rather than provide them directly. Whatever the truth about efficiency, one important effect of PFI was to make more and more businesses directly or indirectly dependent on – and desperately lobbying for – government contracts. On the face of it, this was privatisation, but it also meant a lot of firms being pulled into the state’s orbit and subject to state regulation.

There are plenty of terrible tales of poorly negotiated PFI contracts leading to pointless and excessive costs for taxpayers. For example, Parklands High School in Liverpool was opened in 2004, but dwindling pupil numbers and poor standards led to its closure in 2012. Yet under the terms of the PFI contract, a total of £90million must be paid. Liverpool Council can’t afford to buy out the contract, so it is paying over £4million per year for a defunct school; it can’t find another occupier for the building. This is clearly idiotic.

Yet for all the ‘gravy train’ horror stories of clever corporates hoodwinking gullible state funders into onerous contracts, the flipside is that in recent years the profit margins for firms on all sorts of government contracts have been squeezed hard. In many areas, from rail services to nursery and social care, private suppliers are choosing to quit rather than continue to lose money. While the headline sums involved in some government contracts are enormous, the bottom line is often far less appealing.

The use of private companies to provide public services seemed like a great idea 25 years ago. But it has not proven to be a panacea. It doesn’t do much to solve the fundamental problem of paying for those services. That requires a dynamic, wealth-creating economy providing a rich stream of tax revenue or finding alternative ways to encourage us all to provide those things for ourselves. Instead, we have an economy in which anaemic growth is now the norm. Business has become too reliant on government policy to get by – not just in terms of contracts, but also in terms of low interest rates, in-work welfare provision, and more. Useful investment in order to raise productivity, on the other hand, has long been in short supply. This process of sustaining ‘zombie’ companies is holding back the whole economy.

Taking this wider view, PFI is not really the problem, and nor is it the solution. PFI is not really the corruption of the state by malevolent corporations, as many have argued, even if many PFI contracts have been poorly negotiated or thought through. Nor is PFI or outsourcing a panacea to the basic problem of public services: the lack of sufficient resources to meet demand. The fall of Carillion is an opportunity for a wider and more honest examination of the state of the UK economy and the role of government policy. Corporate dependency on state handouts and contracts should be an important part of that analysis. Let’s not waste this opportunity in petty point-scoring about the merits of public vs private provision.