Why the Third Way still rules 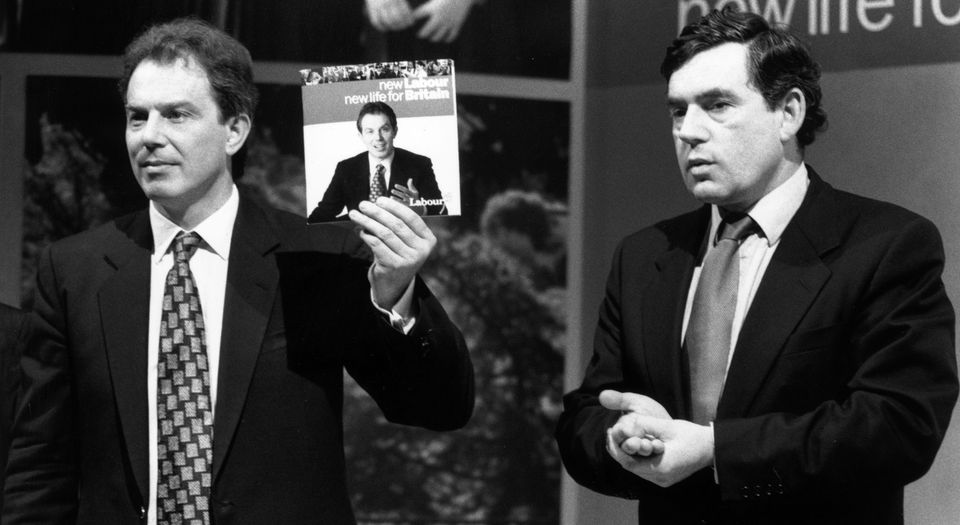 The political elite’s ongoing, furious response to Brexit, like its response to so many other issues, reminds us that the Third Way did not disappear along with David Miliband. In fact, the elite’s determination to reverse the Brexit vote has so emboldened Third Way thinking that even discredited warmonger Tony Blair enjoys a fresh hearing whenever he pops up to criticise Brexit. The Conservative Party leadership may be charged with implementing Brexit, a radical break with the status quo it didn’t want, and Corbyn’s Labour Party may be talked up as radical and socialist – but despite these appearances, the Third Way remains the dominant force in British politics today.

The Third Way – so called because it was an alternative to Thatcherism and social democracy – emerged over 20 years ago and was firmly associated with Blair’s New Labour. It was more than rebalancing centre-right economics with centre-left social policy; it represented a marked shift in how the state related to society. ‘New Labour – New Britain’, was how Labour’s party conference backdrop put it. But this was no empty rebranding exercise. The emergence of the Third Way was a watershed moment that overturned many of the political arrangements of the previous 50 years. It was making its presence felt in the early 1990s, before Blair’s Labour was elected in 1997.

The Third Way arose out of the defeats of trade-union Labourism and the exhaustion of Thatcherite conservatism. The collapse of a century-long battle between capital and labour, embodied in parliament by the Conservatives and Labour, enabled a distinctive set of ideas (and prejudices) to flourish and then dominate the political landscape. As class politics dissipated, the liberal middle classes were brought to the centre of political power. And many of those people are now most vocal in their support for the EU, and deadset on overturning the democratic mandate to leave.

The origins of Third Way ideas can be found in local government radicalism of the early 1980s. Marginalised from the mainstream of British politics, and frequently ridiculed as ‘the loony left’ by the tabloid press, these left-wingers promoted a moral agenda that would eventually be incorporated into wider state institutions. This centred on equal rights and ending oppression. But rather than mount a challenge to state institutions, as previous radicals might have done, they recast the fight against oppression as one of etiquette and individual behaviour.

Many of those now on the anti-Blairite wing of the Labour Party ironically laid the foundations for the Third Way. When he was leader of the Greater London Council (GLC), Ken Livingstone put out posters telling members of the public they’d be ‘much nicer’ if they stopped being racist. This was an early example of how the left started seeing malign individuals, rather than the organisation of society, as the cause of social problems. Left-wing language became a means through which the moral authority of the state was strengthened, and in the process this promoted a jaundiced and suspicious view of ordinary people. It was a precursor to the New Labour era, in which the state became more and more involved in policing our lifestyles, family lives and speech.

This kind of state intervention has ballooned since then. Whether it is the Scottish National Party in Holyrood or the Conservatives in Westminster, the political leadership of Britain is preoccupied with the hyper-regulation of day-to-day life. And the same would be true if Corbyn’s Labour Party was to win the next General Election (the nanny state is one of the few things the parliamentary party agrees on). In recent decades, the demands for bans, restrictions, sin taxes and clampdowns have come not from the Tory shires, but from the influential urban middle class. The promoters of the Third Way were repulsed by all of Old Britain, by both blue-rinse Tories and the tabloid-reading masses; those prejudices continue to drive politics today.

The urban middle classes are not a radical vanguard railing against the Tory establishment – they’re the dominant voice in politics, demanding conformity to their values. The vast majority of urban middle-class concerns, from the policing of speech to an obsession with healthy eating, from environmentalism to animal rights, have long been part of official policy and law. And they will continue to be. Far from being edgy and independent, let alone radical and left-wing, the urban middle classes now enforce and police orthodoxy. They’ve had their way for decades and continue to set the agenda.

The one area, of course, in which they haven’t had their way (yet) is over Brexit. For elitist Remainers, Brexit was an abomination forced on them by Old Britain, by xenophobic old folk and oikish trolls making an unwelcome return to the political scene. Their unhinged expressions of love for the EU – which were nowhere to be seen before the referendum – are just the means through which they define themselves against the masses. For all these people’s supposed disdain for ‘Tony Bliar’ and New Labour, Blair’s opposition to Brexit, to Old Britain’s desire for sovereignty and control, resonates with them.

The technocratic, freedom-crushing Third Way is still the orthodoxy among the wider political class. Still, all is not lost. An emergent, defiant opposition to it can be found among the 17.4million people who voted to the leave the EU. Here’s hoping that one day we can shake off the Third Way for good.