The real problem is that there’s nothing progressive to take its place. 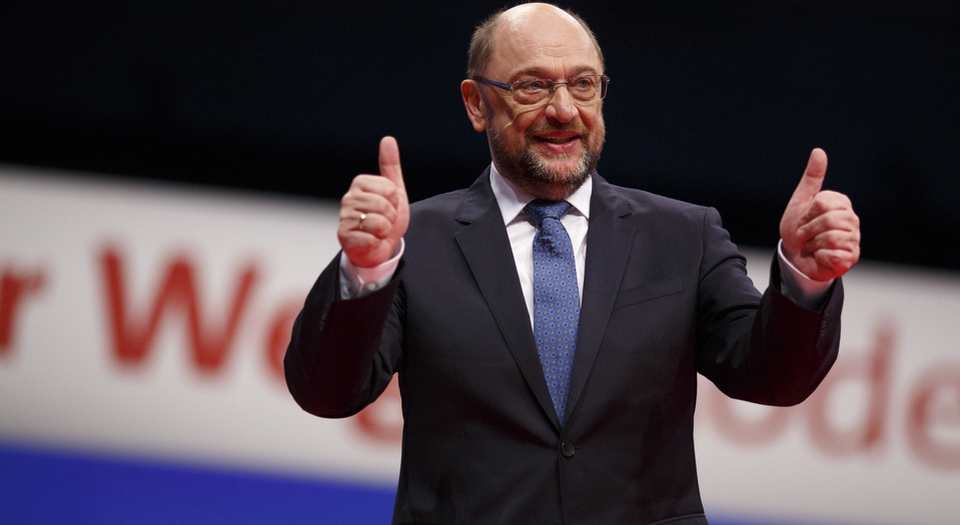 ‘Loser of the year’ was the unflattering title given to Martin Schulz, leader of the German Social Democratic Party (SPD), in opinion polls in December. The SPD, which got its worst election result ever in September last year, is now polling at just 19 per cent and seems to be in free fall.

Sociologist Manfred Güllner says this is a tragedy. He speaks for many Germans who feel that the collapse of Germany’s oldest party is nothing to be celebrated. Although the SPD ruled postwar Germany for just 20 out of more than 70 years, it was extremely influential, and has always been seen as an alternative to the largely dominant Christian Democrats (CDU).

On the 150th anniversary of the founding of the SPD, then German president Joachim Gauck celebrated the party’s ability to adapt: ‘No other party could survive for so long; [the SPD survived] because its core demands were kept up to date in a new way.’ Gauck is right, but it is less clear if this description of the SPD holds true today. The party’s failure to win in recent elections – despite the crisis of Angela Merkel’s CDU – suggests its classic postwar role is over. Even Schulz’s promise to provide a strong opposition – which many Germans felt was a step in the right direction – rang hollow: talks regarding a renewed grand coalition between his party and Merkel’s have since resumed.
The truth is that today’s SPD has as much to do with Ferdinand Lassalle’s 1863 Social Democratic Party as tofu does with meat. Its first metamorphosis took place when large parts of the party backed Germany’s First World War efforts. Then, in 1918, it sided with the old, reactionary ruling elite to crush workers’ uprisings in Kiel, Berlin, Munich and other cities. It also played a decisive role in the founding of the weak and unstable Weimar Republic (the SPD’s Friedrich Ebert became its first president), which proved incapable of defending democracy and freedom against fascism.

‘The SPD has certainly not done everything right in its history, but we have never done anything that made us feel so ashamed that we would have needed to change our name after the Second World War’, then leader Sigmar Gabriel said in a teary speech at anniversary celebrations in 2013. He reminded the audience of the bravery of two SPD men – Otto Wels and Kurt Schumacher – who resisted the Nazis and voted against Hitler’s notorious enabling law (Ermächtigungsgesetz) in March 1933. Schumacher, who became the founder of the new SPD after the war in 1945, had been in a concentration camp for most of the Nazi era. Unlike the conservative parties, which supported the fascists, the SPD came out of the war with strong moral credentials.

Unfortunately, the postwar legacy of Schumacher is now all but forgotten. It would probably surprise most Germans to hear that he was a staunch opponent of the European Coal and Steel Community (ECSC). The new postwar Europe that was being built by CDU chancellor Konrad Adenauer and the occupying Allied powers was not just ‘conservative, clerical, capitalist and cartelistic’, as Schumacher put it, but also undemocratic. In 1951, Schumacher wrote that it was a tremendous risk to grant this purely bureaucratic institution, the beginnings of what would become the EU, so much power. Memories of Nazi horrors should not be the sole basis for the restructuring of Europe, he argued.

It is not a surprise that today’s SPD finds Schumacher too awkward to quote – all of Germany’s established parties now run on pro-EU tickets. Schulz has even called for a United States of Europe. At its party convention in 1959, the SPD rejected Schumacher’s legacy, giving up its resistance to the European Community. The realities of the Cold War and the economic miracle, which brought Germany unprecedented growth rates, forced the party to reinvent itself yet again. In that climate, the CDU became increasingly successful, and it took another 10 years before the SPD managed to win the chancellorship again – in 1969, under Willy Brandt, who had survived the Nazi period in exile and who became the most popular SPD chancellor.

Brandt’s success was assisted by the exhaustion of the CDU and the changing mood in Germany, symbolised by the rise of the 1968 protest movement (over 50 per cent of the younger postwar generation voted for Brandt). Brandt understood that the construction of the Berlin Wall in 1961 demanded a new foreign policy. Unlike his CDU predecessors, Brandt and his team campaigned for a policy of détente towards the East – change through rapprochement. This policy addressed a very real need, as many West Germans still had relatives living on the other side of the wall. A dramatic symbol of the change was Brandt’s trip to Erfurt in 1970, making him the first chancellor to visit the East German state. He was so convincing that he won the 1972 election with 45.8 per cent of the votes: the best election result the SPD has ever had.

Brandt’s resignation in 1974, following a spy scandal, started another shift for the SPD. With the end of postwar growth, a prolonged period of stagnation, the oil shock, the rise of RAF terrorism and a growing culture of fear around nuclear power and ecological instability, politics became increasingly defensive and managerial. Under Helmut Schmidt, Brandt’s successor, the SPD managed to govern for another eight years. The end of the Schmidt era was marked by the rise of the Green Party, which won over many new middle-class SPD voters who had formerly supported Brandt. The SPD increasingly adapted to Green positions, and the last SPD government, in 1998, following 16 years of uninterrupted CDU rule, was an SPD-Green coalition.

The 1998 SPD was modelled on Tony Blair’s New Labour. Though successful at the elections, this new SPD lost huge numbers of party members. At its high point, in the early 1970s, the SPD had more than a million members; by the end of the 1990s membership had more than halved – even following reunification which of course increased the size of Germany’s population. Gerhard Schröder, the most media-savvy of SPD chancellors, once said that he only needed television and the tabloid press to govern. His reforms to the welfare state, which aimed to restrict unemployment benefits, made him increasingly unpopular with the party’s more left-wing membership. And though he refused to join in the Iraq War in 2003 – a move which helped him win another term – it was under his government that Germany began its first postwar military intervention: in 1999, the SPD-Green coalition bombed Serbia. This war, and unpopular social reforms, alienated the SPD’s left-leaning members: many of them joined ranks with the former East German, ex-Stalinist Party of Democratic Socialism to form a new party, Die Linke.

In March last year – at the high point of the pre-election Schulz hype – there was talk of the SPD winning back voters who were considering supporting the far-right party, Alternative für Deutschland. But Schulz came off as patronising in his praise of hard-working men and women. The SPD, it seems, has become so isolated that it cannot even change its rhetoric, let alone reinvent its politics. And now its support is at an historic low.

But we shouldn’t mourn the demise of the SPD. It has been irrelevant for a long time. The real problem facing German voters is that no new, truly progressive party has taken its place.