The case against the killjoy state 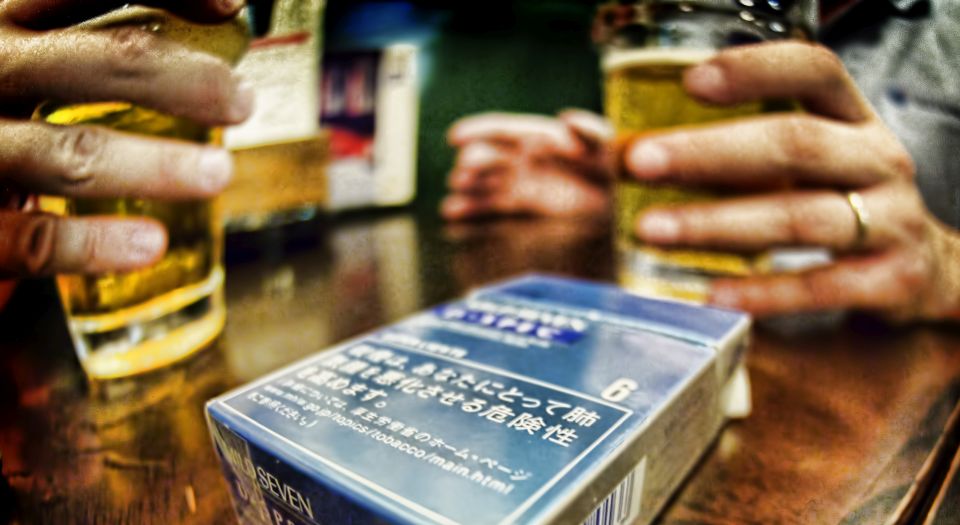 Back in the 1970s, a humble copywriter at Ogilvy & Mather, Salman Rushdie, came up with an advertising slogan for cream cakes: ‘Naughty but nice.’ It was a perfect encapsulation of our attitude to pleasurable things that are mildly bad for us. We know we probably shouldn’t but the joy of consuming that piece of cake, cigarette or extra glass of wine outweighs the potential long-term downsides.

But over recent decades, our ability to make rational decisions about such matters has been called into question. Experts, we are told, know better than we do about how we should live our lives. Because we are bad at making decisions, or we are unduly influenced by outside influences, the state should intervene to protect us. Once thought to have died a death in the shackle-breaking liberalisation of the postwar years, paternalism is back.

This ‘nanny state knows best’ outlook, now justified in the name of ‘public health’ rather than public morality, is thoroughly examined in a new book by Christopher Snowdon, Killjoys: A Critique of Paternalism. Snowdon will be familiar to spiked readers for his numerous articles on this area, plus his appearances on spiked’s ‘Last Orders’ podcast. And if you like his takedowns of state busybodies and monomaniac campaigners, you’ll find plenty to enjoy in Killjoys.

In this book, he takes a step back from his well-researched criticisms of state intervention in specific areas to examine the idea that there might be, in principle, a case for such intervention. Against paternalism we have liberalism, most famously summed up in John Stuart Mill’s famous harm principle: ‘The only purpose for which power can be rightfully exercised over any member of a civilised community, against his will, is to prevent harm to others. His own good, either physical or moral, is not sufficient warrant.’ It’s a powerful and popular idea, even today.

But paternalists have come up with a variety of ways to try to get around the harm principle. The first is that we aren’t entirely rational and we systematically make bad decisions. Experts, with years of training, can see where we are going wrong. Therefore, we should bow to their wisdom and allow a variety of restrictions on our lives, whether it is smoking bans or taxes on sugary drinks. A milder version, summed up as ‘nudge’, suggests that society should make the healthy option the default one, but there should be no financial or legal impediment to making a different choice.

The problem is that experts view such choices in a narrow way. ‘Public health’ has ceased to mean tackling health risks that can only be dealt with at a societal level, like air pollution or outbreaks of infectious disease. Instead, it has adopted a myopic focus on the effect of our private choices on our own health. For health campaigners, extending lifespan has become the only possible measure of welfare. And yet, as Snowdon makes clear, our ‘bad habits’ provide all sorts of benefits: the social lubrication offered by alcohol, the mental stimulation and stress relief offered by nicotine, the excitement of gambling. Of course, that doesn’t mean we never have cause to regret those choices. But our judgement about what is the right choice to make is undoubtedly better made by us, with access to all the pros and cons, than made by legislative diktat inspired by health zealots.

‘Nudge’ is also paternalistic, but Snowdon is relatively sanguine about such ‘libertarian paternalism’. Tinkering with the ‘choice architecture’ is not necessarily a bad thing. After all, the way that choices are presented to us is rarely neutral. For example, supermarkets will make it easier for us to find the items that make them the most money rather than the ones we might ordinarily choose. But as long as we can easily find the items we’re actually after, not the ones they have chosen to promote at that moment, there’s no problem. ‘Nudge’ suggests that public health and other policy goals can be pursued without restricting our freedoms. The trouble is that ‘nudge’ has proven to have fairly limited applicability and its most famous proponents have drifted towards the same old illiberal mix of bans, restrictions and taxes.

Another major paternalistic argument is that big corporations have distorted the environment in which we live through awareness and availability – in other words, through clever advertising and the ubiquity of their products. We are suckered into wanting products that are bad for us and we visit the endless takeaways, booze shops and tobacconists like helpless drones. But this grants too much credit to advertising, which is almost always about persuading us to buy one company’s products rather than another’s. And it assumes that supply leads demand, that we buy the wrong stuff because it is there; in reality, shops survive because they meet demand. If they don’t, they soon disappear again.

In these and other ways, the ‘harm principle’ is called into question, according to health campaigners, because people clearly make bad decisions. Our capacity to make reasoned and sophisticated judgements is belittled by those who think they know better.

Another way around the harm principle is to argue that our choices do, in fact, harm others. The most obvious example is passive smoking. Sure, go ahead and kill yourself – it’s your lookout – but you shouldn’t be allowed to breathe toxins over others. Another form of this argument is the ‘cost to society’ through increased healthcare costs, loss of productivity, emotional loss of dying before your time, and so on.

As Snowdon rightly argues, these arguments are almost entirely spurious. While banning smoking in places that cannot easily be avoided – like public transport, for example – seems justifiable, to go to a pub where smoking is allowed is to make a choice about risk — the pleasure of being with friends in a particular place versus the very small danger from tobacco smoke. The risk is entirely avoidable. There is no justification for preventing privately owned businesses from allowing customers to smoke; individual business-owners are best placed to find a way to accommodate the needs of smoking and non-smoking customers.

The ‘costs to society’ figures are hugely inflated by intangibles or things that are actually costs to individuals. Healthcare costs (and in the case of alcohol, costs of crime) are more than covered by existing taxation. Indeed, if taxation is justified as a means to cover the costs of externalities – a Pigouvian tax – it should be much lower than it is at the moment. Moreover, a proper accounting of the ‘externalities’ of particular consumer choices should include the benefits to society, too, but this is rarely done.

Through these and other arguments, Snowdon does a vital job in drawing out the illiberalism and irrationality of paternalistic policies. It is perfectly legitimate to regulate for things like proper labelling of food or to place a textual health warning on a pack of cigarettes (though I’m not convinced about his suggestion that there should be calorie labels on alcoholic drinks). We should know what we’re getting and it is sensible all round to make sure that products are not adulterated or sold in a misleading manner. But regulation of our personal habits should be unacceptable.

Interestingly, Snowdon leans less on Mill’s harm principle and more on classical economics in his arguments. Given the complexity of society, governments simply do not have the information required to guide our choices. Far better to determine the direction of society through the billions of small personal judgements we make when we buy things than through central diktat. Therefore, economic freedom and personal freedom go hand in hand. Indeed, given that our supposed irrationality is the bedrock of paternalism, Snowdon argues that ‘it is strange that economics is so neglected in schools when the lessons are so handy for everyday life’, and when many of the most common misjudgements we make can be easily explained in just a few minutes.

Killjoys is short, sharp and spiky. It should be required reading for anyone who wants the arguments to push back against illiberal paternalism, and the politicians who impose such policies upon us.

Killjoys: A Critique of Paternalism, by Christopher Snowdon, is published by the Institute of Economic Affairs. (Buy this book from Amazon(UK).)