Logan Paul: the sharp end of a detached culture

We live in an age when we’re more likely to film tragedies than intervene. 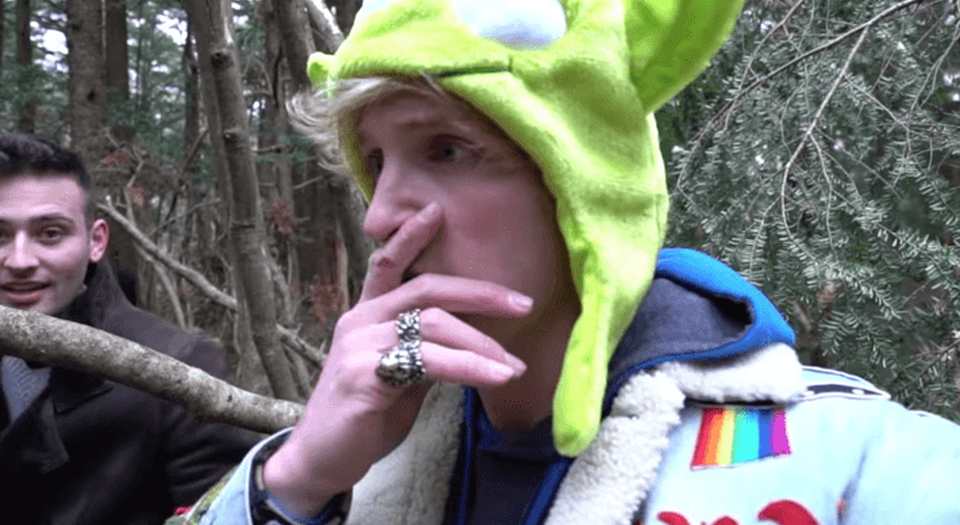 YouTuber Logan Paul faced huge criticism this week for posting a video which showed him happening upon the body of an apparent suicide victim in the Aokigahara forest in Japan, a notorious suicide hotspot. Several goofy YouTubers have filmed videos in the Aokigahara before, thinking it appropriate to act all Blair Witch Project in a place where hundreds take their lives each year. But only Paul, who has 15million subscribers on YouTube, has so far managed to film himself face to face with a body.

The immense controversy the clip has created is completely justified. The video – which drew millions of views from his devoted, predominantly teen and preteen audience – was grotesque and inhumane. Although the victim’s face was blurred, the video shows his body hanging from a tree. At one point, there’s a close up of his chalky hands. Meanwhile, Paul, wearing one of his trademark stupid hats, films his reaction, seemingly devoid of empathy. At one point, one of his friends says he ‘doesn’t feel good’. ‘What, you never stand next to a dead guy?’, Paul quips in response. A uniformed Japanese man eventually appears and calls the police.

Paul took the video down after a few hours, and the inevitable apology soon followed. He suggested that the pressure of making a daily vlog led to this error of judgement. He said he went there to capture the forest’s ‘haunted’ quality, even though he explicitly acknowledged it as a suicide hotspot at the start of the video. He also said he didn’t do it for views, even though at the end of the video he implores the viewer to subscribe to his channel if they haven’t already done so. The video’s clickbaity title was ‘we found a dead body in the Japanese suicide forest’.

The commentators saying this scandal will end this clown’s career are mistaken. The Twitterati may have become accustomed to ending people’s careers over far less than this. But the massive backlash hasn’t made a dent in Paul’s subscriber base. As we saw with the PewDiePie controversy last year – in which YouTube’s biggest star was wrongly accused of anti-Semitism by the mainstream press – the commentariat has no influence whatsoever over YouTubers’ international, cultishly enthused young audiences.

There are now demands being made on YouTube to regulate or censor content on its platform, for the good of the children. Just as video games, TV and movies were blamed in the past for social ills, YouTube now stands accused of corrupting the youth – whether it’s through Paul’s grotesque video or the neo-Nazis who, some say, flood the site. But let’s leave that moral panic aside for one moment. The most striking thing about this story is why Paul felt comfortable filming and then posting this video in the first place, and why he didn’t even seem to consider that there might be ramifications.

Paul is just one man. Few people would do something quite as horrible as he did, especially for such plainly self-serving reasons. But there’s something chillingly familiar about his behaviour. We live in a time when many people’s first reaction to human tragedy is not to help, or to intervene, but to reach for our iPhones. We record life at a remove rather than confront it directly. Then we upload it. As Brendan O’Neill wrote in the wake of the Woolwich attack, in which passers-by filmed from the sidelines as Lee Rigby was hacked to death, ‘we experience the world around us in an increasingly mediated way’.

Perhaps this has something to do with why Logan Paul felt relaxed about doing what he did. He may just be the sharp end of a broader culture of detachment that needs to be confronted.