Why white working-class kids lag behind

Their class has been pushed to the fringes of British public life. 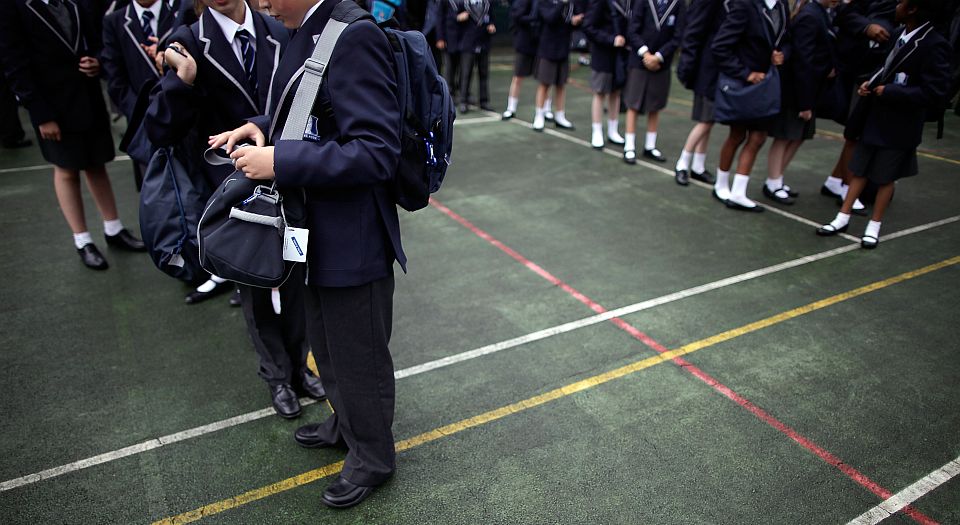 The underachievement of white working-class children was a big educational concern of last year. The statistics make for grim reading. According to the CentreForum think-tank, white working-class children are 13th in the table of highest-achieving groups at age 16, behind those of Chinese, Indian, Asian and black African heritage. Indeed, the attainment of non-white minorities who are eligible for free school meals has improved dramatically in the past decade. This disparity between students of a similar class background, but different ethnic backgrounds, has been a persistent trend over the past decade.

It’s not difficult to work out why children from immigrant backgrounds are motivated to do well. Typically, immigrant parents are highly driven to succeed, especially if the nation they chose to join has more opportunities than the nation they left behind. Immigrant parents have often worked in low-paid jobs with the expectation that their children will prosper educationally and financially. This is particularly true in London, where children from immigrant backgrounds score particularly high in GCSEs.

Nevertheless, it’s often ignored that parental ambition for one’s children was common among the white working class during the 1950s and 1960s. Then, there was a palpable sense that the privations experienced before the war were fading, and new opportunities were opening up. It is also forgotten that higher education in the 1970s and 1980s, particularly with the development of the Open University and polytechnics, was accessed in large numbers by students from working-class backgrounds. This was the era in which working-class aspiration, whether it was workers demanding higher wages or young people searching for a more interesting cultural experience, was the norm. The claim that the British working class has always suffered from low horizons and low expectations doesn’t tally with the British society of 40 years ago.

Even if young working-class people didn’t make it into university in the 1970s and 1980s, many made it into music, comedy, acting and politics. British society then was enriched by all sorts of cocky, working-class loudmouths who made a name for themselves. The absence of such big-personality proles today, and the returning dominance of public-school alumni in many areas of public life, indicates that something more profound is going on here than a decline in GCSE results.

The decline of the trade-union movement is emblematic of this shift. When the former car-workers’ union leader, Derek ‘Red Robbo’ Robinson, died in October, the obituary writers couldn’t help but notice the absence of similarly recognisable working-class heroes today. Red Robbo was held up by the establishment as a symbol of all that was wrong with trade unions in the 1970s, but actually he embodied a culture of self-improvement within trade unionism that was begrudgingly respected in the past. The phrase ‘nothing is too good for the common man’ summed up Red Robbo and the culture around trade unions.

This is not to say that the political defeat of the trade unions in the 1980s led in itself to the weakening of ordinary people’s ambitions. Indeed, that dynamic, volatile period in British society was created by working-class people’s aspiration to go beyond Labourism and take more control of their lives. The era of the social-democratic consensus was crumbling precisely because it was viewed as too restrictive and limited. Working-class people, particularly the young, had become far too ambitious for the meagre offerings of the postwar consensus to satisfy them.

Forty-odd years ago, to be working-class was to be in the mainstream of society, not its margins. British society was sufficiently open and dynamic that people from all backgrounds felt they could succeed on their own terms or work together to bring about political change. The sense that working-class people had a rightful place in society, and the collective power to take on those in authority, was the springboard for ambitious individuals. Today, by contrast, working-class people are viewed as a weird and thoroughly reactionary section of society.

Since the Blair years, there has been an attempt to reimagine a New Britain, and a conscious war against those who defined Old Britain – posh conservatives and the proletariat. Central to this has been the framing of the white working-class as racist, homophobic throwbacks who have little place in modern multicultural Britain. This has always had little to do with whether racism or xenophobia really are rampant on council estates (they aren’t). Rather, it has always been an ideological justification for demonising the poorer sections of society. The elite response to Brexit, wherein working-class Leave voters were vilified as low-information, racist tabloid-readers, has its origins in the vile sentiments of the Third Way establishment.

All of this has had a knock-on effect on working-class attitudes to education and beyond. The sociological causes of working-class underachievement are varied and complex. Some of them are not altogether new. A stagnant economy, combined with political parties determined to maintain the status quo, has contributed to the shrinking of horizons of a significant number of young working-class people. But the transformation of the white working-class into social pariahs is nevertheless key. After all, why would you cheerfully participate in a society that views you with suspicion and contempt?