The Flynn flip isn’t all it seems

And this unchecked investigation is a danger to democracy. 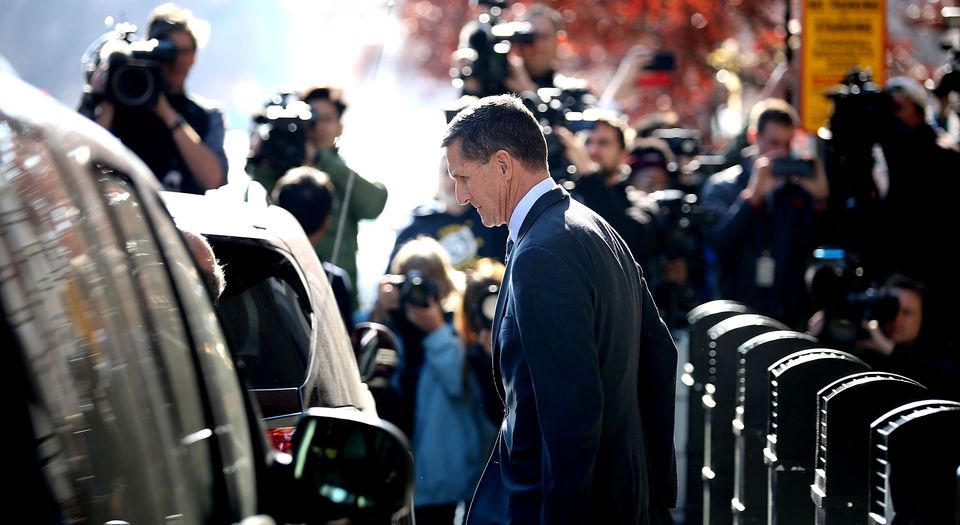 Last week President Trump’s former national security adviser, Michael Flynn, pleaded guilty to lying to the FBI about talks with the Russian ambassador in December – that is, talks that took place during the transition period between Trump’s election victory in November and his inauguration in January. Flynn’s guilty plea indicates that he is now cooperating with the investigation by special counsel Robert Mueller into alleged collusion between the Trump campaign and Russia.

Trump’s critics were excited by Flynn’s plea, seeing it as the start of the president’s downfall. The news that Flynn would now work with Mueller ‘feels earth-shattering, for good reason. It may be the moment that everything changed’, wrote Ruth Marcus in the Washington Post.

Like most of the claims made about Trump and Russia over the past year, that reaction is overheated. Flynn’s plea, in itself, is not big news. Mueller has not obtained a plea or indictment, from Flynn or anyone else, related to the issue of collusion, which was the issue that led to his appointment as special counsel. We have yet to see any evidence of collusion, and we just don’t know if Flynn has any dirt on the Trump campaign that will prove damaging.

Conveniently overlooking the lack of evidence on collusion, Trump opponents seized on the fact that Flynn held discussions with Russian officials during the presidential transition, with help from other members of the Trump team. As the New York Times put it, ‘Mr Flynn and others in Mr Trump’s campaign and transition team were secretly trying to undermine United States foreign policy as private citizens – which is not just wrong, but a criminal violation of the Logan Act’.

This, too, is hyperventilation. The talks were not illegal. Even Leon Panetta, Democrat and former CIA director and defence secretary, said it was a ‘stretch’ to say the law was broken. The Logan Act – which no one has been indicted under since 1803 – is a shaky foundation for a case. The Act was intended to prevent private individuals meddling in US foreign policy, not high-level officials of an incoming administration during the transition period.

Nor should contacts with the Russians during the transition be considered scandalous. It has been a longstanding practice for an incoming administration to develop relationships with foreign powers before taking office. The Obama team itself did it in 2008.

So, were Flynn and others trying to ‘undermine’ US foreign policy? The Obama administration had in December 2016 imposed sanctions on Russia for meddling in the election. Flynn then suggested to Sergey Kislyak, the Russian ambassador, that Russia should not respond in kind and escalate the conflict. It’s hard to describe that as ‘undermining’ US foreign policy. As it happens, everyone knew that Trump campaigned on improving relations with Russia. If anything, it was more unusual for the Obama administration to introduce a substantive foreign policy initiative in its final days.

Is Flynn’s plea deal and cooperation with Mueller dangerous for Trump, as his opponents claim? Or is it ‘nothing to see here’, as Trump’s lawyers argue? We don’t know, and it’s not helpful to assume one way or the other. But what we do know is that the special counsel’s investigation is already showing signs that it is troubling for democracy.

By this, I’m not referring to the case of FBI agent Peter Strzok, which has Republicans in a frenzy. Reports emerged at the weekend that Strzok, the lead investigator on the Mueller probe, was demoted in the summer when it was discovered he had sent anti-Trump texts to a mistress. Strzok, it was revealed, has been involved at every stage of recent government probes into politics: he was involved in the investigation of Hillary Clinton’s private email server; apparently, he changed the FBI’s description of her activities from ‘grossly negligent’ to ‘extremely careless’; he signed the document that opened a probe into Russian interference in the election; and he oversaw the interview with Flynn in January (in which Flynn lied to the FBI).

In Strzok, Republicans believe they have found the individual who can be blamed for it all: a pro-Hillary partisan who let her off the hook and kicked off a witch-hunt against Trump. But they forget that Strzok had superiors – in particular, then FBI chief James Comey – who signed off on everything.

While Strzok-gate is a stretch, there are disturbing aspects to the current investigations. For a start, it is worrying that the special counsel has been non-responsive to Congress. With all of the attention on Mueller, many don’t realise that both houses of Congress are also conducting their own, parallel investigations, and they have constitutional oversight authority over the special counsel. We have now learned that Mueller and the Department of Justice concealed information about Strzok’s demotion from the House investigators, despite earlier Intelligence Committee subpoenas that would have exposed those texts. They also refused to answer questions about Strzok’s dismissal and refused to make him available for an interview.

Moreover, the Department of Justice and the FBI have defied subpoenas for documents pertaining to both their surveillance warrants and the infamous Christopher Steele dossier, which was financed by the Clinton campaign and relied on anonymous Russian sources. (It was this dossier that is believed to have initiated the Comey-led probe into the Trump campaign.) It is not clear why Mueller and others are stonewalling, but it’s indicative of an operation that believes it is unaccountable to Congress and therefore the American people.

The problem with appointing a special investigator – like Kenneth Starr, who investigated Bill Clinton in the 1990s – is that they will go on a fishing expedition, given the wide latitude they are allowed. And this seems to be happening with Mueller, who is clearly exceeding his remit. First, he indicted Paul Manafort, Trump’s former campaign manager, on charges that pre-date Manafort’s work with the campaign, and have nothing to do with alleged collusion. Now, he has brought charges against Flynn that are also off-topic. Mueller’s appointment order concerns election interference, not the post-election political decisions of the winning candidate. Flynn may have lied to the FBI, but those lies were not relevant to the Mueller investigation’s stated purpose.

We don’t have to engage in the rhetoric about a rogue ‘deep state’ out to get Trump to recognise that Mueller’s investigation has strayed far from its original intent. He and the Department of Justice are ignoring our elected representatives in Congress and acting like laws unto themselves. That’s a problem.

If we step back, it’s clear that these inquiries are extended post-mortems on why Hillary lost, and Russia has been the convenient fall-guy for Clinton’s deeply flawed campaign. The Democrats have droned on since the election that Russia ‘hacked’ the election, and that therefore Trump’s presidency is illegitimate. These overexcited Trump critics have not waited for evidence, and it’s notable that they keep moving the goalposts. They started with Russian agents planting fake news and tinkering with election results in localities, with the Trump campaign coordinating it all with the Kremlin. But now that those claims have been widely discredited, they have moved on to Logan Act violations and obstruction of justice. It’s neverending.

There is enough circumstantial evidence, and enough political uncertainty, to justify looking into the Trump campaign and potential Russian interference. But it should be primarily led by Congress, not an unrestrained special counsel. In the meantime, the prudent course would be to wait and see what comes of the investigations, and not jump to conclusions.