Gay men, stand up for yourselves

Even after the Spacey scandal, let’s defend risky sex. 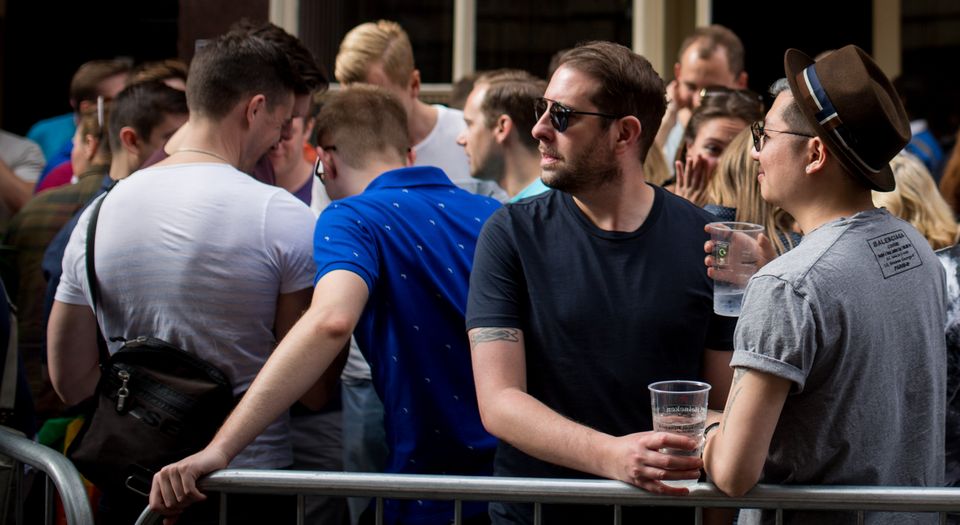 Post-traumatic stress disorder used to be something with which only soldiers were diagnosed. Now it seems that it’s not only the horrors of war that can leave people traumatised, but rather more minor incidents. How else should we understand filmmaker Tony Montana’s claim that Kevin Spacey ‘[putting] his hand on my crotch forcefully and [grabbing] my whole package’ at a gay bar in 2003, when Montana was 30 years old, left him feeling ’emasculated’ and suffering from ‘post-traumatic stress disorder for six months’? Montana also admitted that the only people who hitherto knew of the incident were his ‘therapists’ – yes, that’s therapists!

Montana’s claim to victimhood followed that of actor Anthony Rapp, who alleged that at a party in the 1980s, when Rapp was 14 years old, a drunken Spacey ‘picked [him] up, placed him on his bed, and climbed on top of him, making a sexual advance’. Rapp then pushed Spacey off and that was the end of the encounter.

Or at least it should have been. Rapp, like Montana, had been the subject of Spacey’s unwanted attentions, and, like Montana, he had firmly rejected him. But it wasn’t the end, because Rapp continued to ruminate on the incident until he came to view himself, again like Montana, as a victim. And that tells us something worrying, I believe: that gay men are increasingly keen to embrace victim culture.

The rise of victim culture can be partially attributed to the indoctrination of generations of students in feminist ideas, especially that of ‘rape culture’. Rape culture is not a recent idea developed in response to new data detailing the rise of sex crimes in the Western world. Rather, it is a rebranding of old feminist theorising from the 1970s.

Its propagation has had two crucial effects: first, that young women now believe that in order to protect themselves from rape, they must forfeit their personal freedom and invite external authorities into their sex lives; and secondly, that many now believe that in order to tackle rape culture, judicial principles, from due process to innocent until proven guilty, must be circumvented.

What this looks like in practice is detailed in Laura Kipnis’s Unwanted Advances: Sexual Paranoia Comes to Campus. Kipnis describes campus sexual-assault cases investigated under Title IX, the controversial US federal law that ensures gender equity in education, and which informed the Obama administration’s infamous decision to force colleges to use the lowest possible standard of proof, a preponderance of evidence, in sexual-assault cases. In effect, this meant that those accused of sexual misconduct, from students to faculty, were denied due process, and subject to campus kangaroo courts. Now this sex panic is moving beyond university campuses and into general public life.

It now seems that where feminists trailblazed, gay men are set to follow. But gay men should consider what they stand to lose if they continue down this path of treating every difficult encounter, sexual or otherwise, as potentially traumatic and needing regulation. Because as soon as you invite an external agent into your sex life, on the grounds that you are at permanent risk, it can be very difficult to get them out again. This is what has happened to American college students, who are now stuck with Title IX administrators in their intimate lives.

With the campus sexual-abuse panic spreading to Hollywood, we’ve seen an explosion of allegations on social media and in the press (but very little, as yet, in the courts). In virtually every case, guilt has been presumed, and punishment has been swift. In such a context, gay men should be very cautious about embracing this crusade against alleged sexual abuse, given that we make such great scapegoats during moral panics.

Even before the Spacey allegations came to light, one could see the influence that feminist rhetoric about rape was having on gay men. Writer Mark Ambinder suggested in a recent USA Today piece that gay men ‘police’ themselves in gay social settings in order to prevent anything that might fall under the ever broadening net of ‘sexual assault’ – including any of the touching and groping that often occurs in gay nightclubs without prior consent being obtained. Given the history between gays and the police, I find it interesting that Ambinder would be so quick to submit gay men to ‘policing’ of any kind.

Given the speed with which students and academics started betraying one another in the land of Title IX, I don’t think gay men should be in any rush to allow the ‘policing’ of one another’s pleasure. More recently, Jesse Doris suggested in the New Yorker that gay men should start our own ‘whispering network’ about ‘dangerous men’ – even though this strategy ultimately failed to protect any of the women who made allegations against Harvey Weinstein.

More importantly, gay men already have the solution to the problem of sex and risk that feminists have been resistant to adopt – namely, to take responsibility for our own sex lives. There are risks in this, but there is also the possibility of hot sex that one won’t find by staying at home. Indeed, it is the risk which lends a potential sexual encounter its charge, its excitement.

What if someone gropes you at a bar and you don’t like it? Tell them! Be prepared to defend yourself. Be honest with yourself about what level of risk you are comfortable with taking in potential encounters, and don’t expect that someone else will necessarily come to your rescue. And understand that risk exists even with those whom we think we know, as the writer Richard Morgan detailed in his article about being drugged and sexually assaulted by an acquaintance.

Certain women can fall back into a chaperoned existence if they choose, but gay men never had that luxury to begin with. If gay men surrender their autonomy in their sex lives, they risk an end to gay sexual adventure itself.

Kevan Copeland is a writer based in Toronto.