Can Meghan’s glitter replace the ‘magic’ of monarchy? 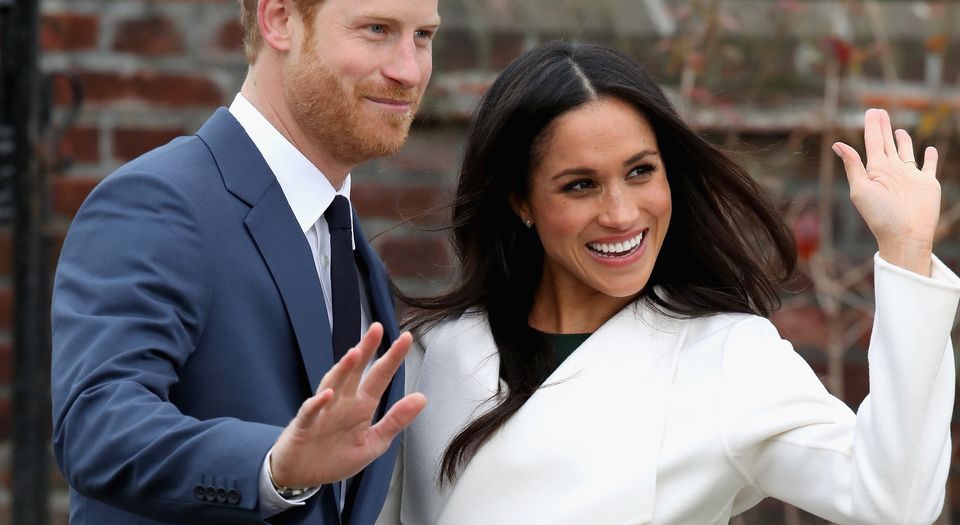 Everybody appears delighted about Prince Harry’s forthcoming wedding to the American actress Meghan Markle. Excited commentators claim that the union of the British royals with a mixed-race feminist divorcee celebrity humanitarian will ‘drag the monarchy into the 21st century’ and make them ‘more like us’.

Even us republicans should surely wish a young(ish) couple well for their future. If you are a proper royalist, however, you should probably be worried about what the Harry and Meghan show – and the Wills and Kate circus before them – means for the future of the monarchy. Their celeb-style popularity could further undermine the important political role the Crown has played for the British elites over the past 150 years.

As historical coincidence has it, this year marks the 150th anniversary of the publication of the establishment’s constitutional bible, which set down the function of the monarchy and other state institutions in maintaining the political status quo. Walter Bagehot’s The English Constitution (1867) throws a different light on current royal events than the latest round of pre-marital gushing in the media.

For Bagehot, a stable system of government such as Victorian Britain’s required two sides to its constitution: ‘First, those which excite and preserve the reverence of the population – the DIGNIFIED parts, if I may so call them; and next, the EFFICIENT parts – those by which it, in fact, works and rules.’ The state bodies at the sharp end of government business were ‘efficient’. Chief among the ‘dignified’ bodies, standing above the dirty business of politics, was the monarchy.

As the dignified heart of the system, the monarchy exists to gain public authority, which the efficient parts can then put to use. For Bagehot, an institution such as the monarchy must ‘first win the loyalty and confidence of mankind’, so that the state machinery might ‘then employ that homage in the work of government’. The dignified parts ‘raise the army, though they do not win the battle’.

In order to play this role of winning public homage, Bagehot explained, the monarchy must always project an almost superhuman aura of ‘magic’: ‘The elements which excite the most easy reverence will be the THEATRICAL elements – those which appeal to the senses, which claim to be embodiments of the greatest human ideas, which boast in some cases of far more than human origin.’

Ms Markle might be an actress, but could her newfound fans claim her ‘theatrical’ gifts are of the ‘more than human origin’ Bagehot prescribed for the health of the British ruling class?

This is less an argument about abstract constitutional principles than real political power. Although Walter Bagehot was not himself a raving royalist, he identified the practical importance of the ‘dignified’ British monarchy as a block on the rise of popular democracy.

The English Constitution was written at a time of political ferment, amid a fierce struggle over extending the right to vote. The 1867 Representation of the People Act (known as the Second Reform Act) immediately doubled the number of voters in England and Wales to two million (out of an adult male population of seven million). This enfranchised some urban working-class men for the first time; women would have to wait until well into the 20th century.

Like many of his ‘enlightened’ peers, Bagehot, who was then the editor of The Economist, was horrified at the prospect of giving the vote to men of ‘the common ordinary mind’, as he spelt out in his introduction to the book’s second edition, published just after the 1867 act was passed. ‘And no one will contend’, he assured his readers, ‘that the ordinary working man… can judge much of intellectual matters’. If the power to elect governments and change the system were handed to such ‘ordinary’ men, and political leaders deferred to their will, then ‘Vox Populi’ [the voice of the people] will be Vox Diaboli’ [voice of the devil].

The ‘most certain fact in nature’, for Bagehot, is ‘the unequal development of the human race’. Why, even in civilised Victorian England, they had ‘crowds of people scarcely more civilised than the majority of two thousand years ago; we have others, even more numerous, such as the best people were a thousand years since. The lower orders, the middle orders, are still, when tried by what is the standard of the educated “ten thousand”, narrow-minded, unintelligent, incurious.’ Yet these democratic reformers insisted on giving such barbarians the vote!

How, asked Bagehot, could they ensure that the newly enfranchised class would continue to ‘submit’ and ‘defer’ to the leadership of ‘their betters’? Here was a job for those ‘dignified’ parts of the constitution, which could inspire ‘the ruder sort of men’ to ‘sacrifice all they hope for, all they have, THEMSELVES, for what is called an idea – for some attraction which seems to transcend reality, which aspires to elevate men by an interest higher, deeper, wider than that of ordinary life’. One big ‘idea’ that ‘the ruder sort of men’ might sacrifice themselves for was of course Queen and Country.

Bagehot was quite certain that the monarchy was key to the stability of the British system. ‘The use of the Queen [Victoria], in a dignified capacity, is incalculable’, he wrote. ‘Without her in England, the present English Government would fail and pass away.’ A system with a constitutional monarch on top was so important, he said, because ‘the mass of mankind understand it, and they hardly anywhere in the world understand any other’.

Unlike ancient societies, Bagehot observed, in Britain ‘We have no slaves to keep down by special terrors and independent legislation. But we have whole classes unable to comprehend the idea of a constitution – unable to feel the least attachment to impersonal laws.’ By contrast, a constitutional monarchy ‘has a comprehensible element for the vacant many, as well as complex laws and notions for the inquiring few’.

The contempt for mass democracy and ‘the vacant many’ which underpinned Bagehot’s support for the ‘dignified’ monarchy becomes clearer still when The English Constitution discusses the notion of a royal family making its private affairs public – a novel concept in Victoria’s times. ‘A FAMILY on the throne is an interesting idea also’, says Bagehot. ‘It brings down the pride of sovereignty to the level of petty life. No feeling could seem more childish than the enthusiasm of the English at the marriage of the Prince of Wales… The women – one half the human race at least – care fifty times more for a marriage than a ministry.’

A royal family, then, and especially a ‘princely marriage’, could help to keep the ‘childish’ masses loyal and in blissful ignorance of the real workings of government. For Bagehot, news of the life of the royal family ‘sweetens politics by the seasonable addition of nice and pretty events’ and ‘introduces irrelevant facts into the business of government, but they are facts which speak to “men’s bosoms” and employ their thoughts’.

Some might imagine that the impending marriage of Prince Harry and Ms Markle fits Bagehot’s bill for the political role of the royal family. Far from it. Today’s young royals appear more like modern media celebrities than regal princes. That might make William or Harry seem popular, with a ‘common touch’. Yet it also undermines and threatens to destroy the sense of a mystical higher power that Bagehot identifies as crucial to the political magic of the monarchy.

Because, to serve their function for the system, the royals are not supposed to be ‘like us’. ‘When a monarch can bless’, says Bagehot, ‘it is best that he should not be touched. It should be evident that he does no wrong. He should be aloof and solitary… to be a visible symbol of unity to those still so imperfectly educated as to need a symbol.’ To be an inviolable, perfect, aloof and solitary symbol seems the direct opposite to our princes’ role as celebrities, who give media confessions of mental-health problems and make karaoke appearances with pop stars while their PR machine cranks out endless details of their personal lives.

‘Above all things’, writes Bagehot in a warning that might ring down the ages to modern monarchists, ‘our royalty is to be reverenced, and if you begin to poke about it you cannot reverence it… Its mystery is its life. We must not let in daylight upon magic.’ Never mind ‘daylight’, the ‘magic’ of the monarchy is now being voluntarily poked to death under the constant glare of media and social-media attention.

The main reason Bagehot saw secrecy and magic as so important, remember, was to enable monarchy to ‘act as a DISGUISE’ for the exercise of state power. Behind the symbol of the throne, the constitutional device of the royal prerogative has long allowed British governments to declare war and do much else without asking parliament or the people. Dressing up power in royal robes, concludes Bagehot, ‘enables our real rulers to change without heedless people knowing it’. Such secret elite power remains critical to the stability of the allegedly democratic system because, says Bagehot on behalf of his class, ‘The masses of Englishmen are not fit for an elective government; if they knew how near they were to it, they would be surprised, and almost tremble’.

Exactly 150 years later, it becomes increasingly difficult to imagine the monarchy being able to play such a political role – especially once the Queen, last symbol of the old order, is replaced by the celebrity princes. ‘The masses’ today do not tremble at the idea of elective government. Indeed, as the majority of voters showed in last year’s EU referendum, what makes more people shake with anger is the lack of democratic control experienced in our lives. The popularity of a princely wedding is unlikely to detract those despised ‘common ordinary minds’ from demanding more democracy.

The only people who still seem to believe in the ‘magic’ and ‘more than human’ powers of the monarchy are the sort of middle-class metropolitan pundits who have filled the media and social media with praise of the coming royal wedding this week. As Tom Slater notes elsewhere on spiked, they have turned Meghan Markle into ‘Generation Woke’s Princess Diana’. They thus endow her marriage to Prince Harry with the mystical ability to transform the country; as one liberal columnist has it, the moment those two say ‘I do’, then ‘Britain’s relationship with race will change forever’.

These people are the inheritors of Bagehot’s contempt for the ‘common’, ‘uneducated’ masses. They look down upon ‘the vacant many’ as ignorant bigots whose vote for Brexit truly was ‘Vox Diaboli’, and hope that a wave of the royal wand can change all that. The bad news for them is that royal trivia ‘of nice and pretty events’ which ‘introduces irrelevant facts into the business of government’ seems unlikely to serve the purpose Bagehot wished for, in making the people ‘submit’ to the rule of ‘their betters’.