The elites are in revolt against the people 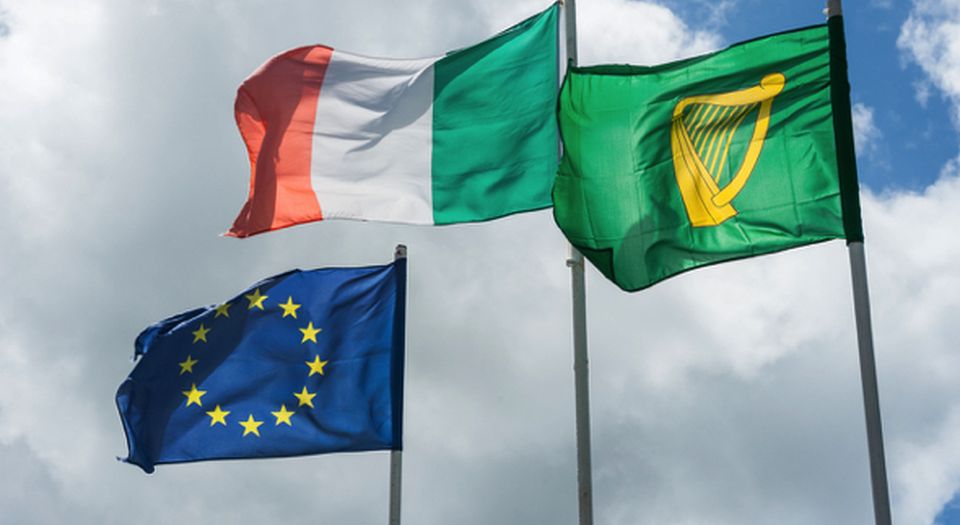 Some in the British political class have no shame. Having historically thwarted democracy in Ireland — because they didn’t like what those allegedly thick, drunk imbeciles were demanding: national independence — now they’re using Ireland to try to thwart democracy in Britain. To weaken the largest democratic vote in the history of this nation: the vote for Brexit. Because now they don’t like what their own low-information, cognitively dissonant people (the language has become more PC over the decades) are demanding: a break from the EU and a new politics. This use of the Irish question as an instrument of pressure against the demands of the British demos might be the most cynical, dangerous act of elite anti-democracy of the past 18 months.

The EU oligarchy, desperate to soften the mass democratic blow that 17.4million Brits delivered to it last June, is marshalling the Irish to its low, shameful cause. It is cajoling the Irish government to make its nation, and its border with the UK-ruled north of Ireland, into a stumbling block in the Brexit talks. And the Irish political elite, craving the political blessings of Brussels far more those of its own people, is playing along. It has decided that being a patsy of the EU will bring it political benefit. Which it might in the short term. But it forgets at its peril the strength of democratic anti-EU feeling among its own populace.

The Irish ratcheted up the EU’s anti-Brexit bidding this weekend, with Irish EU commissioner Phil Hogan promising Dublin would ‘continue to play tough’. Under the guise of ensuring that the soft border between the Republic of Ireland and Northern Ireland doesn’t become a ‘hard border’ post-Brexit — which all the Ireland exploiters unconvincingly claim is their sole concern — Hogan insisted Britain must stay in the customs union, and ideally the Single Market. This would offset any future ossification of the border between a Republic in the market and a Northern Ireland out of it, he said. Ireland will veto the Brexit deal, some in Dublin warn, unless Britain stays in the market.

This is political blackmail, pure and simple. It is the wielding of vetoing power by one nation against another; by the Irish elite against the British electorate; by commissioners in the smokeless, demos-free committee rooms of Brussels against the plebs of Britain whose demands they despise. Its message is as clear as it is sinister: the Irish will block Brexit negotiations unless Britain continues to submit itself to the undemocratically designed rules of the Single Market, including on freedom of movement. Ireland, goaded on by the EU, is using its clout to put pressure on Britain to weaken, if not renege on, the very thing the 17.4million voted for: the right of the public to play a role in deciding on such matters as border controls, numbers of new migrants, the making of laws that affect the nation, and so on. ‘Override the cry of the masses or we will punish you’ — that’s the craven demand from Dublin.

Dublin is following EU orders. Earlier this month, a leaked memo from the European Commission insisted there could be no ‘regulatory divergence’ on the island of Ireland. The ‘rules of the internal market and the customs union’ would have to apply to ‘all [of the] island’ of Ireland. Without a guarantee on this, the Brexit talks will stall, it warned. Consider what is being said here. The EC, this oligarchical machine beyond the reach of us mere plebs, is telling the British government what it may and may not do in its own territory. It is telling it that the thing a vast swathe of its people voted for may only be partially implemented, in certain parts of the UK only. This sums up the tyrannical instincts of the EU, its contempt for the sovereign rights of nations.

The EU and its Dublin lackeys have made clear that they’re willing to risk tension, possibly even conflict, to prevent Brexit from being fully realised. The EC is not stupid, whatever else it might be: it knows the passions a phrase like ‘all-island’ will stir up. It knows that to Unionists in Northern Ireland, and to many in London, the proposal of an ‘all-island’ Irish approach to economic matters is likely to arouse bitter emotions and arguments over the historic, still unresolved question of Irish nationhood. But it doesn’t care. Indeed, it has sat back and smiled as Unionists have fulminated against the pulling of Northern Ireland into an all-island arrangement against their will, and as London has pleaded that Northern Ireland not be turned into a battering ram against Brexit. There is a darkness, a highly bureaucratic sense of vengeance, an allergy to democracy so intense that it is willing to risk tension if it will successfully weaken a national vote, in this cavalier weaponisation of Ireland against British democracy.

Alarmingly, sections of the British political and media classes are running with this weaponisation — with glee. The classes who in the past shrugged their shoulders over Britain’s contempt for democracy in Ireland now do likewise over Ireland’s contempt for democracy in Britain. The liberal (sic) press is packed with commentary on how the Irish question usurps the British vote. Labourites, including Jeremy Corbyn, flag up the dangers of a ‘hard border’. At the weekend, the Welsh minister for finance told a conference in Dublin that Northern Ireland must stay in the Single Market. On the back of EU-inflamed Irish concerns, the British political elite uses the Irish Question — or the Irish Excuse — to demand a rethink of Britons’ democratic demand for change.

We are living through a revolt of the elites. A revolt of the elites against the public. Whether they’re using their business clout to stymie Brexit in court, or their Commons clout to insist on a second referendum, or the clout of the Irish to put off enacting Brexit, sections of the British and European political elites are working tirelessly to silence our democratic voice. Right now, the odds seem stacked against those of us in Britain who still believe in democracy. But we can take comfort in our own numbers — we’re more populous than any political movement in British history — and in the good sense of the Irish people. On the two occasions they were asked to ratify EU Constitutions, in 2001 and 2008, they said ‘No’. That was one of the things that gave many of us Brexit voters the confidence to reject the EU last year. British democrats and Irish democrats should align themselves against the EU, and against our political elites whose desperation and distaste for democracy are now so intense that they happily pit nations against one another to the end of undermining a vote they don’t like.