Panic on the streets of London

Yes, fear of terrorism is bad. But so is fear of discussing it. 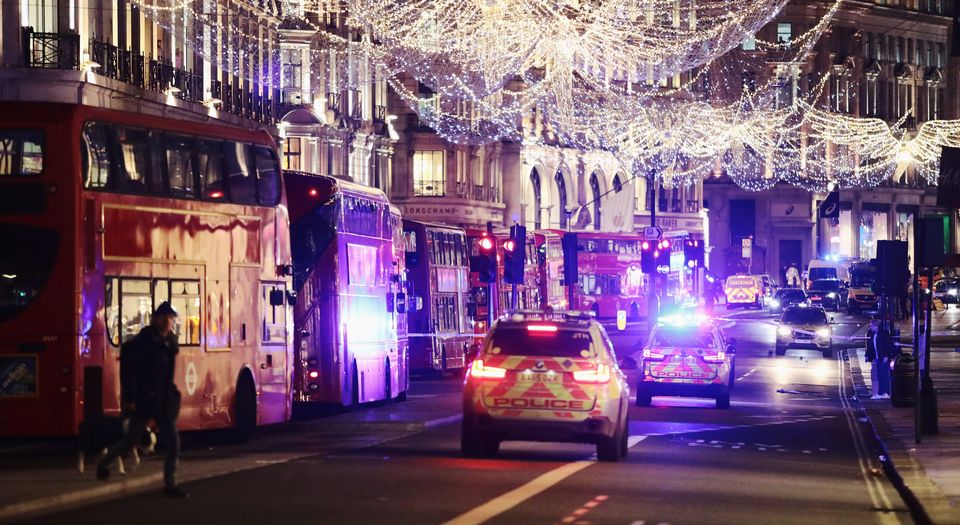 On Oxford Street on Friday, it seemed during an hour or so of confusion and panic that the bloody pattern that has so marred this country this year, which has claimed the lives of 36 citizens, was about to repeat itself. Oxford Street was full of shoppers availing themselves of Black Friday deals; Christmas lights twinkling, as tourists and Londoners began the run-up-to-Christmas bustle; people enjoying themselves in that heady mix of consumerism and public festivities that Islamists so loathe. Then, there was what sounded like gunshots, stampedes out of Oxford Circus station, armed police filling the streets, and panicked tweets from people barricaded inside shops and hotels.

It turned out to be a false alarm. The stampede out of Oxford Circus was caused by an altercation between two men. The police found no proof of gunfire – though many witnesses reported hearing something like it. Shoppers merely responded spontaneously to a coincidental series of factors that made it seem like the worst thing imaginable was happening, for the sixth time on Britain’s streets this year. The response to the Oxford Circus confusion from the Twitterati and opinion-forming set has been striking, not only in its scorn for those spreading misinformation about the attack, but in its desire to hush any conversation of the Islamist threat that sparked the panic on Friday.

Now, certain outlets have a lot to answer for in terms of how they responded to the events on Oxford Street. The Daily Mail claimed that a lorry had ploughed into pedestrians, based on an unconfirmed tweet from 14 November, referring to an entirely different, seemingly non-terror-related incident. The Associated Press tweeted that the police had confirmed there was gunfire, when they were only responding to reports of gunfire. The churnalistic nature of the 21st century online press, in which a collection of embedded tweets is sometimes treated as a primary source, is a particularly dangerous approach to take to sudden attacks like this, in which misinformation and confusion immediately swirl.

A panicked society is precisely what Islamists want to achieve, and the media shouldn’t be ratcheting up that climate at the first sign of ‘an incident’. With bombs and guns and knives and trucks, these barbaric Islamist radicals kill innocent citizens and destroy the lives of those they leave behind. It does nothing to dishonour the dead to say that we must not let these scumbags destroy our way of life, too – to allow our civil liberties to be eroded or our way of life to be chilled by fear. But we also have to recognise that they not only want to scare us, they want to kill us, too. And that, oddly enough, scares people – not least in a year when they’ve pulled it off time and again.

The public have shown admirable resilience in the wake of terror attacks, but we still have a right to be a bit on-edge about those out to do us harm. And the calm appeals from commentators to keep our cool in response to reported incidents would carry far more weight if they weren’t also telling us to calm down about the Islamist threat itself, blithely reminding us we’re more likely to die in the bath than at the hands of Islamists, and then saying that we should, if anything, be more scared of the measly, pathetic far-right. That the incident on Oxford Street on Friday coincided with the barbaric slaughter of 305 Sufi Muslims in a Sinai mosque was also, bizarrely, held up as another reason we Brits should just calm down: it’s worse over there, they said, as if we didn’t know that.

In the wake of Islamist terror attacks we now see two versions of the politics of fear. A politics of fear that says we need to panic, clamp down, be cautious, change our way of life in the name of defending it; and a politics of fear which suggests that talking about the Islamist threat, never mind doing something about it, is too dangerous – it could unleash that Islamophobic backlash that seems only to exist in the minds of the pleb-fearing Islingtonites. The response to what, mercifully, turned out to be a false alarm on Oxford Street on Friday, wasn’t just about the Mail’s editorial standards. It was about an opinion-forming set that would rather we calm it about Islamism itself – all because they fear us, the public, more than they do terrorists.