What should schools teach?

A new book makes the case for imparting knowledge and pursuing truth. 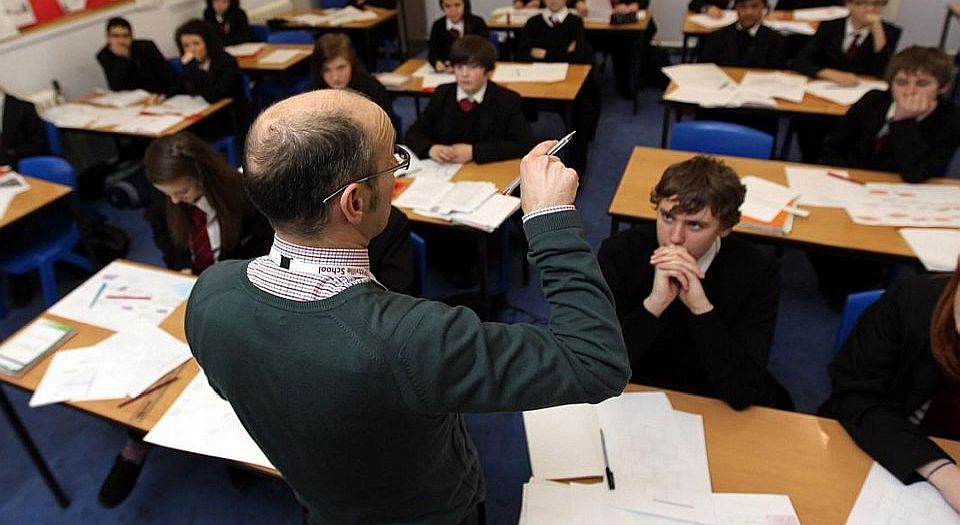 In the UK, decades of political meddling in the curriculum have resulted in endless lists prescribing what – and how – teachers should teach. How refreshing then, that unlike many educational policy prescriptions, What Should Schools Teach? does not offer a dazzling list of innovative academic hybrids, along with an interactively inspirational flowchart of how to deliver them.

Rather, the answer is laid out in beautiful clarity, in chapters on mathematics, foreign languages, physics, biology, history, geography, English literature and art – not as an exhaustive list, but the beginning of a conversation about why these core subjects continue to be essential and relevant to the 21st-century curriculum.

Why should schools teach mathematics? Usually, this question would be answered with the ‘duh!’ of pragmatic common sense: to survive in the modern world, people need ‘numeracy skills’. But Cosette Crisan’s chapter transcends this dull instrumentalism, with her account of the discipline as:

‘A powerful tool for making sense of the world; an art with its aesthetic appeal; a language with its syntax and syntactic rules that facilitate precise, concise and rigorous communication; a poetry that I read and do for pure enjoyment; and a creative art, with its struggles, frustrations and elations.’

According to Cosan, the ‘utlilitarian’ view of maths, ‘as a “tool” subject that equips pupils for solving problems’, is a ‘good reason for its inclusion in the school curriculum’. But it’s one that fails to appreciate the ‘intrinsic value’ of mathematics as a school discipline that introduces pupils to ‘the great ideas and controversies in human thought’.

Children often don’t like learning maths, but they find art quite fun. Is this a reason to include it in the curriculum? Again, the tendency to focus on the ‘how to’ of art as a school subject, and to view it as a creative break from the boring stuff, gives the subject a one-sided dimension, which deprives pupils of knowledge and insight of art as a discipline. Studying the history of art alongside practical skills and application would, argues Powell, foster an appreciation of ‘the centrality of the individual in art, as both a subject and as an interpreter, of our cultural practices and our relationships with nature’.

Shirley Lawes’s chapter reveals the wealth of possibility offered to all children by learning a foreign language. To learn a foreign language is to ‘open a new window on the world’, which enables pupils to ‘move beyond their parochial, subjective experiences, to appreciate cultural achievements that have spread beyond national boundaries and are part of universal human culture’. As such, language learning ‘should be seen as an essential part of the education of every individual’.

Yet almost as soon as the possibility arose to open this window on the world for more children, it was narrowed by an instrumental focus on teaching language as a ‘skill’ that would benefit the needs of the economy, and become easy for children to acquire at a rudimentary level. The study of history and literature became superseded by ‘a “get by” toolkit of transactional and “survival” language’. As a result, argues Lawes, ‘Even the small proportion of pupils who continue to learn a foreign language beyond the compulsory minimum acquire very little cultural knowledge, and thus the “window on the world” is shut.’

In the book’s foreword, Michael Young, professor of sociology of curriculum at UCL Institute of Education, recommends that it is read inside out, starting, if you’re a teacher, with the chapter on the reader’s own subject, before exploring other chapters and the Introduction. This brings to the fore the exceptional quality of What Should Schools Teach? – its grounding in the authors’ knowledge of, and passion for, their subjects and the disciplinary approach behind them.

Each chapter is written by secondary-school teachers and lecturers, each of whom, explain the editors, ‘describes [his or her] discipline, how it evolved in relation to an area of human enquiry and how it helps is to explore an aspect of truth’. This is important, not because the chapters ‘present the only, or even the best, account of disciplinary knowledge in the curriculum’, but because ‘each chapter illustrates the kind of curriculum thinking that should be going on in schools and in relation to education policymaking’. This is a thinking that should centrally involve teachers and academics who, as specialists in their disciplines, are the only people who are equipped to make a genuinely educational case for what schools should teach.

The recent re-promotion of academic subjects, through former education secretary Michael Gove’s reforms to GCSEs and A-levels, provided a much-needed counter to the flabby, content-lite substance of previous years. These have at least opened the door for subject specialism to come back into its own. Unfortunately, this possibility remains bounded by instrumental demands, political agendas, and an overarching distrust of teachers. The content of what schools are supposed to teach may have improved, at least in the sense that there is more of it; but the imperative to deliver prescribed outcomes, stick to the mark scheme, and prioritise attainment over understanding continues to dominate educational practice.

As such, the question raised by What Should Schools Teach? is as much about the relationship between teachers and their subjects, as it is about the content of the school curriculum. Each chapter speaks eloquently to the way that subject knowledge becomes a living, humanising, enriching thing, through those who teach it. Education is more than skills; knowledge is more than facts; teaching is more than meeting performance goals. That is why, explain Standish and Sehgal Cuthbert, schools need teachers who are ‘well-versed in disciplinary knowledge’ and have the autonomy to bring this to the classroom, rather than being held to account for their skill in jumping through hoops.

What Should Schools Teach? Disciplines, subjects and the pursuit of truth, edited by Alex Standish and Alka Sehgal Cuthbert, is published Institute of Education Press 2017. (Buy this book from Amazon(UK).)