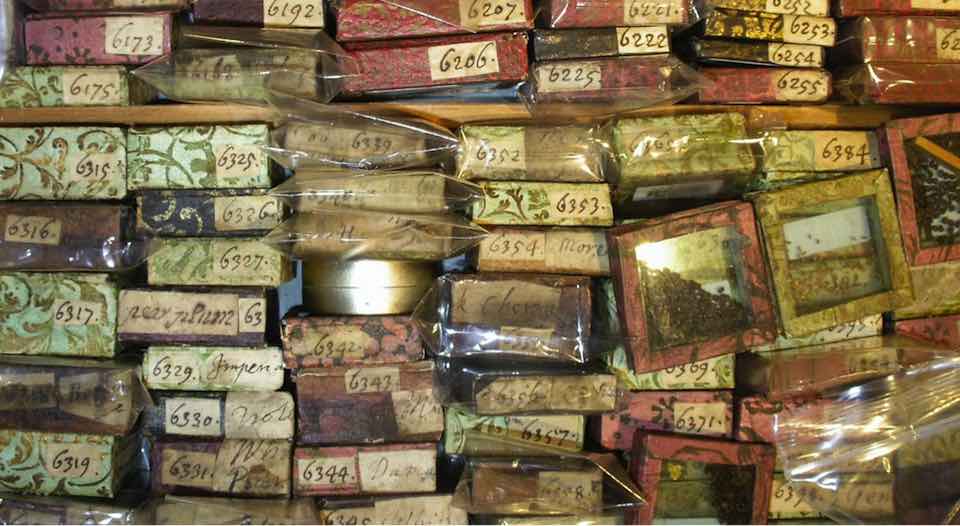 Cataloguer of curiosities, maker of modernity

Sloane Square, Sloane Street and Hans Place contain some of London’s most desirable addresses, but what do the occasionally resident Qatari princelings and Russian oligarchs, or retreating English ‘Sloane Rangers’, know about the man after whom their chic streets are named? Hans Sloane sometimes seems to be hiding in plain historical sight, forgotten despite these street names, and others through that district. And his legacy extends infinitely wider than these prosperous purlieus, helping shape England’s intellectual life and the history of science, and so the modern world. It is Rutgers-Harvard historian James Delbourgo’s task to extricate Sloane from relative obscurity, absolve him from accusations of amateurism, collectionitis, connoisseurship and dilettantism, and examine the sometimes troubling origins of British identity, and epistemology then and now.

Examination is overdue. There have been spasmodic academic investigations into Sloane – Delbourgo contributed to one 2012 essay collection – but no biography since 1954. Sloane rarely merits even footnote mention in histories of medicine or science, although he was secretary to the Royal Society for 20 years and its President for 14, was central to the foundation of the British Museum and its Natural History and Library offshoots, and provided incomparable source material for the likes of Linnaeus. Sans Sloane, anthropology and ethnology would have taken longer to emerge. Why is he not better remembered? What was it like to be an intellectual in late Stuart, early Enlightenment England? What is the precise nature of his legacy? How does the science of then differ from today’s? And, as Delbourgo asked in the Atlantic last year, ‘Who owns antiquity?’ Delbourgo seeks answers to all kinds of interesting questions, and happily provides them.

Sloane was born in 1660, in the Down town of Killyleagh. His Scottish father and English mother were of Plantation stock, helping root Protestantism in unruly Ulster. His father worked as agent for his relative the 2nd Viscount Clandeboye, and prospered in his own right, but died when Sloane was just six. At 16 Sloane nearly succumbed to a ‘violent hæmorrhage’, making him unusually mindful of his health, abstemious and moderate, although this may also stem in part from his theology. He showed early interest in the natural world, exploring the landscape around Strangford Lough and bird-nesting on nearby islands, and was able to avail of Killyleagh Castle’s library. Details of his youth are sketchy, but he probably assembled his first finds in emulation of aristocratic ‘cabinets of curiosities’, of the kind that can still be seen in country houses – improbable assemblages of collected or come-across objects, artificial and natural oddments arranged as decorative conversation-pieces for the leisured. Anticipating his own and others’ criticisms of privileged enquirers, Delbourgo reminds us that Sloane’s comforts and freedoms were obtained at the expense of dispossessed Catholics – cultural appropriation derived from territorial expropriation.

He went to London in 1679 to study medicine, and became acquainted with John Ray and Robert Boyle. He gathered botanical specimens in France (Ray utilised these for his Historia Planetarium) and gained his doctor of medicine (MD) at the Huguenot University of Orange. He was admitted to both the Royal College of Physicians and the Royal Society before going to Jamaica in 1687, as physician to the incoming governor, the Duke of Albemarle. He spent 15 formative months there tending to mostly English patients, including the privateer-politician Henry Morgan and of course the duke, and exploring the safer parts of the island’s interior. He accumulated things indefatigably, not to say indiscriminately, from minerals to bones, insects to plants, antiquities to folk art, and shell-encrusted pieces of shipwreck to musical instruments, which he catalogued in near-obsessive detail. He was fortunate to find, in that enervating environment, painstaking draughtsmen to draw his finds, later published as the lavish, two-volume Natural History of Jamaica, which Delbourgo calls ‘a hybrid of providentialism, profit and savagery designed simultaneously to enlighten and beguile’. The title page was emblazoned with an evocative verse from the Book of Daniel, that had been used by Francis Bacon – ‘Many shall run to and fro, and knowledge shall be increased’.

He took an interest in almost everything, accepting of whatever he found but in so doing being effectively exploitative. Like most of his contemporaries, he was purblind about slavery – ironic because English Protestant imperialists felt morally superior to Spanish Catholic ones, and made agitprop use of Iberian inhumanity. He treated sick slaves, but rather as a vet would treat valuable livestock, less empathetic to their sufferings than to those of the English, holding them to different standards. Yet paradoxically he noted aspects of their lives that would otherwise have remained unrecorded; for example, he was responsible for the earliest transcription of African music in the Americas. It is only fair to remember that the newly imperial English were in global rivalry with equally unscrupulous others, intoxicated by the world’s new wideness, more interested in money-making and naval strengths than in contemplating navels. He also met his future wife, married to a plantation owner but who would soon be widowed, whose slave and sugar-derived funds would prove vastly useful (more reason not to notice slavery), and gave him daughters to carry his genes into gentlemanliness.

He returned to England with Albemarle’s badly-embalmed body, accompanied by portmanteaux of exotica, materia medica and live animals, including a seven-foot snake. He resumed his practice, promoting the use of quinine, inoculation against smallpox, and the drinking of chocolate, earning a reputation for discretion and urbanity which allowed entrée to the capital’s bon ton, ultimately including royalty. So greatly did he prosper that he naturally attracted resentments, with Tory satirists calling him ‘Dr Slyboots’, and Isaac Newton descending from rarefied heights to call him ‘villain and rascal’. But Sloane kept on imperturbably, from his Bloomsbury home furthering all kinds of scientific enquiries and transactions, with a global correspondence and an open wallet. Among celebrated visitors was Handel, who supposedly enraged him by placing a buttered muffin on a rare book. Having outgrown one house, he bought the one next door, and then the manor of Chelsea as country retreat. He covenanted the site of the Chelsea Physic Garden in perpetuity to the Worshipful Company of Apothecaries – for which alone he ought to be honoured by moderns.

When he died in 1753, he was the owner of a unique treasure-trove, mostly natural-history items, but including 23,000 coins and medals, 50,000 books, prints and manuscripts, and 1,125 ‘things relating to the customs of ancient times’. He willed it should be made available to the nation for just £20,000, on condition it became ‘a museum, visited and seen by all persons desirous of viewing the same and rendered as useful as possible’. And it did, the British Museum opening not far from his old houses – its existence helping codify the still-settling national identity just seven years after Culloden, and furthermore solidifying European civilisation’s claims to global dominance, and all of modernity. Who owns antiquity indeed, and why it matters…territory increasingly fought over.

For all its liberal protestations, our age can be arrogant, treating history as irrelevant, or the past as another country populated by ignoramuses, oppressors and retrogrades. It is accordingly easy to overlook a man whose wide-angle lens could imply inability to focus, and whose energies were expended across so many fields of enquiry. For all his assiduity and organising intelligence, maybe Sloane was simply outshone by even more brilliant stars – his labours less quantifiable than Boyle’s Law, Linnaean nomenclature or Newton’s Principia, less obviously engaging than Pepys or Evelyn, less tangible than St Paul’s or the Royal Hospital. Yet even incomplete intellectual interest is surely always better than bland incuriosity, while accusations of historical insensitivity miss the point. As you leaf through these pages, it becomes clear just how culturally central a figure Sloane was, and is – that this unassuming and even unimaginative man made a more useful contribution to the stock of scientific understanding than many better known figures. Delbourgo has given us an unforgettable portrait of a quiet man in full, recorder of a vanished world that in many ways is still with us, whose unflagging, unpretentious additions of fact upon fact, specimen upon specimen, helped make our universe.

Derek Turner is the author of the novels A Modern Journey and, most recently, Displacement. His website is www.derek-turner.com.

Collecting the World – The Life and Curiosity of Hans Sloane, by James Delbourgo, is published by Allen Lane. (Buy this book from Amazon(UK).)