The Twittermob just went from irritating to dangerous

The destruction of Sam Kriss and Rupert Myers is truly alarming. 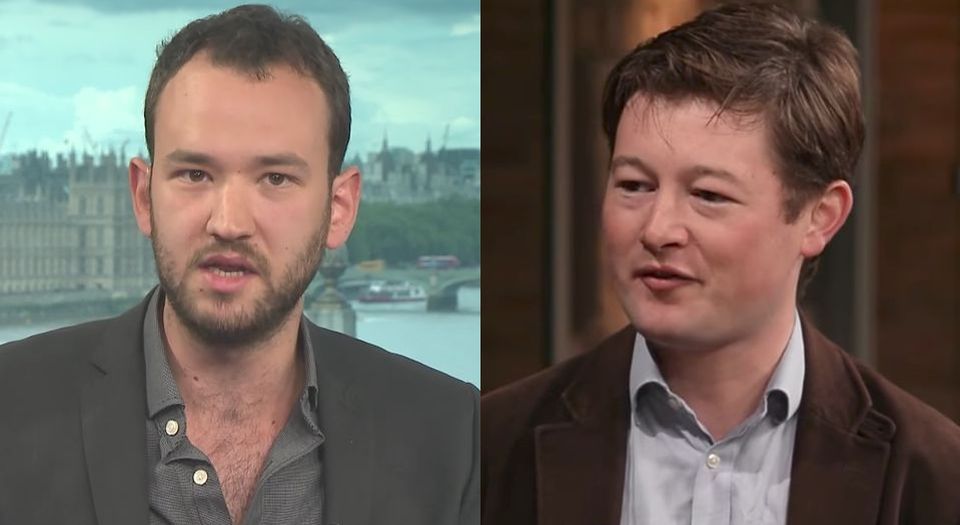 In Britain a journalist can now have his career destroyed on the basis of one accusation. Just like in the GDR. Yes, just as the Stasi and its myriad snitches could dispatch from public life writers and reporters they didn’t like simply by accusing them of something, simply by pointing a bony finger at them and saying, ‘I saw that person do a bad thing’, so in Britain in 2017 journalists can be hounded out of their profession by allegation alone. By claims. By hearsay. By whispers, all amplified, of course, by the time-rich shit-stirrers of Twitter who love nothing more than naming, shaming, humiliating and destroying. Twenty-first-century intolerance, that queer lust of the cultural elite to cleanse public discussion of every voice and personality they dislike, has just gone from bad to deadly serious.

Consider the cases of Sam Kriss and Rupert Myers. Don’t worry if you haven’t heard of them. Most of us who are too busy and too given to self-respect to spend our lives on Twitter hadn’t heard of them until this week, and what bliss that was. The former is apparently a Corbynista pseud who writes for Vice, the bible of Shoreditch shitheads, and the latter is reportedly political correspondent for GQ, which last published an interesting article when John, Paul, George and Ringo were still a thing. Well, that’s what they used to do. They don’t anymore. Mr Kriss has been dumped by Vice after someone wrote a Facebook post accusing him of being a creep. And Mr Myers has been let go by GQ because he’s married and yet letches after female journalists (allegedly). Imagine that: someone on Fleet Street who has extramarital affairs. Next you’ll be telling me they get pissed at lunch and write most of their articles on Alka-Seltzers.

There are two extraordinary things about these cases. The first is the accusations themselves. All they really add up to is that these two men are tossers and losers who aren’t very good at dating. Mr Kriss is accused by an anonymous person of repeatedly kissing and fondling her when they were on a date. She didn’t like it, which means he should have stopped or she should have gone home earlier. That’s a bad night out with a weirdo who doesn’t know how to court, not sexual assault. Mr Myers is accused of telling a journalist he wanted to fuck her (his language, allegedly) and lunging at her like an idiot for a snog. She said no. The End. What’s going on here? Since when has a man crudely asking a woman if she’d like to have sex and the woman saying ‘No way’ been sexual harassment? It’s the opposite. It’s an assertion of a woman’s fundamental right to tell strange men to jog on. Yet today, the conflation of bad sexual etiquette with assault, of unwelcome advances with violence, is so complete that bad dates can be misremembered as terrible acts of violation. It’s the new version of recovered memories.

And the second extraordinary thing is what has happened on the back of these accusations. For saying ‘I want to fuck you’ to a woman and then trying to kiss her (allegedly), Mr Myers has lost his journalistic jobs and been turned into a pariah. One writer tweeted that he should be ‘blacklisted’ by the media. There. This is what we are dealing with. A swirling sexual McCarthyism, a now out-of-control instinct to crush alleged sexual deviants, or simply people who – shock, horror – ask other people if they want to have sex. And Mr Kriss has been brought down, too. He’s lost some writing gigs, but of course not enough. Some are calling on other publications – like the Guardian and Atlantic – to promise never to publish him again. Maybe we should tear his tongue out and be done with it. That’s what they used to do to evil people in the past they no longer wanted to hear from. Do you know a journalist who’s rude or rubbish on dates or sexually arrogant? Well, now you can destroy him with one accusation! With one tweet! You don’t even need any evidence. Do it. Bring him down. Kill his career. Murder his prospects. This is the toxic climate we now live in. It’s grotesque.

Let’s remember something very important. These men face mere accusation, not proof of wrongdoing. (The two muppets in question haven’t helped themselves one bit by issuing instant and craven apologies rather than saying, ‘I challenge the way my behaviour is being discussed’.) If accusation is enough to bring someone down, to destroy someone, then we are veering towards uncivilisation. A society in which pointed fingers and claims and retweeted rumours are enough to end a man is a society that is losing its attachment to reason and justice. ‘I believe the women’ is the rallying cry of all of these movements to crush people for alleged sexual stupidity, which is a transparent attempt to make mob-like behaviour seem pro-women and progressive. All I can say is thank god the Twittermob wasn’t around in the Old South: there would have been a hell of a lot more black men swinging from trees as tweeters said: ‘I believe the woman. He’s definitely a rapist. #metoo.’

Brendan will be speaking at the session Brexit – where are we at? at the Battle of Ideas festival in London on 29 October. Get tickets here.