The idiocy of calling Corbynistas ‘Marxists’

There’s nothing red about these bland, unambitious, lame leftists. 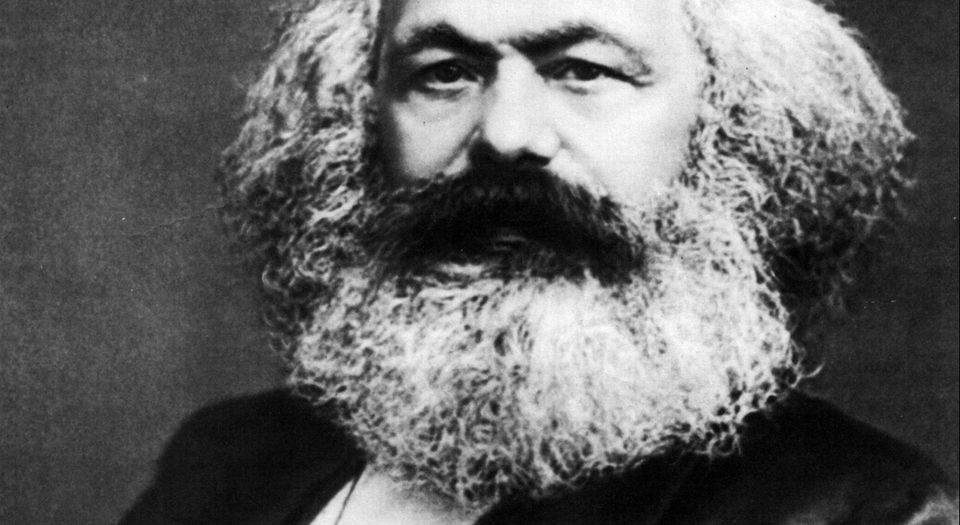 Many nails have been driven into the coffin of Marxism over the decades, mostly by right-wingers who dread this revolutionary theory but also by Stalinists who pretend to love it yet who trample underfoot its every positive, intellectual, humanist, trouble-making idea. But the final nail, the tack that might just close the coffin for good, is being bashed in by a different kind of politico. By people who consider themselves thoroughly red. People who visit Marx’s grave, take selfies in front of statues of Engels, and while away a considerable chunk of their lives posting Marxist memes on the internet. Yes, it’s Corbynistas. These pseudo-rads have achieved something the right and the old Stalinist brutes could only have dreamt of: they’ve made Marxism into a joke.

Everywhere you look in 21st-century Britain, there’s a youthful Labourite, usually with zanily dyed hair, and a copy of some Marxist tome tucked under his, her or zir arm, telling everyone how radical they are. ‘Seize the memes of production!’, they cry on Twitter, which is funny, but they’re not joking. They really think that sharing pics of Marx’s face next to a half-witty line about Corbyn nationalising Richard Branson’s trains, or having an FB profile pic of them reading Capital, or cheering as a monument to Engels is unveiled in Manchester, makes them modern-day Trotskyists, part of a new, more peaceful Red Army. Embarrassing figures like Paul Mason, so establishment he went from the BBC to the Guardian, whip up these make-believe Marxist youths by getting them to sing The Internationale at Labour conference before they all dance ironically to gangsta rap.

They talk about seizing rich people’s property, creating a new era of automated luxury communism (without having a communist revolution, of course, because that would be far too great a hullabaloo), and once again raising the red flag, or at least Clause IV, above the newly radicalised Labour Party. Their proposed new Clause IV, replacing the one about the fruits of workers’ labour that Tony Blair ditched in the 1990s, is all about making sure the plebs are happy and healthy, reading more like a caring missive from the Women’s Institute than a daring statement from a workers’ outfit. But no matter. So long as they can pose as the resuscitators of radicalism, the breathers of life back into old, red, edgy ways of doing politics, that’s all that counts, regardless of whether it’s accurate, and it isn’t.

What they don’t seem to get, or maybe they do and don’t care, is that their very ability to flirt with Marxism or radicalism, despite definitely not being Marxists and not being very radical, is proof of Marxism’s demise. Proof of the draining over decades of its order-threatening power. Proof that a theory that once caused ruling elites and capitalist machines to quake in fear and horror is now little more than a word, a fashion accessory, a meme. That Marxism can become a meme shared by soft leftists is testament to the diminution of both its heat and light. Indeed, the reason so many middle-class supporters of Labour – Labour, for heaven’s sake! – can jokingly doll up as reds on the internet is because the truly frightening aspect of Marxism no longer exists: the throng who threatened to make it a reality; the revolutionary hordes inspired by it to overthrow the social and economic order and create a new world. It is the decommissioning over decades of working-class power and class consciousness that makes Marxism such a safe, lame thing now, something even Guardianistas can prattle on about, a thing to be memed, like Gemma Collins.

The kind of people who a couple of decades ago would have balked and vomited at the mention of Marxism – public-sector types, bland state socialists, newspaper columnists – can now say ‘Hmm, Karl had a point’ only because the pesky rabble is off the political scene. So there is a profound dishonesty to their dabbling with words and ideas like ‘revolt’, ‘revolutionary’, ‘seizing means’, ‘automated communism’, and so on. They know, in their heart of hearts, and when they cast their minds back to when they were 15 and they read Lenin’s April Theses and thought to themselves ‘Screw this, I’m joining Labour’, that they aren’t Marxists or radicals. Yet they push the pretence. It provides a glossy front to the fundamental dullness and small-c conservatism of the Corbynista policies of partial nationalisation (yawn) and more welfarism (patronising much?) and nanny statism (fuck off) that they’re really pushing for. They wear redness to disguise what they really are: unambitious, distrusting, illiberal Labourites.

These psuedo-rads have been particularly incensed by comments recently made by Labour MP Chris Leslie, who said Marxism has ‘no place in the modern Labour Party’. But he’s right. Not because Marxists, if there are any, should be chucked out of Labour; anti-red witch-hunts are a bad thing. But because no self-respecting Marxist would go anywhere near Labour. Because Labour’s entire historic purpose has been to defuse and ultimately defeat revolutionary thinking and feeling among the working classes. Because Labour’s role – its sole role – has been to manage class relations in modern society precisely in order to ensure that they never become conflictual or revolting. Sure, Marxists can join Labour if they like, but it’s like Katie Price entering a nunnery. Utterly pointless.

But these Corbynista pretend-reds have one thing going for them, one thing that will shore up their silly dreams of being revolting: the right’s insistence on calling them neo-Marxists. Right-wingers, who still miss the Cold War and the moral clarity that the West’s stand against Soviet communism injected into their otherwise hollow ideologies, are always on the lookout for new commies to posture against. And they spy them in Corbynism. They’re utterly wrong of course, and sound frankly ridiculous at times, but their red-panicking plays one important role: it convinces the squares and soft leftists of the Corbynista movement that they really do pose an edgy historic threat, when in truth they’re about as dangerous as an escaped sheep.

Brendan will be speaking at the session The corruption of political language at the Battle of Ideas festival in London on 29 October. Get tickets here.