Universities must rediscover the passion for knowledge 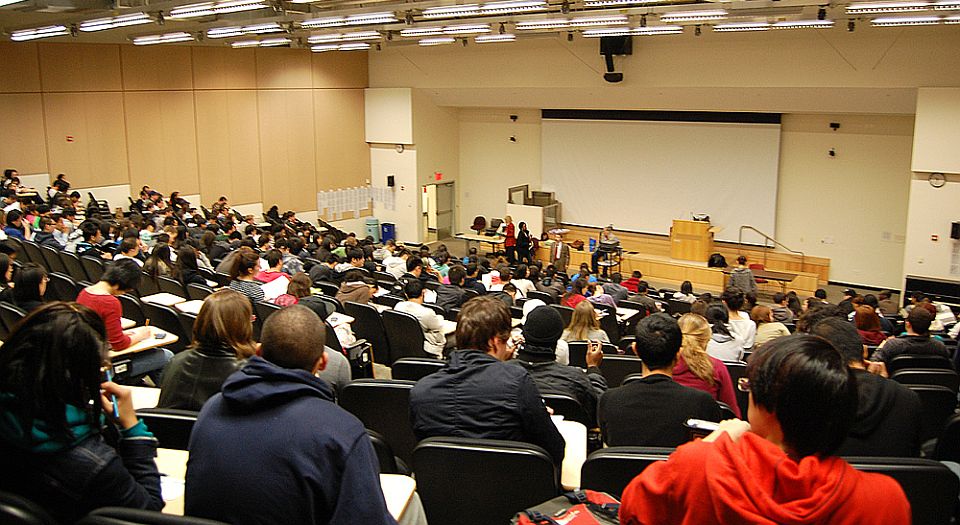 It’s up to universities to produce well-rounded students, but when courses are forced upon students, they end up doing the opposite. In the US, as it is everywhere, there are more and more students who go to university without a clue of what they want to do with their life. After graduation, many more end up in jobs that have nothing to do with their degree. When they start university, they are forced to sit through a series of subjects they have no interest in because it is said this will help guide them into their career. But these compulsory general-education courses have become pure academic profit-seeking. Instead of swaying students into a career path, they have led to increased apathy and confusion among students.

As tuition fees continue to increase, many students put their university experience on hold to complete their general-education courses at junior colleges instead. Those who do choose to enter into a four-year school immediately often have to endure a series of courses that add no additional value to their course path. For me, on a journalism course, my first-year classes in algebra and art history did nothing to enhance my skills. They just got me in more debt.

Universities have become far less about the enjoyment of learning and far more about their own financial survival – and this is taking its toll on students. I’ve watched many of my classmates switch back and forth between degrees – they wonder which they should aim for or whether the university route was right for them at all. Having students continue to pay for courses that may or may not help them further adds to the confusion. And that confusion doesn’t end when they graduate. It’s rare these days to come across someone who works in the field they went to school for.

Most of my classmates are enthusiastic about the courses that relate to their degree, but often resent the general-education classes they are forced into. Students, including me, often end up spending only a small fraction of time on coursework that does not relate to their chosen subject. These courses are wasted money that feed the ubiquitous disinterest on campus.

At most US universities, you progress down the path to a degree by fulfilling a list of general-education courses that come in limited options. Even in my last year, I’m still paying for classes that don’t benefit my course route except for ticking the box in my degree qualifications. There were several classes I wanted to take that held my interest, but I was unable to because they would not fit the criteria for my degree. Instead, I had to pick whichever classes that were not already full, and which would get me the credits I needed. Many of the courses I was required to take I had already studied before entering university, rendering them redundant and repetitive.

The emphasis on using university solely to get a job after graduating is leading to a major disinterest in actual learning and a decrease in motivation among students. When I tell people about my goals to graduate with Latin honours, I’m often told to save the effort as it won’t matter in the end. As long as I have a degree, I’ll be able to get a job. We’ve lost the ability to foster excellence, hard work and promote the value of education. There has been an increase in the ‘Cs get degrees’ notion, and the tendency to put in only enough effort to make a minimum grade. It is destroying the privilege of having the opportunity to go to university.

General-education courses feed this tick-box culture, while giving students less opportunity to study things that actually interest them. Education stops being enjoyable the second choice is taken away. Students should be able to decide freely what they want to learn instead of being shoved into classes in which they do nothing but surf the internet the whole period. We should be able to enjoy the material that is being covered and learn from it, rather than making minimal effort to pass and gaining nothing from the class itself.

Academic institutions have abandoned the passion for knowledge. Degrees should be earned, not sold. And universities should provide you with the opportunity to learn what you really want to. Instead, they are perpetuating a culture of apathy and putting students under unnecessary financial burden.