So, should we ban Catholics from public life?

The attacks on Jacob Rees-Mogg have a whiff of anti-religious prejudice. 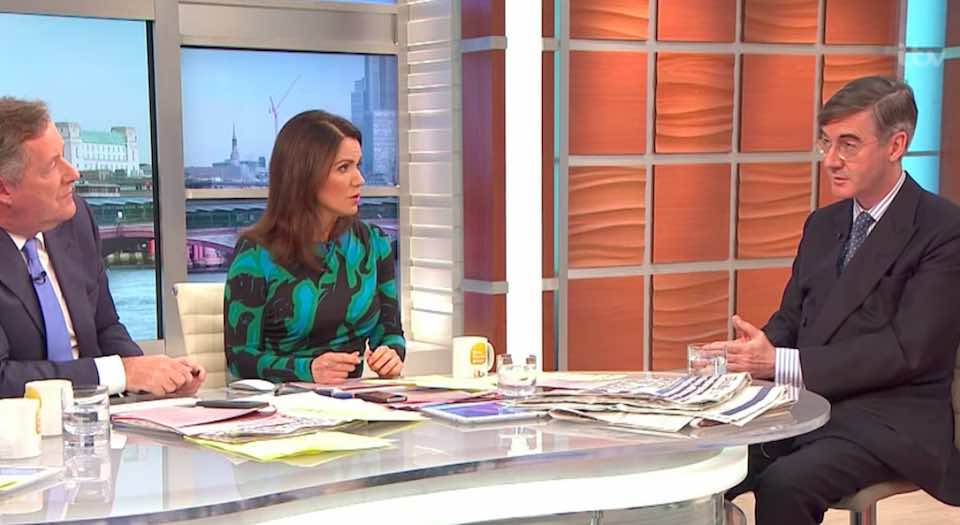 There is something strange in the intensity of the backlash against Jacob Rees-Mogg over his views on gay marriage and abortion. Yesterday, Rees-Mogg, a somewhat eccentric Tory MP, beloved of meme-makers and a human dartboard for the Tory-hatin’ Twitterati, went on Good Morning Britain on ITV. As part of the chit-chat, he spoke of his Catholic beliefs on marriage and abortion. Marriage is a sacrament of the church and not something to be fiddled with by the state, he said. And abortion is always wrong. Even if the woman is pregnant as a result of rape. Even then, he said, his beliefs don’t change. And his belief is that life begins at conception.

Cue online and media fury. Which is fine. People with strong views must expect a strong reaction. It is part and parcel of free and open debate – which we don’t have enough of – that people will ‘call you out’, call you names, slam you as reactionary, tell you to go back to the 12th century, and so on. Disagreement is good. I disagree with Mr Rees-Mogg and I’d be happy to tell him (though I wouldn’t compare him with ISIS, as some online Twits have done). But there is no denying that the mauling of Rees-Mogg has been particularly heated, even ugly. The front page of today’s Guardian has him as a ‘bigot’. Some wonder out loud if a man with such views is fit for public office. It would be terrifying if he led the Tory Party, they claim. This went beyond saying ‘He’s wrong’; it said, ‘He’s so wrong he doesn’t belong in political life or polite society’.

What’s being said here? That Catholic traditionalists shouldn’t be allowed to head up political organisations or rise to positions of power? Perhaps there should be a test: everyone who enters public life could be asked, ‘Do you now or have you ever held traditional Catholic beliefs?’. That should weed them out. It’s hard to avoid the feeling that there is an element of anti-Catholicism to the visceral condemnation of Rees-Mogg. In a certain section of the English middle class, especially those of a supposedly progressive bent, there has long been a deep suspicion of ‘Romans’, as Catholics were once referred to, and doubt as to their fitness for public office. Are they loyal to Britain or to Rome? That was the prejudiced question that ran through dinner parties and newspaper columns for much of the 19th and 20th centuries. The suggestion that Rees-Mogg isn’t really right for political life echoes those old views.

In more recent times, anti-Catholicism has sometimes been dolled up as New Atheism. Who can forget the intense, very white, very middle-class protests that greeted Pope Benedict’s visit to the UK in 2010? The pope was branded an ‘enemy of the state’ – how must that have made Britain’s five million Catholics feel? The liberal press was full of stuff about this awful religious leader and how his worldview – and presumably the worldview of his followers – runs counter to ‘British values’. Those in England who have always worried more about Catholicism than any other religion seemed to spy in the Benedict visit a chance to let out their fears. The railing against Rees-Mogg for diverging too heavily from modern values, and the suggestion he should be put out to political pasture, looks like another possible expression of such atheism-cum-anti-Catholicism.

That Rees-Mogg is being singled out for a more savage-than-usual Twittermobbing and media criticism is clear if one compares him with Muslim public figures. There are many Muslims in public life who hold similar views to his. But the likelihood of any Muslim ever appearing on the front page of the Guardian next to the word ‘bigot’ is literally zero. What we can see here is an extraordinary double standard on religion. A combination of a long-standing liberal fear and loathing of Catholicism with a censorious reluctance ever to criticise Islam, even traditional forms of Islam, means Catholics can be demonised far more harshly than Muslims for believing similar things on marriage and abortion.

Indeed, today we have the perverse situation where to criticise Islam’s repression of women is treated virtually as a speechcrime, as Islamophobia. So not only does the chattering class hold back on criticising Islam – it pressures everyone else to do likewise. How about we have a truly equal and secular form of freedom that allows all religion to be criticised, and all people to hold whatever religious beliefs they choose?

I’m wondering if the stinging critics of Rees-Mogg even got to the end of his Good Morning Britain interview. Because if they had they would have heard him make a very important point, a killer point in fact. He said he holds traditional Catholic beliefs on abortion but recognises those beliefs will never be socially acted upon, because the ‘democratic majority’ thinks differently. There you have it. No need for controversy. Because he isn’t seeking to impose his views on us or to change the laws of the country; he’s just going to carry on believing them. This is what it means to live in a tolerant country: people can believe anything they want, but they cannot force anyone else to believe those things. What’s the problem here? Unless we’re saying we have a problem with the very fact that there are people who have certain thoughts in their minds. If we have a problem with that, then Britain is in very serious trouble.