My Friday night with Mo Farah and Bolt

The World Athletics Championships show that elite sport can still rise above it all. 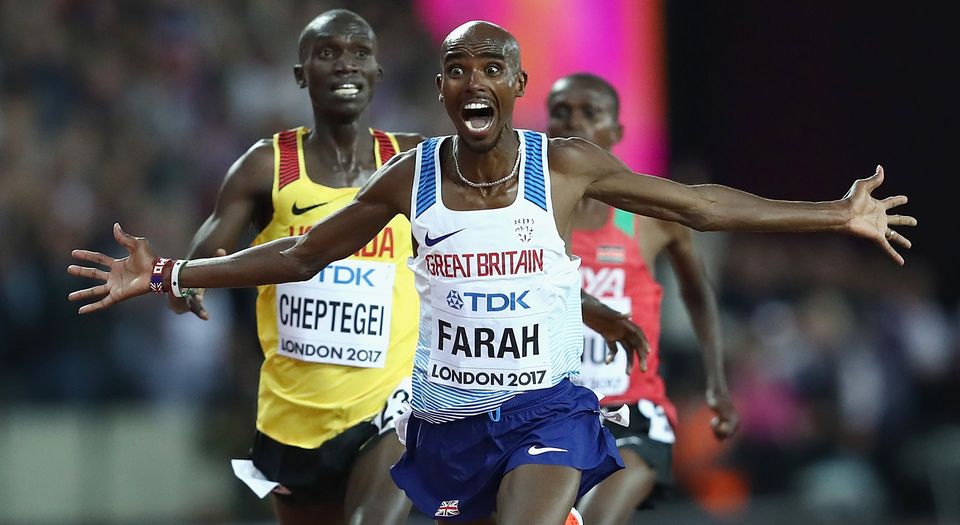 Every announcer and dignitary at Friday’s opening of the World Athletics Championships kept wistfully reminding us how great the 2012 London Olympics had been in this stadium – ‘can it really be five years ago?’ – before blustering that of course London 2017 would be the same. It reminded me of a Peter Kay sketch about the immediate nostalgia of holidaymakers when they get home – ‘This time two weeks ago, you and me, what were we like, do you remember, eh?’.

Inevitably, the obsession with 2012 had the opposite effect to that intended, only highlighting the differences between the Olympics and the biennial IAAF championships. Instead of the Queen apparently parachuting into the stadium with James Bond to open the London Olympics, this time Her Majesty sent along her second son, the Duke of York, to read out a short note from his mum. Instead of the overblown pageantry of the 2012 opening ceremony, we were delighted by a single X-Factor runner-up in an overblown red ballgown singing the national anthem acappella and slightly off-key.

But one thing remains the same from those games to these. However hard the mis-organisers and pundits, political opportunists and moralisers try to drag down the events (and it is often forgotten how many doom-mongers predicted 2012 would be a disaster), the magnificence of the live sporting spectacle – on Friday, Mo Farah’s epic 10,000-metres win – rises above it all.

Before that thrilling climax, however, officialdom did its best to take the edge off the evening in ways that made London 2017 a less appetising snapshot of London in 2017.

There was the usual pseudo-security paranoia. Queueing for 45 minutes under gathering storm clouds to get through the security bottleneck outside the London Stadium, while the opening ceremony was underway inside, tested the crowd’s party mood. When we finally reached the checkpoint, they gave our bags a cursory check that would not have discovered an illicit bottle of booze, never mind a bomb.

Unfortunately, we got to our seats just in time for the speeches. After Prince Andrew read out the Queen’s message, boring IAAF chief Sebastian Coe delivered his boring version of the ‘we remember the golden summer of 2012’ speech. By now I was starting to suspect that all this Olympian nostalgia from the likes of Coe, a Tory Lord and Remainer, might partly be a coded expression of longing for simpler, pre-Brexit days, when the revolting plebs knew their place. That suspicion was confirmed when London mayor Sadiq Khan – who says Labour should overturn the Leave vote – delivered a long-winded anti-Brexit tirade, albeit without mentioning the B-word. Supposedly there simply to declare the world championships open, Khan seized the chance to keep repeating that ‘London is open to the world!’, as if Brexiteers were plotting to erect new walls around the city. The metropolitan, Mexican-waving elements in the crowd did seem fairly ‘open’ to the mayor’s implicit Brexit-bashing.

When the sport eventually got underway, with a confusing mess of qualifying heats for field events from the men’s discus to the women’s pole vault, we enjoyed a familiar mix of inflated drink prices and cheap celebrity culture. Why do the organisers of such events imagine that we require an excited daytime-TV presenter to explain that world-class athletics is ‘really great’? Or the constant background noise of driving musical beats to create phoney ‘atmosphere’ in a packed stadium? Perhaps it would help if instead they had shortened the championships to give us more than one gold medal final for the price of our £75 tickets.

Everybody was waiting for the appearance of the two top-billing stars. First up was Usain Bolt, athletics’ one true superstar of the modern era, running in the heats of the 100-metres in his final championships before retiring. It was striking that the two flags on sale outside the stadium and on display inside were Britain’s red, white and blue Union flag, and the black, green and gold of Bolt’s native Jamaica. One young girl shown on the big screen captured the mood with a homemade banner displaying those flags on opposite sides, dedicated to Mo and Usain respectively.

Bolt’s every gesture was watched and drooled over, his narrow win in the first round heat cheered to the rafters, despite the man himself shaking his head at a ‘bad’ performance that hinted at the disappointment to come in Saturday’s final. On reflection, it might seem a wonder that even the mighty Bolt managed to run for so long as the fastest man on Earth, weighed down by carrying the expectations of the watching world and the reputation of the whole of athletics on his shoulders.

Just before Bolt’s turn, the crowd had warmed up by booing the villain of the piece, Justin Gatlin, the American who is universally though arguably unfairly branded ‘a two-time drug cheat’. (Gatlin has served two bans for breaking the rules on banned substances: on the first occasion, aged 19, the official report made clear that he had not deliberately cheated; on the second, two out of the three adjudicators ruled that he had not proved his innocence, which some of us might think an inversion of the burden of proof.)

As Gatlin walked to the start of his heat, boos rang around the stadium. One wag seated near us but evidently standing on the moral high ground shouted ‘You dropped your syringe, Justin!’. Even the popularity-craving announcer felt moved to remind the Gatlin-baiters that ‘It’s not the pantomime season!’. This reaction was also a sign of things to come when he won the final on Saturday, as Tim Black analyses elsewhere on spiked today.

The notion that Gatlin is the embodiment of all that is wrong with athletics seems as far-fetched as the belief that Bolt could single-handedly save the sport. With so much moral hypocrisy, double standards and hysteria surrounding the issue of drugs in sport, my family and I – all Bolt fans – made a point of applauding loudly when the apparently bomb-proof Gatlin won his heat fair and square.

It was left to Britain’s own multiple world and Olympic champion, Mo Farah, to cut through the crap, light up the darkening night, and remind us all of how uplifting top-level sport can be. His victory in one of the greatest-ever 10,000-metre finals, holding off all-comers as Africa’s finest ganged up to bring the champion down (he was even tripped twice), electrified all 50,000 who were there. Had the London Stadium had a roof, the roars for Mo would have blown it off. If, as legendary Liverpool manager Bill Shankly said, the crowd at Anfield’s Kop end could suck the ball into the net, then Friday’s crowd seemed to blow Farah down the home straight to the finish line in his final track championships.

No doubt all sorts of political ‘meaning’ will be read into these events. Might the Union-flag waving fervour of Friday’s crowd confirm fears of a resurgence of British imperial jingoism around Brexit? Or, on the contrary, does the huge support for Farah, a Muslim named Mohamed and Somali-born refugee to Britain, prove that Britain has become a modern, multicultural rainbow nation?

All nonsense, of course. The passion generated by Bolt and Farah has nothing to do with politics of any strain. It is about elite sport, and its ability to transcend the everyday. When Mo Farah sprinted to victory on Friday, he did so not as a symbol of any political standpoint, but as an embodiment of the universal human spirit that coursed through the crowd and made us feel he was running for us all.

It was a sentiment, ironically, well expressed in the statement the Queen gave her unsportsmanlike son to read out: ‘Sport has a way of uniting the world and reminds us of what amazing things can be achieved when people come together to celebrate the very best of human endeavour.’

Perhaps the point was even better made by the group of middle-aged, shorts-wearing West Ham fans sitting/standing near us, evidently enjoying the dual novelty of being able to drink beer in their seats and cheer a championship winner in what is now their football club’s home stadium. As they celebrated loudly when Farah crossed the finish line, one hugged his mate and shouted in his ear ‘Thank fuck for sport!’.

And so say all of us. Bring on the next Farah and Bolt…