The EU’s crisis is a political opportunity

There is now a chance to repose the fundamental questions of politics. 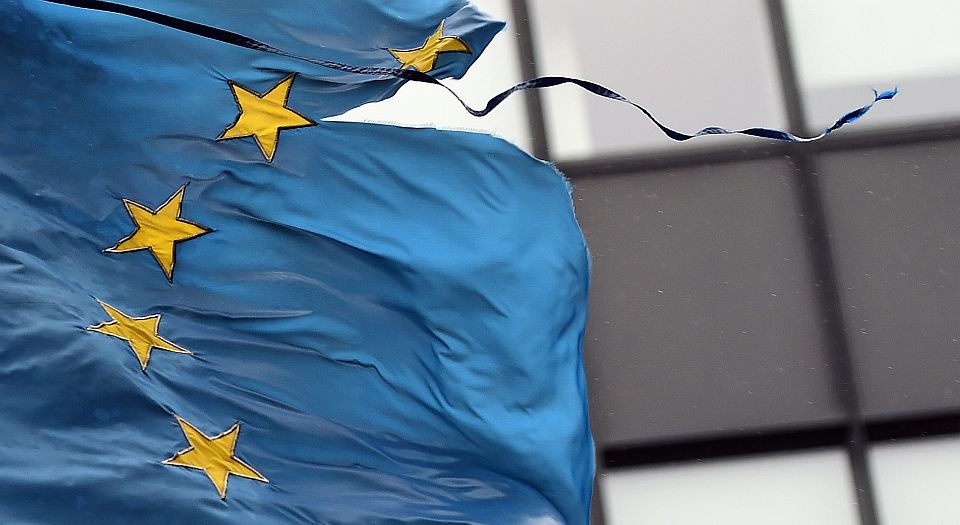 Arguments over the European Union are always difficult because the issues at stake are often distorted.

For example, the disputes often take on a provincial form, which means those involved, depending on where they live, can rarely see beyond their own domestic opponents. In my home country of Hungary, this means that the arguments tend to centre on our nationalist, right-wing prime minister, Viktor Orbán, as much as the EU itself.

More importantly, there is the influence of the pro-EU types who, taking on the role of intellectual gatekeepers, determine the parameters of debate on the EU. In terms of Central-Eastern Europe, this further marginalises a region that already exerts far less influence on the processes and discourses of the European Union than is supposed by those who paint it as a disruptive force.

And little wonder. Pro-EU technocrats are concerned primarly with the maintenance and reproduction of the existing elite. Their approach to the EU therefore hides and obscures key issues: the existence of political economics (including the mobility of multinational companies versus the fixedness of nation states); the international division of labour; the relations of the centre to the periphery; the dealings of a Germany-led EU with Russia; and so on.

The pro-EU side also distorts the issue of populism. There are, of course, countless EU-sponsored and sanctioned workshops, conferences and studies exploring the issue. But they tackle it as if it was still 1989, as if the EU is a dreamy attempt to bring people together after the end of the Cold War. But that’s not the spirit of the EU. If it has a spirit at all, it consists of macroeconomics, development politics and technocracy. Its anthem, Beethoven’s ‘Ode to Joy’, provides little more than an ironic soundtrack to its joyless achievements: the regionalisation of inequalities; the entrenchment of a hierarchy headed by developed countries; the abandonment of solidarity among nations; and the embedding of budgets in offshore economies.

In Hungary, criticising the elite’s technocratic optimism is not a wise career move. Instead, ‘experts’ on the EU are selected on the basis that they adhere to the ‘norms’ and expectations of the largely pro-EU Western press. Not that Hungary’s public sphere is entirely dominated by Europhiles – it is also inundated with articles sponsored by Russia as well!

I am not an expert, but then it is very difficult to tell what makes an EU-approved expert. (How many degrees are necessary? What NGO-related expertise do you need? How many memberships of supervisory boards are required?) Still, over the past few years, for many EU citizens an expert has come to mean someone who represents, who speaks on behalf of people, without being authorised to do so. The issue of expertise, then, is the issue of representation without authorisation.

You can see how expertise is being used in this way by the right in Hungary, where it is deployed in the service of sovereign power. On the left, after the neoliberal turn of social democracy, expertise is used to justify social policy in the interests of privileged social groups. These privileged social groups are part of a transnational elite with an interest in denationalising politics, taking it out of the hands of a nationally constituted demos.

But politics, and political debates about the EU, should not be confined to the EU and what it defines as politics. In The Specificity of the Political, György Bence, a Hungarian political philosopher, put it clearly: ‘If the political precedes the state, then the political may not be confined to institutions exclusively.’ Politics is not closed. The same applies to the European sphere. This is why the issues of representation and authorisation are so important in an era when a global elite, uncommitted to the nation state, represents without authority.

Opening up the question of representation to debate does not mean opting for the unlimited particularism of identity politics, where every particular identity needs representing. It means, rather, that political decisionmakers need to be authorised to represent us. Because rulers, and that includes experts, who lack authorisation, who do not represent the political community, lack legitimacy.

The crisis of the EU opens up the possibility of reposing the fundamental questions of politics – that is, questions of sovereignty, governance and authority. The EU’s claim to represent Europe is a hollow one: its economy is sclerotic; its desire for further political integration is unwanted; and its forced European identity is emptied out. It cannot represent a European political community, as it limits politics to the pursuit of the economic interests of a select few.

Conflict is inseparable from the politics of Europe. Yet the ideology and politics of the EU aims to erase conflict by effacing national, historical distinctions between member states. In doing so, it removes the fundamental questions of politics from national political communities. This effectively deprives European communities of the possibility of decisionmaking, of the chance to reflect on history, to respect traditions, and to search for alternatives.

Appreciating all this does not entail disillusionment, or the capitulation of Europe to Russia, or the conservation of Viktor Orbán’s power. It means merely opening up the EU and its leaders to politics. We’ve seen this in the way German chancellor Angela Merkel was pressured into modifying her refugee and migrant policies, and we’ve seen it in the way the French left is expressing concerns over the posterboy for the global elite, Emmanuel Macron. Many on the left, dismissed as radical merely for continuing to support traditional social democracy, also recognise the importance of repoliticising the EU’s political sphere.

As Bence wrote: ‘In [Hannah Arendt’s] view the greatest joy is found in fighting for precisely those causes that – at least in the beginning – the majority does not find engaging.’ Representation, within the EU, is one of these causes. But it is important because it involves the recognition and presumption of conflicts within the EU. And it is the ability to represent those conflicting constituencies and viewpoints which gives politics its purpose and vitality.

Böcskei Balázs is a political scientist