Nietzsche for our times

He would have some choice words for our tame, narcissistic culture. 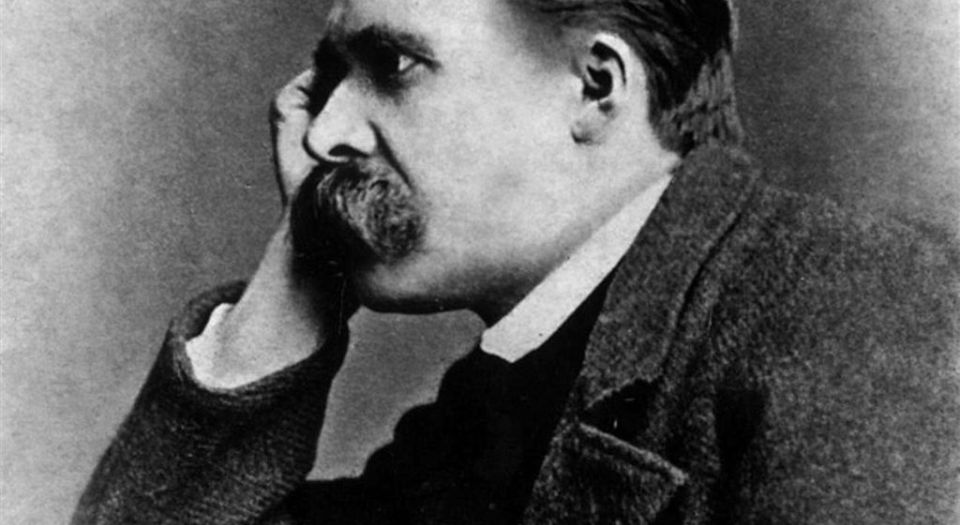 Since his death in 1900, there have been three central falsehoods, myths or profound misunderstandings about the meaning of the work of Friedrich Nietzsche. Without doubt the most grievous is that he was the inspiration for Nazism and godfather of the Third Reich. In reality, he loathed anti-Semites for their petty resentment, and he deplored German nationalism for having such a deleterious effect on German culture. The herd mentality of the mass rallies later seen at Nuremberg epitomised what he deplored.

Nietzsche’s Übermensch – translated either as Superman or Overman – is not a crytpo-Darwinian monster in jack boots, but his idealised person who forever strives to become a better and higher version of himself. His association with the Nazis is down to the actions of his ultra-German sister, who in 1901 assembled Nietzsche’s unpublished letters and fragments – writing he had not finished or wasn’t happy with, yet some of which was very martial in tone – into the book The Will to Power. The Nazis mostly lifted the most belligerent words from that dubious tome.

A second falsehood is that this ultra-radical self-proclaimed ‘anti-Christ’ was ultimately responsible for his own madness, which consumed him in 1889. This is what happens when you reject God and his morality, said the Christians. The more prosaic truth was that his madness was caused by syphilis.

A third, more recent myth is that he is responsible for postmodern, nihilist relativism. ‘There is no facts, only interpretations’, he is quoted, favourably or not. Yet Nietzsche didn’t believe ‘all truths to be equal’. Truths were in battle with each other to achieve ascendency and legitimacy – something a scientist would recognise today. He cared very much about truths for the very reason that he was not a nihilist. He believed Europe was in the midst of a mental breakdown and needed new values. In his case, it would be aristocratic individualism.

Nietzsche is such a great thinker, and magnificent writer, because he always seems to speak to every generation, and to people of all persuasions. And I believe his time has come once more. As I explain in my new book, Get Over Yourself: Nietzsche For Our Times, his thinking has become key to understanding the 21st-century digital age – and its troubles.

Take the ascendancy of identity politics and the transgender movement of recent years. Because Nietzsche’s Superman believed in supreme autonomy, struggle and perpetual ascendency, he would never agree with fixing ourselves to a stable identity, let alone – quite pathetically – pleading others to ‘respect’ how we identify ourselves. We should go beyond being boxed-in.

A prophet of doubt and breaking boundaries, Nietzsche thought that ‘convictions are prisons’, which is why he hated Christianity. For the same reason today he would also rail against Islamic fundamentalism, the increasingly shrill student generation, or anyone who tries to justify their politics or point of view because of their ‘sincerely held beliefs’. Convictions lead to the rule by the mob against individuals who seek to think for themselves. Hence he would have some choice words for Twitterstorms or the clamour for famous people to retract their ‘offensive comments’.

He certainly would have laughed at the forever opinionated timewasters on Twitter. ‘O you poor devils in the great cities of the world, you gifted young men tormented by ambition who consider it your duty to pass some comment on everything that happens!… always on the lookout for the moment when they can put their word in, lose all genuine productivity.’ Take note, Gary Lineker.

Elsewhere, he decried displays of benevolence, the Pharisee morality of the ‘sick, loud gesture’, an observation fitting for an era of virtue-signalling. As the 20th anniversary of the death of Princess Diana approaches, consider how the philosopher also anticipated the allied culture of often insincere ‘conspicuous compassion’. As he wrote in Human, All Too Human: ‘Observe how children weep and cry, so that they will be pitied, how they wait for the moment when their condition will be noticed… the thirst for pity is a thirst for self-enjoyment.’

His famous, stoic statement, ‘What doesn’t kill you makes you stronger’, is a rebuke to today’s therapy culture, and the notion that people are irrevocably damaged by strife. Quite the opposite, traumatic experiences can fortify us

We shouldn’t take offence, but embrace conflict. ‘The man of knowledge must be able not only to love his enemies but hate his friends.’ Or as he put it more famously: ‘Live Dangerousy! Build your cities on the slopes of Vesuvius. Send your ships into uncharted seas. Live at war with your peers and yourselves! Be robbers and conquerors as long as you cannot be rulers, you seekers.’ How refreshing these words sound in our safety-obsessed, offence-avoiding, censorious culture.

Nietzsche argued we should never enslave ourselves to the morality of the herd, but become fearless individuals who embrace doubt. He would urge us to get over ourselves – to stop being narcissistic, self-righteous offence-takers, and become the Overman who forever seeks to become a higher, better free-spirit.

There was a discussion on Radio 4 this week asking whether watching programmes on tablets, laptops and smartphones will eventually kill off the television. History suggests this won’t happen. History actually tells us that new technologies and new mediums will always only diminish but never kill off their predecessors.

For instance, the invention of the printing press didn’t kill off handwriting, but merely ensured that the latter lost its prestige in the public sphere. Cinema didn’t put an end to theatre, as many feared. It only reduced the importance of the latter. Likewise, television didn’t kill cinema. The arrival of cars in the mid-20th century did eventually lead to many line closures, but people still use trains.

For this reason, I believe television will be around for longer than you might think. The ‘death of print’, the famous speculative topic of conversation 10 years ago, sounds redundant now. People merely read fewer newspapers and magazines. And the notion that the Kindle will put an end to books actually sounds quaint.

Patrick West is a spiked columnist. His new book, Get Over Yourself: Nietzsche For Our Times, is published this week by Societas.