North Korea: how did it come to this?

US-North Korea relations have never been more volatile and uncertain. 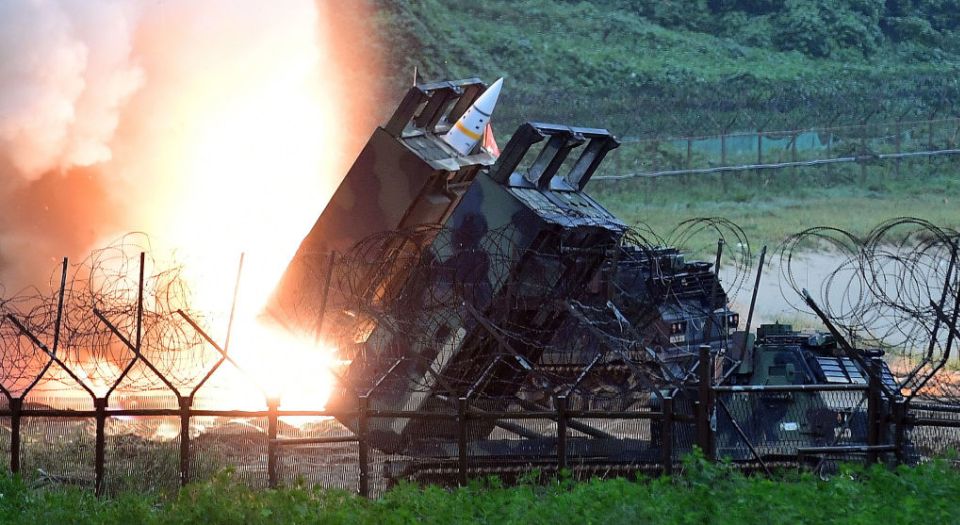 Another month, another intercontinental ballistic-missile test carried out by the Democratic People’s Republic of Korea, and another round of US-led international condemnation. Some say this latest test now proves that Kim Jong-un’s regime could now hit the US with a missile, but others are less certain, saying that it’s unlikely the missile could carry a heavier, nuclear payload and still reach the US.

Still, given the familiarity of this dance between North Korea and the US, it’s almost possible, if the stakes weren’t so high, to be a little blasé about it. After all, this has been the pattern of North Korea-US relations for over two decades, ever since the the collapse of the Soviet Union removed North Korea’s main source of economic and political support.

Back in the early 1990s, North Korean leader Kim Il-sung was clearly desperate to establish a new post-Cold War relationship with the West – hence the invitations his regime sent to former US presidents, such as Jimmy Carter. It was the failure of these early diplomatic efforts that led to the emergence of North Korea’s bargaining chip of choice: the threat of nuclear-arms development. Indeed, ever since 1994, when Kim Il-sung’s successor, Kim Jong-il, signed a pact with the US – to freeze North Korea’s nuclear-weapons programme in return for heavy fuel oil, the development of two civil nuclear-power plants and better political and economic relations – North Korea has been using the spectre of the atomic bomb as a means of leverage with the West. Everyone almost seemed to know the drill. A pact or deal would be signed between the US, its allies and North Korea, which would provide the Pyongyang-based regime with something it needed, such as food and financial aid, and in return North Korea would promise not to try to build and amass nuclear weapons.

And after each treaty or aid package, both sides would almost immediately set about undercutting the terms of the agreement, with North Korea continuing some surreptitious form of nuclear-weapons programme, and the US and its allies seeking to covertly monitor and sabotage it. An antagonism would then culminate in another stand-off and eventually, after a grandstanding period, a new deal would be agreed. That happened, for example, in 2007, when Kim Jong-il agreed to shut down the Yongbyon nuclear reactor in return for a substantial aid package, and again in 2008 when, in return for being taken off the terrorist watchlist, North Korea allowed the US to access the Yongbyon nuclear site.

Yet there has been a shift in the nature of the relationship between an embattled North Korea and the outside world. During the 1990s, the posturing over prospective nuclear-weapons development by supposedly bad nations always had an emergent moralistic dimension. Which was hardly a surprise, given that the 1968 Nuclear Non-Proliferation Treaty had always served to divide the world up into those nations that were capable of handling the responsibility of a nuclear arsenal, and those nations of supposedly lesser people who were not. Little wonder that in the post-Cold War world, enforcing non-proliferation functioned as a readymade ethical mission, and the likes of North Korea as a readymade threat. Yet at the same time, behind the posturing, the realpolitik was discernible, with both sides pursuing certain material and political interests: be it aid or better relations, in North Korea’s case; or stability, order and a sense of moral righteousness on the part of the US and its allies.

But over the past couple of decades, that realpolitik element, that material, strategic underpinning, has gradually been eclipsed by the moralistic performance and posturing. And so the relationship between the US-led West and North Korea has slowly become detached from any real-world interests. It has increasingly become a moral antagonism rather than a diplomatic conflict, a battle between good and evil rather than anything grounded in material or strategic interests.

The shift was clearly marked, too – in President George W Bush’s 2002 State of the Union address. Delivered a few months after 9/11, Bush clumped together the three very different states of Iraq, Iran and North Korea under the single moral epithet of an ‘axis of evil’, and declaimed: ‘The United States of America will not permit the world’s most dangerous regimes to threaten us.’

And this captures well the almost infernal dynamic that has been increasingly informing the Western foreign policymaking establishment for the past two decades. The US appears to need North Korea, or better still the idea of North Korea, as an existential threat in our global midst. And through acting against North Korea, through disciplining it, through reining it in, the US, and the West in general, demonstrates what it has lacked since the end of the Cold War: a sense of moral mission, a sense of right rather than just might. Of course, the rhetoric of Bush’s successor, Barack Obama, never reached the abstract asininity of Bush. But, in practice, North Korea was still being treated as something wicked, as former US secretary of state Hillary Clinton called it recently. It still played the role of the great existential threat, the pillar of evil, and it was still needed to be postured against, and pontificated over. Indeed, in 2014, the United Nations published a report conjuring up North Korea, to use one reporter’s description, as ‘the world’s largest concentration camp‘. Or as the UN put it: ‘The gravity, scale and nature of [human rights] violations reveal a state that does not have any parallel in the contemporary world.’

With North Korea’s demonisation, its transformation into something almost unspeakably evil, has come its ever deepening isolation. After all, for another state to have cordial relations with Pyongyang would be to associate with evil. And so, with assorted economic sanctions imposed by the UN, the EU, Japan and South Korea virtually entombing North Korea, it has to do more and more to get noticed, to be treated as a state with which the world still has to deal.

That’s why North Korea seems at points to be mirroring the US’s existential need for a global threat, acting out the role of the demented Communist minipower, rich in neo-Stalinist kitsch, and writ large in choreographed military and civilian spectaculars. And that’s why it gives pride of place during public events to the figure of the missile itself, which it parades through the streets of Pyongyang like a homecoming queen, a symbol of all that is beautiful and great about North Korea. Which, in the West, is all that is evil and rotten about North Korea.

For North Korea, the missile tests are a performance of power, not its possession. They perform a dual function. For a domestic audience, they are an acting out of precisely that which North Korea’s regime has lacked since the collapse of Communist bloc – power and confidence. And, for an international audience, the missile tests are an act of self-assertion, a display of strength, a demand to be recognised as that which North Korea is not – a significant global force. When, in 2008, Kim Jong-il, the father of current president Kim Jong-un, was asked why North Korea was spending so much on weapons programmes, he said: ‘I have to let them know I have missiles because this is the only way the US will talk to me.’

And in return for North Korea’s attention-seeking missiles, the US kindly flatters North Korea – by condemning it, threatening it, punishing it. These are the tributes it pays to North Korea’s rulers for giving the US and its allies precisely what they, in turn, lack: an existential threat against which they can prove and demonstrate their purpose and power.

But as the relationship between North Korea and the West has slowly been ripped out of any real-world context, and transported to an abstract ethical plane, so it has become ever more uncertain, more volatile and more openly and groundlessly conflictual. On one side, North Korea seems almost trapped into ramping up its world-ending capabilities. And, on the other, the US is increasingly compelled to display its evil-ending capabilities. The events of last week were indicative of this dangerous, seemingly out-of-control escalation. North Korea launches a missile test, and the US responds by testing its THAAD missile defence systems, and flying two supersonic B-1B bombers over the Korean peninsula. The commander of the Pacific airforces said with ominous pride that the US was ready to hit North Korea with ‘rapid, lethal and overwhelming force’.

In this context, a presidency as vain as Donald Trump’s promises to exacerbate and entrench the stand-off. To be seen to be coming down hard on evil, sorting wickedness, removing a threat to the world, is almost too appealing for Team Trump.

At this stage, however, military intervention is only being mooted, as, in the words of US vice-president Mike Pence, the US concentrates on further isolating North Korea ‘economically and diplomatically’. Still, it is worrying that commentators and political advisers are even talking about launching a military strike on North Korea. But that is what happens when moral posturing rather than material and strategic interests guide international relations: even the unthinkable becomes far too thinkable.