The party’s anti-democratic ways are catching up with it. 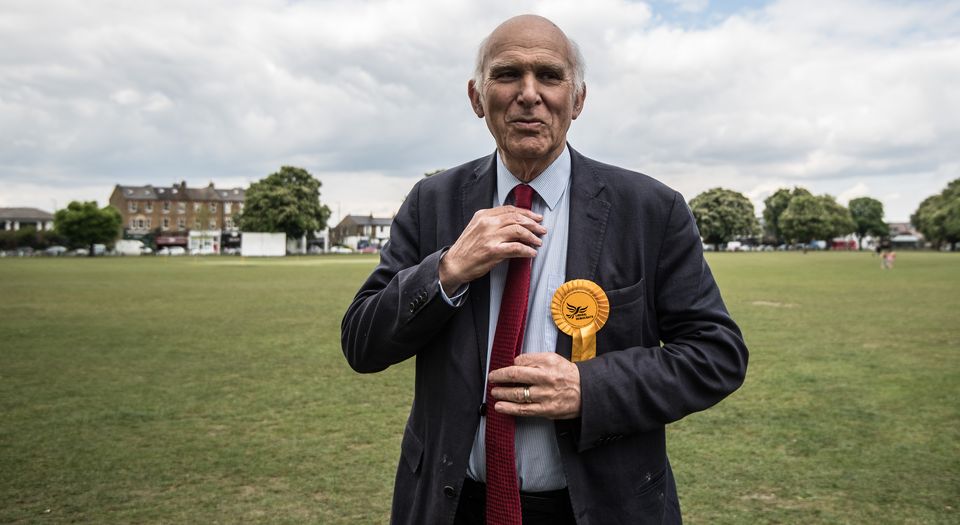 Just three months ago, Vince Cable was enjoying life outside of parliament. Unseated by 200 votes at the 2015 General Election, the Lib Dem grandee used the subsequent period to rekindle his passion for ballroom dancing. He’s even written a political novel which, if rumours are to be believed, contains a number of saucy sex scenes. The minx.

The snap election in June, however, inspired Vince to come out of retirement and contest his former seat of Twickenham. He won with a whopping swing of 15 per cent. With his taste for campaigning rekindled, Cable was the first to enter the party leadership race after the resignation of Tim Farron. And the last. In line with the Lib Dems’ warped views on democracy, Cable ran unopposed.

Since the election, the Lib Dems’ policy announcements – particularly their call for a Scandinavian-style wealth tax – have gone unnoticed. Although they gained four seats at the election, their share of the vote dropped to a pathetic 7.4 per cent. And given that eight of their current MPs would be unseated by less than a five per cent swing in the opposite direction, the parliamentary party is far from secure. The Liberal Democrats are increasingly outliers, rather than the UK’s third party.

Given the Lib Dems’ attempt to present themselves as the party of the 48 per cent, their troubles are not surprising. Poll after poll has shown that, unlike the Lib Dems, the majority of Remain voters have a basic understanding of democracy, and, as a result, want us to get on with Brexit. That, as YouGov has observed, 43 per cent of voters who voted both Lib Dem in 2015 and Remain in 2016 opted for the Tories or Labour this June shows how out of touch the Lib Dem machine is with its supposed base.

One would think, therefore, that it might be politically savvy for the new Lib Dem leader to soften the party’s criticism of Brexit in the hope of garnering new support. Instead, we were treated to some dreadful rhyming soundbites. MC Cable re-committed the Lib Dems to ‘an exit from Brexit’. In response, Tim ‘Snoop Spaniel’ Farron said the Lib Dems were now ‘strong and Cable’.

Those hoping the new Lib Dem leader might chart a new course for the dwindling party will be left seriously disappointed. Although Sir Vince is known for his political promiscuity – he served time in the Liberal, Labour and SDP ranks before joining the Lib Dems – his outlook is in line with the explicitly anti-democratic stance his party has taken ever since the EU referendum result.

Cable is the perfect embodiment of the Lib Dems’ demos-loathing character. He has said the Brexit vote was made up of ‘immigrant-obsessed old people in Dorset church halls’. He’s constantly called for a second referendum to be held – maintaining that if people only listened to enlightened people like him, this whole Brexit malarkey would be avoided. He has no appreciation for democracy, and the trust in the political capacities of the everyday citizen on which it is founded.

Now that Labour and Conservative MPs have reopened the debate about the Single Market and the Customs Union, Cable has opened his arms to Remoaner ‘refugees’ in parliament. Vince says there’s a ‘gaping hole in the centre of British politics’, and he wants to ‘fill it’. But so long as his party remains so set against the electorate, it will struggle to fill anything.