Why we should oppose the ASA’s gender jihad

The moral crusade against ‘gender stereotypes’ is profoundly illiberal. 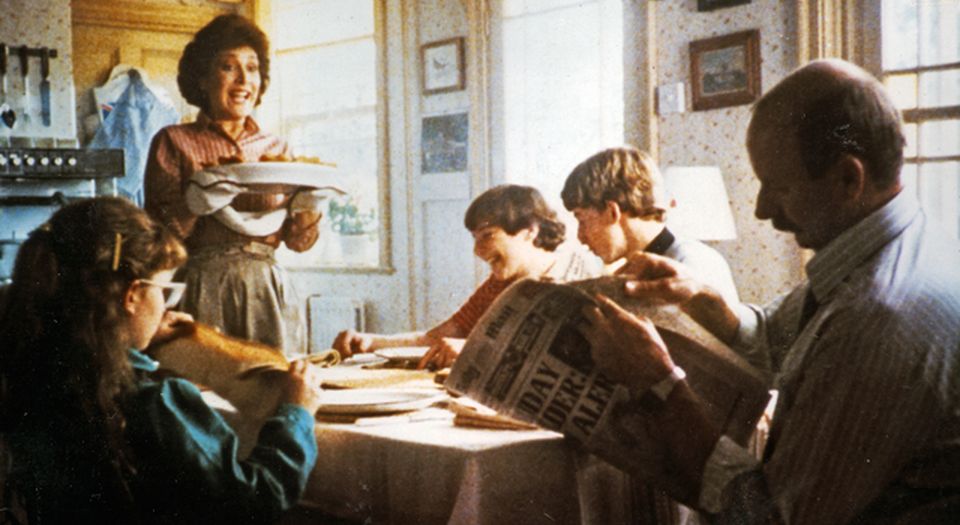 The most shocking thing about the Advertising Standards Authority’s announcement that it will censor ‘gender-stereotypical’ images in ads is that there has been so little shock in response to it. Censorship once stirred up passion and opposition. People bristled at being told what they could see or hear. Not this time. The ASA, which regulates the content of ads in UK newspapers, on TV and radio and online, bullishly declared yesterday that it will take a ‘tougher line’ on ‘ads that feature stereotypical gender roles’ and ensure they are expunged from public life. And there was barely a flicker of fuss. It is terrifying how normalised censorship has become.

What the ASA is proposing should alarm everyone who believes in the free exchange of ideas and information. It is effectively instituting a vast, sinister programme of social engineering via the control of the images we see. In a report published yesterday, it boasted about its longstanding clampdown on ads that contain sexualised imagery — Mary Whitehouse lives! — and said it will now go further down the road of policing gender imagery.

It will wage a gender jihad against any ad that shows ‘stereotypical gender roles’ that might ‘cause harm’ and ‘reinforce assumptions that adversely limit how people see themselves and how others see them’. For example, if an ad shows a woman having ‘sole responsibility’ for cleaning up a family’s mess or a man ‘trying and failing to undertake simple parental or household tasks’, it will be declared verboten and wiped out. In order to shape society’s ‘assumptions’ — that is, how the masses think about gender — the ASA has taken it upon itself to exterminate certain images. It will seek to reshape the throng’s mind through dictating what pictures and ideas we can see in ads. As I say, social engineering.

The ASA’s embrace of gender censorship has already led it to make some deeply paternalistic decisions. In March this year it banned an advert for Black Cow, a brand of vodka, because it showed a couple walking through a field, ‘flirtatiously’, and then there was a cut-away to a depression in the grass. And in the ASA’s hysterically prudish words, viewers were ‘likely to understand from the combination of the couple’s body language [and] the depression in the grass… that they had just had sex’. Fetch my smelling salts! When you’re extinguishing an image of a depression in a field of grass then you’ve truly entered the realm of the puritan. You’re seeking to save the nation from any hint — and it really was just a hint — that there is fun in drink and sex.

Last year the ASA banned an ad for the British clothing brand Jack Wills, which featured young adults (18 to 24) partying in their pants. The ASA admitted the underwear in the ad ‘did not accentuate part of the models’ bodies in a sexualised manner’ — imagine having the nun-like job of examining the tumescence of the bulges in ads for pants! — but it said the ad could influence younger teens to think that partying like this is ‘a lifestyle to which they might aspire’. The horror of a 14-year-old thinking he might one day have scantily-clad larks with attractive members of the opposite (or same) sex. This year the ASA banned an ad for Femfresh’s bikini-line shaving products on the basis that it ‘objectified women’. The ad-makers pointed out that the dancing in the ad was choreographed by a woman and the ad was aimed at women. But its plea for clemency from censorship fell on deaf ears: the sex-phobic Stalinists at the ASA forbade the ad.

Somehow, without people even noticing, Britain has developed a severe, Victorian-era system of censorship that controls images of sex, fun and partying in a significant area of public life: advertising. That these bans are justified in the name of clamping down on the ‘objectification’ of women only shows how much modern media feminism has in common with the stiff old Christian censorship of the past. Both fear the ‘harm’ that might be caused to society if people clap eyes on a picture of a woman wearing not very much or a man being flirtatious after a swig of Black Cow vodka.

But, if anything, the ASA’s correction of heretical ad-makers is even worse than the blue-rinse, Bible-influenced censorship that held during much of the 20th century. It’s more thorough, more insidious. Its latest campaign represents an attempt to control not simply sexual images but the entire way in which gender is depicted and discussed. Its war on ‘portrayals which reinforce outdated and stereotypical views on gender roles’ means that virtually anything could be blacklisted. A Persil ad showing a woman picking up the families’ socks; a DIY ad showing the dad doing all the hammering and sawing; an ad showing boys playing football while a girl stares lovingly at one of them from the sidelines… all of these could be judged ‘gender-stereotypical’ and extinguished. This is a profoundly illiberal attempt to dictate how the culture and consumer sector may communicate with the masses, and how the masses should think about gender.

And it’s all done in the name of massaging the masses’ apparently flimsy self-esteem. It’s about making sure we have the right attitudes and the right amount of self-belief. The ASA report says gender stereotypes in ads can ‘contribute to harm for adults and children’. They can ‘limit how people see themselves… and limit the life decisions they take’. This is disturbingly patronising. The notion that a young woman who sees a washing-liquid ad featuring a stressed-out mum will feel morally crushed is more insulting than any ad could ever be. It cuts to the heart of the rot that is censorship. Whether it’s justified as a means of protecting men’s souls from Satan, the public from ‘degenerate’ art or impressionable young men and women from gender stereotypes in ads, censorship is always, but always, fuelled by a sinister indifference to the value of open debate and an authoritarian view of ordinary people as pathetic creatures in need of saving.