Unlike Henry VIII, May must execute the people’s will

The debate over the Repeal Bill reveals the parlous state of Brexit. 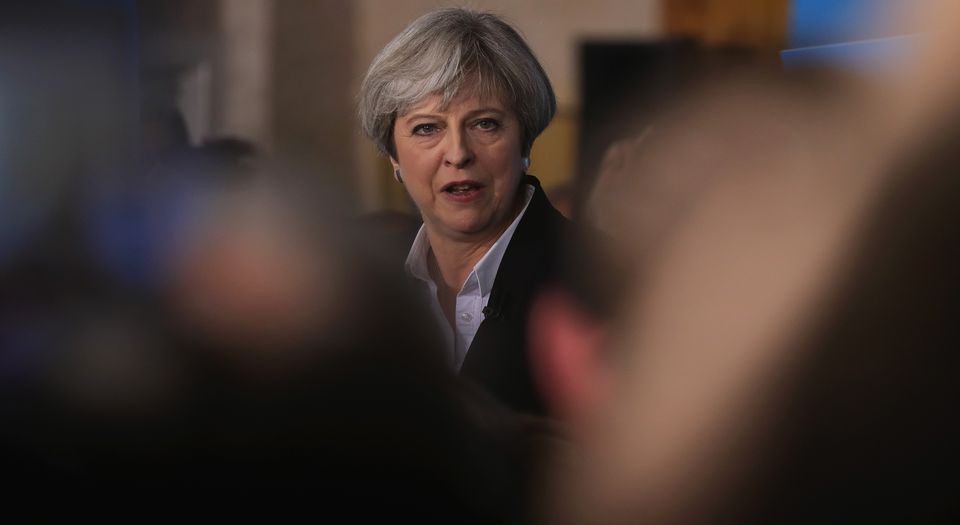 The Conservative government has finally published its European Union (Withdrawal) Bill – known as the Repeal Bill – which will end the supremacy of EU rules over UK law. Brexit secretary David Davis hailed it as ‘a major milestone in the process of our withdrawal from the European Union’. And about time, too.

Yet to listen to the political debate about Brexit today, you might imagine that the June election was really a second referendum on EU membership – and that the Remainers had won!

From the European Commission to the Confederation of British Industry and within every UK political party, the Remainer elites are revolting, trying to take advantage of prime minister Theresa May’s weakened position to reassert their control.

The opposition talk about defending parliamentary sovereignty against government diktat over the Repeal Bill. But what they really mean is taking back power from the insolent masses, who shocked them by refusing to obey orders from above and voting to Leave in the June 2016 referendum.

Even worse, on the other side, there is an evident loss of nerve and resolve among those who claim to be battling for Brexit. Within the minority Tory government, May (a Remainer at heart) is under pressure from her chancellor (and arch-Remainer) Philip Hammond and others to take a ‘softer’ line on the EU. Even leading Leave campaigners now insist that the UK could remain under the authority of the European Court of Justice after Brexit.

The way that the government’s proposed law has been downgraded from ‘The Great Repeal Bill’ promised earlier to a mere ‘Repeal Bill’ described as a ‘technical measure’ symbolises the shift in mood.

As somebody once said, enough is enough. Let us remind ourselves and the Remainer elites what Brexit is all about. In June 2016, 17.4million people voted for the UK to leave the EU. It was the largest democratic mandate for anything in British political history, representing millions more votes than either the Tories and their DUP allies or all the opposition parties combined received at the June 2017 General Election.

The biggest factor behind Leave’s victory was the popular demand for greater democracy and sovereignty, an assertion of control. That is why the Repeal Bill matters. It is also why that bill is far too limited in scope. And why the cross-party opposition’s claim to oppose it in the name of democracy is a fraud.

It matters because it will repeal the European Communities Act of 1972. That act has meant that, for the past 45 years, Euro-law has had supremacy over laws passed by the UK parliament. In other words, rules invented and imposed by the unelected, unaccountable European Commission have held sway over laws debated and voted on by our elected representatives.

Abolishing the 1972 act is a crucial first step towards more democracy. It will give the UK parliament the chance to repeal as many of the thousands of bureaucratic EU rules it chooses. The Repeal Bill will also end the jurisdiction of the European Court of Justice over the UK. That, too, would be a welcome step, breaking the power of another unelected, unaccountable instrument of politics hiding behind the robes of ‘justice’. (This week a former ECJ justice even asserted that the Euro-judges could rule any Brexit deal ‘illegal’, regardless of what the rest of us want.)

Yet remembering that Brexit is about more democracy also means recognising that the Repeal Bill does not go far enough. It does not ‘repeal’ the mass of EU rules at all. Instead, it simply writes them all into UK legislation. As Tory Brexit minister Steve Baker says, it is ‘a matter of converting EU law into UK law, it is not a matter of repealing and replacing’.

The government insists this is largely a ‘technical bill’ which will ensure that the rules we live under will be the same on the day after Brexit as the day before. Even existing rulings of the European Court of Justice will still stand, and enjoy the same standing as those of the (equally unelected, unaccountable) UK Supreme Court, subject to future judgements.

This approach risks reducing what Brexit secretary Davis hails as ‘one of the most significant pieces of legislation that has ever passed through parliament’ to a technical exercise in top-down continuity. It looks like a missed opportunity to implement the democratic changes demanded in the Brexit revolt.

The Remainer elites, however, think the Repeal Bill goes too far towards making Brexit real. Critics of the bill from all parties claim their concern is to uphold parliamentary sovereignty against government diktat, and ensure that ‘parliament must have the final say’.

The political elites believe in the sort of ‘representative democracy’ championed by the conservative Edmund Burke in his great debate with the radical Thomas Paine more than 200 years ago – one where an elected representative acts as the people’s superior ‘guide’, doing what he knows is best for the rest of us, and refusing to ‘sacrifice [his judgement] to your opinion’.

Much of the pseudo-democratic criticism of the Repeal Bill focuses on the temporary powers it would grant the government to amend some laws without a vote – branded ‘Henry VIII powers’ after the 1539 statute that gave the Tudor monarch the ability to legislate by proclamation.

We should of course be wary of any proposed increase in the powers of the executive arm of the state. But it is hard to take the Remainer elitists as champions of democracy while they are doing all in their power to usurp the demand of the demos for Brexit. Leading Labour and Lib Dem MPs may have read a different version of Tudor history than me, but I don’t recall Henry VIII reluctantly breaking with the Church of Rome or beheading two wives and assorted opponents because the people demanded it in a referendum.

The reality is that, even as the Repeal Bill finally sees the light of day, Brexit is now in greater jeopardy than at any time since the referendum. It would be seriously complacent for anybody to assume that all is well because more than 80 per cent of voters backed parties that are formally committed to some form of Brexit in the General Election. May’s hollowed-out Tory party is not to be trusted to see it through. Corbyn’s divided Labour Party – led, let us not forget, by a lifelong Leaver who shelved his radical principles and backed the establishment’s Remain campaign at the moment when it mattered last June – is trying to face both ways at once over Brexit.

There is a growing tendency among politicians to say, ‘yes, we must respect the referendum result’ (even though they despise it). But they want a neutered version of Brexit that can somehow retain UK membership of the European Single Market, the European Customs Union and the ECJ. As a slightly cynical friend of mine had it this week, that sounds rather like saying ‘I’m completely against hanging, but I just want to retain the noose, the trapdoor and the drop’. Vince Cable was widely scoffed at for suggesting that the major parties are so divided over Brexit that it might not even happen. But we should take his point (if not Cable himself) seriously. Even as the process of withdrawal gets underway, there are powerful forces pushing to try to make sure that we get a form of Leave that is really Remain by another name.

What should matter above all in this is the principle of popular democracy – implementing the expressed will of the people for Brexit, not party political point-scoring over the Repeal Bill. As Burke’s opponent, the great democrat Paine, put it: ‘It is not whether this or that party shall be in or not, or Whig or Tory, high or low shall prevail; but whether Man shall inherit his rights, and universal civilisation take place.’

For democracy, liberty and ‘universal civilisation’ in the UK today, it’s Brexit or bust.