The culture war over the Civil War

What Confederate apologists and antifa activists have in common. 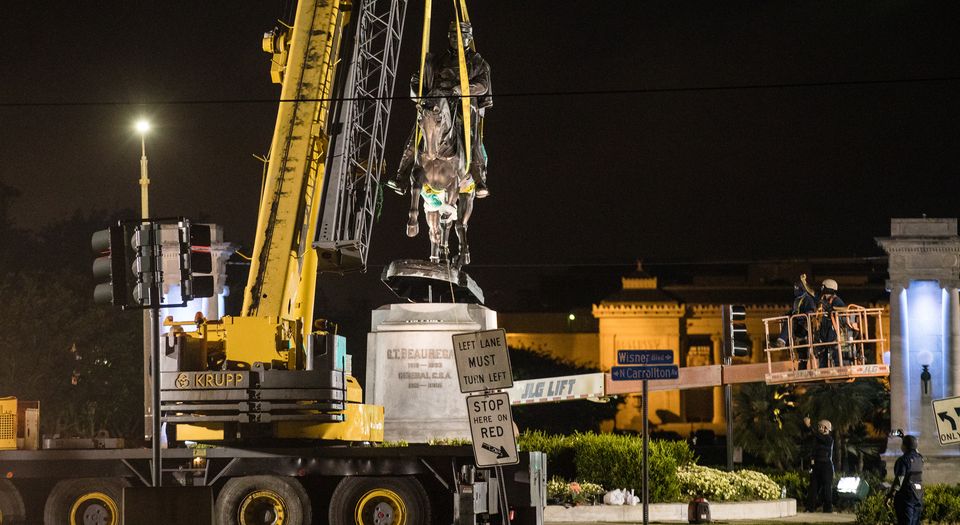 Civil War re-enactment in the United States is nothing new. Even before the remnants of the Confederate Army surrendered to General Sherman at Bennett Place in North Carolina, veterans were re-enacting their wartime exploits. But the hobby really took off in the 1960s, around the time of the centennial of the Civil War. No other war, at least in the US, has so many re-enactment fans.

This year, Civil War re-enactment found itself embroiled in contemporary controversy. In the run-up to the anniversary of the Battle of Gettysburg earlier this month, rumours circulated online that antifa and other leftist protest groups were planning to descend upon the famous battlefield in Pennsylvania to desecrate Confederate symbols and graves.

Right-wing activists kicked into gear. A few hundred, ranging from supporters of the Sons of Confederate Veterans to newer, alt-right fans of Donald Trump, turned up, many heavily armed. With AR-15s draped over their shoulders, these clearly weren’t hardcore re-enactors who spurn the use of any equipment that post-dates the Civil War era. They wanted a fight. A smalltime rerun of that old war. Fortunately, or unfortunately, in their view, they didn’t get it. The rumours were baseless: no antifa or any other leftist activists showed up. Instead there was the bizarre spectacle of young right-wingers in Confederate uniforms standing in a historic battlefield with their eyes peeled for lefties.

These gullible Confederacy fans aren’t the only ones looking to refight old conflicts. Liberal politicians across the US now demand the tearing down of statues dedicated to Confederate figures and other individuals who opposed the racial egalitarianism of postwar Reconstruction. Activist groups have made it their cause in recent years to remove all Confederate symbols from public life.

But, strangely, there is something that unites these two clashing sides in the war of words over the past and the Confederacy – a cynicism about the gains of the Civil War and the men who preserved the Union.

On much of the American left, a pernicious, conspiracy-minded view of the Civil War and its outcome has taken hold. The ratification of the Thirteenth Amendment, which abolished slavery, is in particular held in low esteem by many on the identitarian left today. This view, as put forward in the much-praised Netflix documentary 13th, holds that the amendment was phrased in such a way as to allow, sneakily, for the continued bondage of black Americans through penal servitude. This means slavery continued after the war, some argue. And of course, Confederate apologists likewise view the Union’s abolition of slavery as a cynical ploy, as being more about the preservation of Northern power than expanding liberty.

While modern-day leftists may, rightfully, despise the Confederacy, they show little reverence for the Union and the men who ended slavery. The cause of defending the Republic is not something that animates many on the anti-Confederate left today. They do not see the promise of the Declaration of Independence, which was reiterated by Lincoln at the battlefield of Gettysburg, as, ‘an uncashed cheque’, in Martin Luther King’s memorable phrase; they are more likely to see it as an outright lie.

As should be clear from the absence of pro-Republic sentiment, this phoney Civil War re-enactment isn’t about the Civil War at all. Indeed, many of the Confederate apologists at Gettysburg seemed all too happy to fly the Star-Spangled Banner – the flag their supposed heroes took up arms against. On the other side, antifa and other leftists, supposed opponents of the Confederacy, are far more likely to burn it. The Civil War has been turned into yet another battleground for America’s interminable culture wars. Attitudes towards the Civil War are really a proxy for something else entirely.

It’s virtue-signalling on old battlefields. Showing a favourable attitude towards the Confederacy, or at least being comfortable with its symbols, is now a way of sticking up two fingers to the liberal establishment in the big cities. This is clear from how popular it has become to fly Confederate flags in rural areas of states as far north as Oregon and Michigan. Likewise, letting the world know you find the Confederate flag offensive is a way to show you oppose racism, and more importantly that you are Good – even if you don’t actually admire what the Union and Lincoln did and said. Lost in all of this is any appreciation for the ideals that fuelled the Union and its defeat of the Southern rebellion: the ideals of liberty and self-government.