Why Charlie Gard should be allowed to die

Even in heartbreaking cases like this, reason must triumph over emotion. 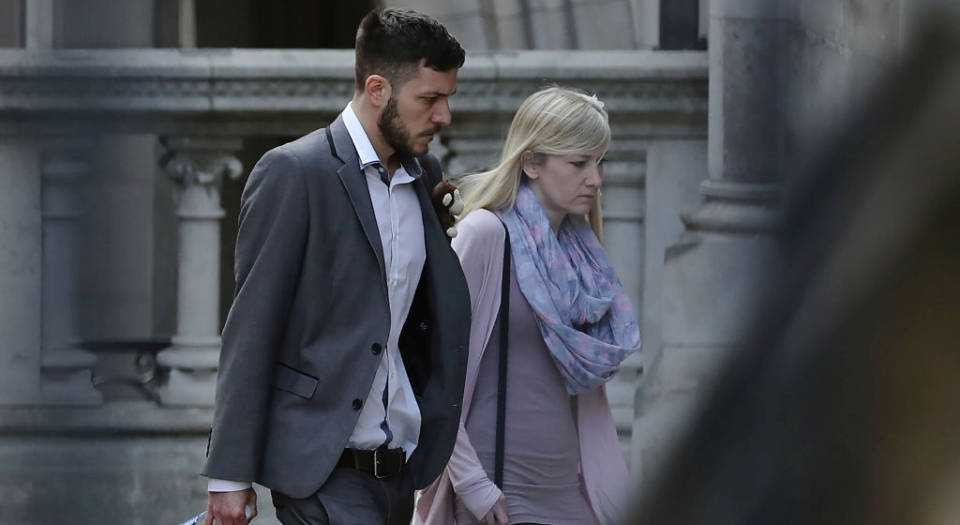 The death of an ill baby is always distressing, but there are times when it is in a baby’s best interests to allow him or her to slip away peacefully. That was the conclusion reached in January by the clinical team of 10-month-old British baby Charlie Gard at Great Ormond Street Hospital in London. It was a view shared by other experts who considered the medical evidence, by the High Court, the Court of Appeal, the Supreme Court, the European Court of Human Rights and the Vatican.

And yet there are many who disagree: 80,000 donors have raised over £1.3million to enable Charlie to be flown to America for experimental treatment, and 160,000 signed a petition calling for him to be ‘released’ from Great Ormond Street so he could do so. Charlie’s parents, Chris Gard and Connie Yates, have received sympathetic media coverage, appearing on the front page of the Daily Mail three times and on the sofa of ITV’s Good Morning Britain twice.

Many on social media are using the hashtags #dontkillcharlie, #charliesfight and #charliesarmy. Over the weekend, the Vatican’s position appeared to shift, and today US president Donald Trump offered his ‘help’ on Twitter.

Parents and doctors occasionally face agonising decisions over whether to treat a child or allow him or her to die. Nobody would ever claim these decisions are anything but heartbreaking. But the Charlie Gard case highlights a prevalent approach to modern-day moral dilemmas: the desire to resolve them with emotion, rather than reason.

His parents agreed with his doctors that without any medical improvement his life was not worth sustaining. As his mother bravely told the High Court in April, ‘we would not fight for the quality of life [Charlie] has now’. He was born last August with a rare inherited mitochondrial disease that causes progressive muscle weakness and brain damage. This means he cannot see, hear, move, cry, swallow or breathe unaided. He also has severe epilepsy, has suffered severe brain damage and has been kept alive with a ventilator, regular suctioning of his lungs, feeding by tube and other invasive treatments.

In these circumstances it would be moral to allow Charlie to die peacefully, as the doctors and Charlie’s parents agreed, unless there were treatments that could secure a better quality of life for him. It was on this issue that medical opinion, informed by reason, and parental belief, informed by emotion, diverged.

The medical opinion was that there was no benefit to Charlie of further treatment. As the High Court judge put it, after hearing from eight doctors and two nurses: ‘The entire highly experienced UK team, all those who provided second opinions and the consultant instructed by the parents in these proceedings share a common view that further treatment would be futile.’

Charlie’s parents, however, placed their hopes in one doctor based in the US, who had not met Charlie, but who, after considering his medical records, was prepared to treat him with nucleoside therapy. The therapy had never before been used on humans (or animals) with Charlie’s particular form of mitochondrial disease, and so there was no evidence that the treatment would be of any benefit. Moreover, having seen the latest evidence of Charlie’s brain damage, the American doctor stated that he could ‘understand the opinion that [Charlie] is so severely affected by encephalopathy [brain disease] that any attempt at therapy would be futile. I agree that it is very unlikely that he will improve with that therapy.’ He also ‘thought that Charlie was in the terminal stage of his illness’, and that ‘there could be no reversal of the structure of Charlie’s brain’.

Given this evidence, the judge’s conclusion was inevitable: transporting Charlie to America would be problematic, and subjecting him to nucleoside therapy may subject him to pain, possibly even to mutations. Hence, the judge asked: ‘If Charlie’s damaged brain function cannot be improved, as all seem to agree, then how can he be any better off than he is now, which is in a condition that his parents believe should not be sustained?’ He concluded ‘with complete conviction… that it is in Charlie’s best interests that I accede to these applications and rule that Great Ormond Street Hospital may lawfully withdraw all treatment, save for palliative care, to permit Charlie to die with dignity.’

This was a clear, reasoned conclusion, but Charlie’s parents rejected it on the basis of their beliefs. They said in court that ‘they believe that [Charlie] has a sleep/wake cycle and can recognise them and react to them when they are close’. But this was not supported by the medical evidence concerning the extent of Charlie’s brain damage, or by the testimony of the nurse who had, according to the judge, ‘spent over 200 hours in Charlie’s bed space often with his parents present’. Indeed, Chris Gard made clear that his desire to take Charlie to America was based on belief rather than reason: ‘We truly believe that these medicines will work.’

In this case, there were two profoundly different ways of deciding where Charlie’s best interests lay: one involved using the mind to engage with reason, and the other involved using the heart to engage with beliefs, feelings and sentiment. A morality based on reason seeks to understand the truth, something that is objective and external to the individual. A morality based on emotion is less concerned with truth than with subjective and internal feelings.

In response to the High Court decision, Charlie’s parents made a statement describing how they ‘[broke] down in court’ hearing comments about Charlie, such as ‘no purposeful movements’, ‘he can’t breathe because his brain doesn’t work’, ‘he’s blind’, ‘he never wakes up’, and ‘he’s in pain’. They claim ‘none of this is true’, even in the face of the expert testimony and the court’s verdict.

A few days later, in an interview with the Daily Mail, Charlie’s mother expressed her anguish: ‘When I think about willingly turning off Charlie’s life support, with him dying in our arms, I cry uncontrollably… He has chubby, squeezable little legs, his hair needs to be combed more.’ The interview was heartbreaking. It relayed many facts that were irrelevant to the issue of Charlie’s best interests, but would no doubt pull at the reader’s heartstrings.

The response of Charlie’s parents is understandable in a society torn over whether to resolve moral dilemmas with reason or emotion. But this does not mean that we should refrain from challenging what French philosopher Chantal Delsol identified in 1996 as the ‘morality of emotion and indignation’ – a ‘rambling outpouring of the conscience in a world without ethical structure’ (1).

Over five months the courts were, to use the Supreme Court’s words, in some sense ‘complicit in directing a course of action which is contrary to Charlie’s best interests’. These prolonged court proceedings will have consumed considerable resources that would otherwise have been available to meet patient need. Aside from the legal costs, which will have been considerable, the anxiety caused to the medical and caring professionals, whose reputations were on the line, will have been immeasurable.

One of the most depressing aspects of the four court judgements is that none of the medical professionals – who the High Court judge described as working in ‘our excellent hospitals’ – could be named. One of the ‘leading experts in the world with a special interest in mitochondrial diseases’ was referred to as ‘A’, and so it continued through the alphabet to the staff nurse referred to as ‘H’. These dedicated professionals were dignified with a letter rather than a name, lest their reputations be tarnished.

The courts may have come down on the side of Great Ormond Street, but, as the Daily Mail observed, ‘the world-renowned children’s hospital has struggled to maintain its reputation, with some Charlie supporters venting their anger and threatening to end charitable donations’.

These are all concrete instances of ‘a world without ethical structure’: a baby is kept alive for five months against his best interests, while lawyers draw resources away from patient care; dedicated professionals are treated as uncaring; and the reputation of an excellent hospital suffers. Our capacities for emotion and reason are at the core of our humanity. But, when it comes to morality, we must allow our minds to take over from our hearts. If we allow the morality of emotion to dominate, then we end up in a world without ethical structure.

Jon Holbrook is a barrister He is giving a lecture on the Legal Subject as part of The Academy on 15 July 2017. Follow him on Twitter: @JonHolb

(1) Icarus Fallen: The Search for Meaning in an Uncertain World, by Chantal Delsol, ISI Books, 2003.