The power of the pro-choice movement

The Tories’ Northern Ireland concession shows how much things have changed. 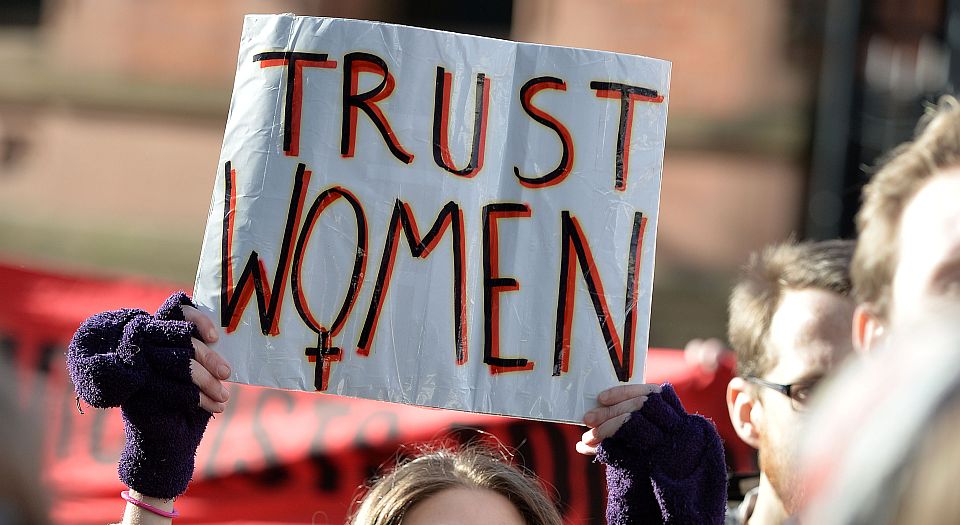 Although the announcement that the government will fund abortions in England for women from Northern Ireland appeared to come out of nowhere, the issue has been a festering sore for successive governments for years.

Of all the demands of the UK pro-choice movement, equity in access to abortion services for women from Northern Ireland has traditionally been the one that attracts the most sympathy. Even if you don’t agree with abortion, there’s a strong argument that women’s right to NHS services should be consistent throughout the UK. Most people don’t know that the Abortion Act 1967 does not extend to Northern Ireland and are appalled when they find out. And not only does a woman from Newcastle, County Down have to travel to receive a service that a woman from Newcastle upon Tyne can attain at home, but, unlike her English sister, she must also pay for her care.

Despite support from the fabulous Abortion Support Network, which raises money and provides practical help for women who make the journey from Ireland to Britain, and the policy of the British Pregnancy Advisory Service to ‘never turn away a woman we can lawfully treat’, the situation for women has been contemptible. And even with care in Britain paid for by the NHS, it will remain so.

If ever there is a time when a woman should be able to get medical care locally, it is when she needs an abortion. Ending a pregnancy carries its own specific emotional burdens, and requiring women to travel, when pregnant, to receive a medical procedure in a culturally unfamiliar environment is simply cruel.

Women in Northern Ireland will not have ‘won’ until they have the abortion care they need provided safely at home. Until that is delivered, the very least the UK government can do is to ensure that they do not have to suffer the financial burden. Currently it is unclear whether the government’s funding commitment extends to travel and accommodation, but there is precedent. Women who travel to England from Scotland for late abortions that local services don’t provide often have their journey supported.

So, alongside campaigns to change the law, there have been campaigns for funding – as an interim measure. And so, in the spirit of honesty, it is important that this partial concession is seen for what it is: a concession (which is good) and partial (which is partly good).

Apart from the obvious reason why the concession is good (relief of an injustice, and practical help), it demonstrates that politicians now see bending to pro-choice, rather than anti-abortion, opinion as expedient. This is the first time this has happened since the Wilson government agreed to encourage David Steel’s private member’s bill that resulted in the Abortion Act 1967.

Yes, Stella Creasy MP made a tactically astute move when she presented the matter of funding as an amendment to the Queen’s Speech, allowing it to become a disproportionately disruptive issue to the government’s running of business. And yes, given widespread criticism of the government’s alliance with Northern Ireland’s Democratic Unionist Party, a demonstration of support for a liberal cause, with which the DUP disagrees, is helpful. But it is worth bearing in mind that under Tony Blair’s majority Labour government, concessions were all in the other direction.

Those of us with longish political memories will remember that, in 2008, an amendment to the Human Fertilisation and Embryology Act to extend British abortion law to Northern Ireland, which had a good chance of being carried, was stitched up by Blair’s majority Labour government, all to avoid upsetting the then (as now) fragile devolution agreement.

Over the past 10 years, it is clear that attitudes towards abortion in Northern Ireland have changed substantially. And, as a growing number of women speak out about using safe abortion medicines obtained online, it is clear that the laws prohibiting abortion are unenforceable. There is minimal support for the prosecution of women who end their own pregnancies. Indeed, publicity about the potential for such prosecutions has fuelled support for the campaign to decriminalise abortion altogether across the UK.

The government made this concession not because it is necessarily sympathetic to the plight of women, but because it was expedient to bow to pro-choice opinion. In short, it took notice because when it needed to wheel and deal, we were significant players. That is a win in itself.

It is possible that the government hopes that funding abortions for Northern Irish residents will take the urgency out of campaigns for legal equality in Northern Ireland and the decriminalisation of abortion. If that is its thinking, it is wrong.

Last week saw members of the British Medical Association vote by a two-thirds majority to support the decriminalisation of abortion, the speaker of the House of Commons select a motion to amend the Queen’s Speech to fund abortions for women from Northern Ireland, and then a government pre-emptive action to support that funding.

This is not just a partial concession that will ease pressure. On the contrary. Many of us are humming along to that dodgy disco classic ‘Ain’t No Stoppin’ Us Now’. We are indeed on the move, and we know that with a referendum due next spring in the Republic of Ireland, we have everything to play for.