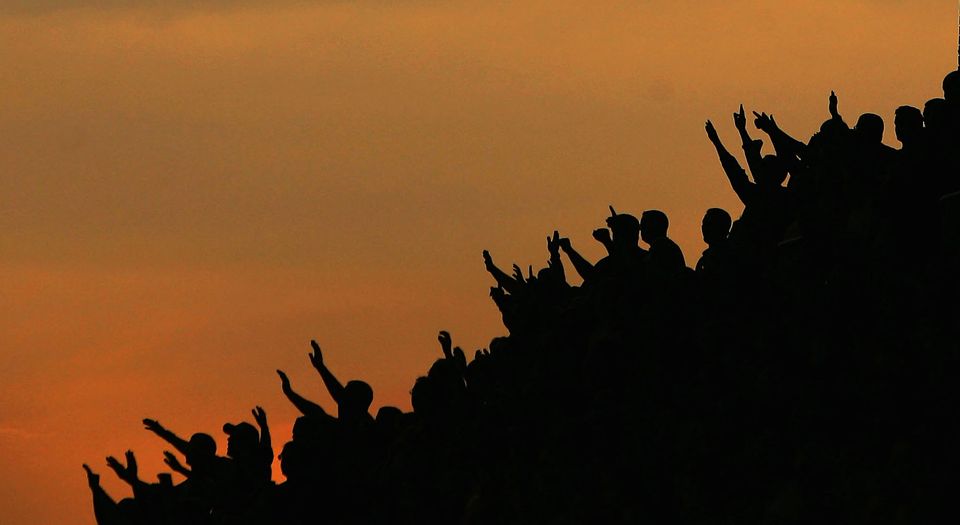 We rebelled against technocracy, but TINA still rules.

One of the defining characteristics of modern political elites, from Brussels to Whitehall to Washington, is their capacity for self-delusion. That has been dialled up to 11 in recent months, as a series of democratic upsets have left the political class’s authority in tatters. In the past year, a demagogic outsider – loathed by his own party and the opposition – was put in the White House by voters fed up of being ignored. The French political class was decimated at the ballot box, the parties of both left and right brought low. And, in the Brexit vote, the British public defied both Brussels and its own political leaders, all of whom backed Remain.

Each of these moments were different, and some were far more positive than others. The Brexit vote was historically unprecedented – the first time that Britons had used their vote to reject the entire political establishment, and the continent-wide order. The Trump vote was revolt-by-blunt-instrument, fuelled by a desire among voters to stick two fingers up to a distant elite that quite literally deplored them. And the election of Emmanuel Macron was both a rejection of the elite and a tactical surrender to it. Macron, thoroughbred creature of the establishment, knew he had to disown the establishment to win, but remained the unloved lesser of two evils, against the threat of Marine Le Pen.

But what all of these moments had in common was that they sparked self-delusion among the elites. After Brexit and Trump, the response was downright hysterical. Politicians and the opinion-forming set refused to reckon with either, and chose instead to denigrate and depoliticise them. The Brexit vote was a ‘howl of rage’. Trump’s victory, according to one columnist, was the ‘greatest calamity to befall the West since World War II’. The Nazi references flew. By treating these moments as aberrant, racist, apocalyptic, the product of ignorant masses whipped up into a Nuremberg-style fury, they absolved themselves of responsibility. If anything, this became the pretext by which they could pose as the defenders of civilisation.

And this, of course, is where Macron was different. The response was certainly deluded, but far more upbeat: in his victory, the political elites in France and across the Western world saw their salvation. The Economist ran a front cover of Macron walking on water. ‘Welcome to the revolution’, the leader read. ‘The hopes of France, Europe and centrists everywhere are resting on [Macron].’ The humbling of former favourites Les Republicains and the effective killing-off of the Parti Socialiste – making it the first election in the history of the Fifth Republic in which neither the party of the left nor the right got a look in – was taken as a strange kind of vindication.

In Macron, they saw someone who could save the political elite, and the European Union in particular, which had been so bruised by populist revolts. The fact that his victories in the presidential race and at the recent parliamentary elections consecutively broke the record for abstention among voters failed to bother them. ‘The turnout was low, but it has been falling for years’, shrugged The Economist. Despite the fact that Macron commands the support of only a tiny slither of the French public, despite the fact that his opportunistic rise was clearly more an expression of the exhaustion of the political elite than an endorsement of his own vague Blair-lite politics, he is seen as a rejuvenating figure.

Herein lies the essence of the political moment in which we find ourselves. While the public has rejected the elite, the elite remains intact – emboldened, even. It still controls the narrative. It can rubbish Brexit, write off Trump supporters, and hail the lightweight Macron as the true victor. It gets to decide what is a democratic ‘revolution’, and what is a ‘howl of rage’. This tells us a lot about the blinkeredness of those in power. But it also tells us about how fragile this new, democracy-thirsting moment is. These revolts have no cultural or political affirmation, and no clear movement behind them. And in this vacuum, the technocratic order spies an opportunity to reassert itself.

That Macron’s low support among voters so nonplussed his cheerleaders should come as no surprise. In recent decades, politicians have increasingly looked not to voters, but to one another, and to supranational organisations, for validation. As Chris Bickerton writes in The European Union: A Citizen’s Guide, this is particularly pronounced in relation to the EU. ‘Over time, national governments have started to think of their existence and power as coming from membership of the EU.’ He cites the example of Portuguese president Anibal Cavaco Silva, arguing in 2015 that opposing EU-enforced austerity was ‘unconstitutional’ and beyond debate. This tells us a lot about the nature of the modern political elite so many have turned against.

In Ruling the Void, Peter Mair describes a process by which political parties have retreated from public life and civil society and into the state. Plummeting membership of political parties and turnout in national elections was, he notes, a shared feature of all developed democracies at the end of the 20th century. As a result, political parties ‘have become agencies that govern – in the widest sense of the term – rather than represent. They bring order rather than give voice.’ In turn, ideology withered, and parties became absorbed into an amorphous governing class. They began competing not on the basis of ideas or interests, but on their readiness to govern.

Due to this crisis of legitimacy, politicians outsourced responsibility for key areas of policy to unaccountable institutions. This happened domestically and supra-nationally, most notably through the European Union. It created a restrictive, regulatory state devoted to ensuring obedience to particular economic rules, such as the EU Stability and Growth Pact, enforced by independent bodies, such as the European Central Bank, aimed at maintaining stability. And when elected leaders fail to meet these requirements, or lose the confidence of these unaccountable institutions, their very right to rule is called into question. When the Eurozone crisis hit in 2011, the EU stage-managed the stepping down of elected prime ministers in Greece and Italy, and their replacement by technocrats.

This is Thatcher’s dictum, There Is No Alternative, writ large. But it is not the triumph of Thatcherite neoliberal ideology. Though during the 1990s, proponents of the Third Way, with Anthony Giddens – Blair’s favourite intellectual – to the fore, presented this as a new politics, it was really just an accommodation to the death of politics, and of any alternatives. Supporters of the Third Way, and of the European Union, often call themselves progressive; Progress being the name of the Blairite, pro-EU pressure group within the Labour Party. But the aims of the Third Way were always oriented towards ‘managing’, rather than instigating, change – shrinking the scope of politics to managing the status quo indefinitely.

This is what we might call the technocratic turn, borne of a deep mistrust of the public. But what’s striking is the so-called experts’ capacity for making things worse. They are committed more to upholding the technocratic status quo, meeting their own enshrined rules, than acting in citizens’ best interests, or in line with common sense. The EU’s treatment of Greece in the wake of the sovereign debt crisis is a prime example. Punishing austerity meant Greece’s economy contracted severely, and meant that German voters – smarting at having to bail out the Greeks – were less likely to get their money back. Nevertheless, the Troika couldn’t countenance any threat to its authority, any bending of ‘the rules’.

But things have shifted. The past year has witnessed a democratic awakening. After decades of the public being shut out of politics, with the governing class left to manage the world in distant chambers, they have asserted themselves, and sent the elite into apoplexy. But the entrenchment of technocracy, its usurpation of political life, remains profound. In the backlash against recent democratic revolts, we have been reminded of the scale of what we’re up against – a political class that while thoroughly fearful and visionless is defined by its determination to hold on to its position, and to uphold its petty rules-based order. The threat of change, of democratic rupture, is too great for it to relent. And though weakened, it still stands.

But the fact that a political class so weak, so lacking in democratic legitimacy, can cling on speaks to what these democratic uprisings lack: a real alternative, an articulation of a real programme for change. The electoral exhaustion of right-wing protest parties – the collapse of UKIP and the burning-out of Front National – shows that they were only ever vehicles for popular discontent. Meanwhile, Trump has proven himself an empty vessel, incapable of and uninterested in passing domestic legislation and reliant on disastrous, foreign-policy theatrics in order to appear presidential. Indeed, his recent actions in Syria seem aimed more at seeking the approval of the Beltway set than his Rust Belt base.

The eruptions of the past year were never about a resurgent nativism, which is why they’ve taken different forms around the world. But any positive, coherent vehicle for popular discontent has yet to emerge. Existing political parties have tried, and failed, to meet the hunger for change. In the recent UK election, Theresa May paid lip service to the Brexit spirit, while offering an uninspiring array of tinkering, technocratic policies. And although Corbynmania is still taking Hampstead by storm, his support feels limited, more clicktivist than activist. His nostalgic state-socialist-lite offer proved even more unpopular than May’s at the ballot box. And though he is formally committed to Brexit, much of the Parliamentary Labour Party and membership remain set against it.

For Brexit voters in particular, who are faced with the biggest opportunity to reject the status quo and carve out a closer, democratic politics, this vacuum needs to be filled. In defying the doomsday predictions of the elite Remain campaign, in insisting that accountability was more important than short-term economic stability, the 52 per cent delivered a decisive, defiant blow to technocracy. But no movement or party or politics has emerged to give it flesh, direction, affirmation. In the short term, this puts the Brexit vote, now subject to the elite wranglings in Whitehall and Brussels, at threat. And it means the democratic change it heralded will remain delayed. As distant, undemocratic, wounded and deluded as the technocratic elite is, it still rules. For now.