Some Labourites are using the Grenfell disaster to score political points. 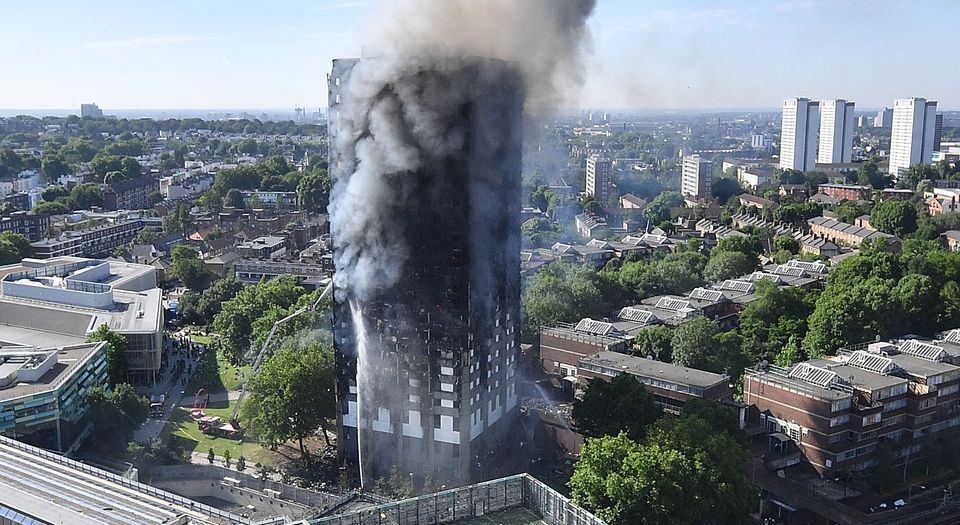 We don’t even know how many souls perished in the Grenfell Tower inferno, and yet already they are being marshalled to party-political ends. Already Labour-leaning commentators and campaigners are using them, using the freshly dead and the unspeakable horrors they experienced, to make milage for their party, to brand the Tories evil and Jeremy Corbyn saintly. In the 20 years I’ve been writing about politics, I can’t remember a national tragedy being exploited for party-political gain so quickly. The time between a calamity occurring and the use of it to harm one’s political enemies and fortify one’s political allies is shrinking all the time. It’s now mere hours, minutes even, courtesy of social media. What has happened to us?

In the 24 hours since fire engulfed that tower in west London, the blame game has been intensifying. There’s a feverish hunt for the one person or the one thing – or the one attitude, primarily uncaring Toryism – that we might pin this horror on. The landlords didn’t care enough. Theresa May’s new chief-of-staff ‘sat on’ a report about tower-block safety. Tories, including rich Tories with double-barrelled surnames (awful creatures), voted against a proposed new system of fines for landlords who let down tenants. Boris Johnson, when he was mayor, made cuts to fire services. Even worse, during a debate about the cuts in the London Assembly he told a Labour rival to ‘get stuffed’. That detail is appearing everywhere, because the true aim here is not to work out what went wrong at Grenfell but to say: ‘Tory scum.’

Social media is awash with Tory-bashing. This party, May herself, is to blame. How? Why? Did they light the flames? Fan the flames? No, it’s because they do not care. They are wicked and they emit this wickedness. They ‘love money more than life’, tweeters say; they have unleashed the ‘horror of austerity’; they are still the ‘nasty party’ and their nastiness kills. The speed and ease with which legitimate questions about what the managers of Grenfell allegedly failed to do have crossed the line into the blackening of certain Tories’ names, and the indictment of the entire culture of Toryism, suggests this is driven less by an instinct for thorough investigation than by an urge for retribution. There’s an old-world feel to it: something dreadful has happened and so we need someone, some thing, to punish for it, to project our grief on to, to transform into the human embodiment of this sin so that he or she might be cast out and our society cleansed.

This compulsion to blame is a central feature of 21st-century life. Every accident or awful thing that happens is followed by now almost instant demands for heads to roll. We seem incapable of accepting that sometimes horrendous experiences cannot easily be blamed on an individual or a group or a party. Like medieval communities who burnt witches when their crops failed – someone just had to be held morally responsible for the awful consequences of crop failure – today we point a collective or at least media finger at ‘uncaring’ individuals and institutions every time a tragedy occurs.

This is not to say there isn’t a discussion to be had about Grenfell. Of course there is, and a very serious one indeed. Specific issues, about the building’s cladding and its weak fire-alarm system, must be addressed. And far broader questions about the failures of house-building and the corresponding warping of the housing market, and how these things impact on house prices and on the moral value we accord to social-housing residents, must be asked too. James Heartfield raises these broader questions on spiked today, and spiked will publish more on this next week. But the blame game, today’s sometimes hysterical retributive instinct, doesn’t address these issues or questions. In fact it can distract from them. Its preference for condemnation, for the collective chiding of evil individuals, for finding the person or thing we can all round on and get a kick from destroying, elevates the narcissistic moral needs of the media mob over serious analysis of Britain’s broad and complicated economic and social problems.

‘But the Grenfell disaster is political’, the people exploiting it cry, somewhat defensively. And they’re right. It is. Social housing and gentrification and the eco-approved application of cladding to tower blocks are political issues, or at least public issues, and we should talk about them. But these people aren’t treating Grenfell as political; they’re treating it as party political. They’re using it to demean Toryism as evil, and big up Corbyn as the leader Britain needs right now. He cares, you see, unlike them. He is Good, they are Bad. This isn’t politics – this is a culture war, where the horrors experienced by the working classes of North Kensington are used to underpin the binary moralism of a Corbynista worldview of the right as wicked and the left as decent. They are building their political movement on the corpses of the poor, and no amount of radical-sounding lingo can cover up just how cynical, opportunistic and depraved that is.