These tenants were put at risk because they are poor. 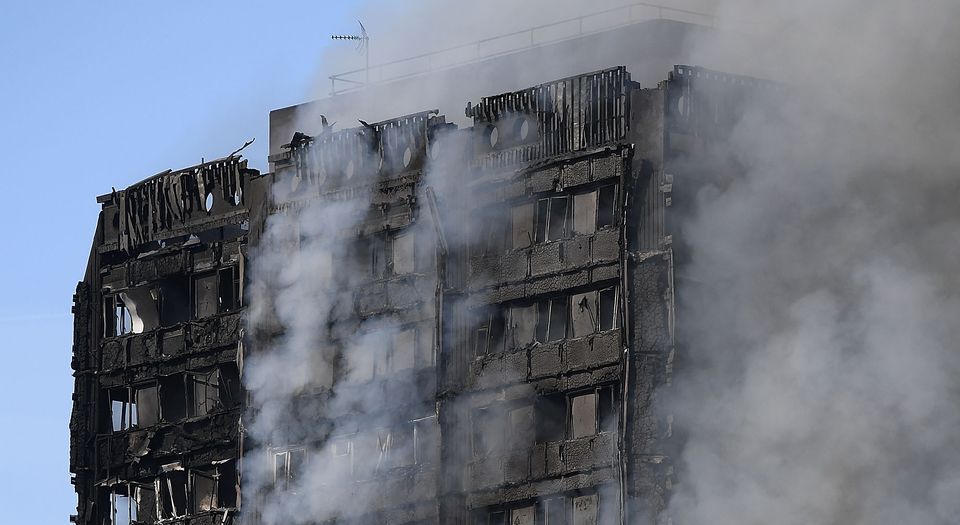 The precise cause of the fire that broke out in Grenfell Tower on Tuesday night is not yet known. But what is clear is that the precautions against fire were woefully inadequate. Tenants of the Kensington and Chelsea Tenant Management Organisation warned again and again of fire risks. Their pleas were not heard because they are the people who have been elbowed out of consideration in London’s much-vaunted urban renaissance.

The fire that raged through Tuesday night was unchecked by sprinkler systems that would be common in a US tower block. Nor were the fire doors adequate to stop the spread of the fire. As in many similar fires, Grenfell Tower’s outside plastic cladding, which had only recently been added, has been identified as a possible cause of the spread of the fire between floors. At the time of writing, 17 people have been confirmed dead, with the toll expected to rise.

The main reason that the Grenfell tenants were put in harm’s way is that central London’s urban renaissance has always meant gentrification for the few, but overcrowding and under-resourced housing for the many. For many years, inner-London was a byword for poverty and deprivation. But at the beginning of the boom in the mid-Nineties, that began to turn around. London’s buoyant finance economy helped drive a rise in house prices that put a premium on the inner-city sites that had before been a drag on local-authority spending.

In 1998, the Labour-appointed Urban Task Force, headed by Lord Rogers, set out the ground rules for recovery. It was determined that growth would not lead to ‘urban sprawl’, but that all new building would take place on already developed ‘brownfield’ land. Its mantra was to ‘build up, not out’. Additional demand could be met by ‘smart growth’, meaning more compact occupation. The Green Belt would be defended against any expansion.

The Urban Task Force plan was, at best, a utopian extrapolation of the living styles of young, loft-dwelling professionals. But when it was rolled out as the model for all Londoners, its incipient bias against the masses became clear.

The impact of the plan was to limit the number of dwellings built consistently below demand. House prices rose and the cachet of an inner-London address rose with them. As house prices spiralled, local authorities could see that the large inner-city estates they managed need no longer be an economic burden. If only they could move (or ‘decant’, as their policy documents put it) their lower-income housing tenants out, they could sell on the land to developers with a windfall profit. Transferring tenancies to Tenant Management Organisations was one way that they could reduce their responsibilities to their low-income tenants. Set up with the government’s blessing, these TMOs are shoestring operations outside of democratic control. They push around their tenants because they know that there is no mechanism for tenants to voice their concerns.

In the plans for London’s supposed renaissance, and in the rush of both Labour and Tory governments to represent the centre ground, these tenants’ voices were ‘triangulated’ out of the equation. Not catered for by local authorities, or by a perversely overheated market, they had too little bargaining power to defend their interests. Big cash spenders could command whatever changes they wanted, but those on low incomes were voiceless.

Campaigners on the housing question have not been heard by the government in Westminster or County Hall. Understandably, most protests have been reactive against change, condemning regeneration as ‘gentrification’. That is because ‘change’ is the slogan of rent-seeking developers and local authorities whose only concern is to cash in on rising property prices.

The long-term solution for London’s tenants, though, must be change. And not only change, but regeneration – real regeneration. It would have been far better if new accommodation had been built for Grenfell Tower residents, rather than the superficial approach of prettifying the exterior with plastic cladding. (A move, some believe, designed to placate the tenants of nearby luxury blocks.)

The architects of the so-called urban renaissance have been keen to insist that there is nothing wrong with tower blocks in principle, and they have half a point. Tower blocks with fire escapes and sprinkler systems should be a part of the programme for building the homes we need.

But there is a guilty secret behind the defence of tower blocks. London was saddled with a perverse plan for growth that stopped the natural expansion of the city. Now at eight million plus, London’s population has ramped up rapidly over the past 15 years. What they sold us as ‘smart growth’ is turning into overcrowding – all the more so as people double-up in response to climbing rents and prices. To house its citizens, London needs to expand outwards. The build-up-not-out mantra needs to be challenged. Right now we need to build out, not up.

The way that Grenfell Tower residents were pushed around is all too typical of the disenfranchisement of the mass of working-class people in the technocratic Nineties and Noughties. But Britain’s tolerance for its masters is shifting. The mood to fix the problems that have put these tenants at risk is strong. Calls for proper regulation of fire risks are right, and the lessons from this and previous fires must be learned. But regulation in itself is a kind of lifeless response to the problem. Without the will to build more and build better, regulations would only turn into a box-ticking exercise at best, and a drain on new building at worst.