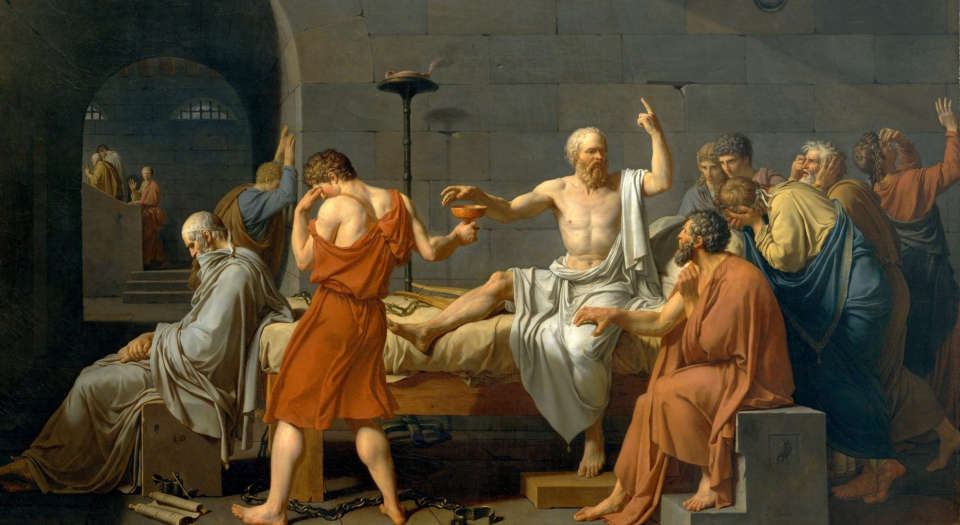 The ideal of autonomy

Moral independence can only flourish in a society that trusts its citizens.

Contemporary society has a paradoxical relationship with the ideals of human autonomy and self-determination. These concepts are rhetorically upheld as values that are fundamental to liberal democracy. Yet, in practice, the principle of autonomy is frequently dismissed as a myth or downsized into a relatively undistinguished second-order principal. Today, as in the past, autonomy is criticised from an elitist and paternalistic standpoint that insists that people lack the capacity, time, resources or opportunity required for self-determination.

Critics of autonomy point to the power of the media, the influence of consumer society or the pervasiveness of ideologies to argue that ordinary people are far too overwhelmed by these forces to think for themselves and act in accordance with their interests. In one form or another, these illiberal arguments against autonomy have been directed at enlightened thinkers since the time of antiquity.

The idea of autonomy is historically bound up with the quest to express and give meaning to human development and potential. Through the centuries, this search led to the crystallisation of the Enlightenment conception of personhood – the idea that personhood is accomplished through the exercise of personal agency and autonomy. Autonomy was understood as the expression of our personal, subjective, individual selves.

Since the ancient Greeks, the development of the value of freedom was inextricably linked with the attempt to formulate an ideal of self-governance. Over the centuries, this quest for self-determination led to the conviction that human action and behaviour were not entirely determined by forces external to the individual. By the 18th century, an optimistic view of personhood became coupled with a moral outlook that claimed that the exercise of autonomy – of individuals making choices – was the precondition for the flourishing of humanity.

The 18th-century Enlightenment regarded autonomy as an attribute of a person who engages with the world as an active, reasoning and conscious individual. The etymology of this word – autos (self) and nomos (rule or law) – conveys the meaning of self-rule. The term was first used in the Greek city states: According to one account, a ‘city had autonomia when its citizens made their own laws, as opposed to being under the control of some conquering power’.

This important concept developed by the Greeks acquired a more compelling dimension with the development of a rationality-based moral philosophy in the 18th century. This philosophy elaborated on a morality based on self-governance by recognising the transformative power of reason.

This was an optimistic cultural outlook that believed that all human beings had the potential for understanding what was morally valuable. Its assumption that through self-governance the life of a community would flourish underwrote the development of the modern ideal of autonomy.

An autonomous person is presumed to possess moral independence – that is, he or she can act with moral responsibility. Through the exercise of autonomy, people can develop their personality by assuming responsibility for their lives. The cultivation of moral independence requires that people are free to deliberate and come to their own conclusions about the views and opinions they hear. As the philosopher Ronald Dworkin explained:

‘Government insults its citizens, and denies their moral responsibility, when it decrees that they cannot be trusted to hear opinions that might persuade them to dangerous or offensive convictions. We retain our dignity, as individuals, only by insisting that no one – no official and no majority – has the right to withhold an opinion from us on the grounds that we are not fit to hear and consider it.’

Through reflecting freely on opinions and deciding for ourselves what is good and bad, we learn to behave as responsible and independent citizens. In the course of such deliberations, people not only forge their own opinions but also influence the views of others. The exercise of moral responsibility thus possesses an active dimension insofar as we seek to communicate our views to our fellow citizens.

The exercise of moral autonomy requires that people are able to be themselves, act in accordance with their inclinations and tastes, and feel free to adopt a lifestyle that allows them to express their personality. As Dworkin stated, ‘citizens have as much right to contribute to the formation of the moral or aesthetic climate as they do to participate in politics’. Hence, in order to respect people’s moral autonomy, tolerance towards social attitudes is as necessary as tolerance towards beliefs and opinions. Or, as another philosopher, Joseph Raz, wrote, ‘autonomy requires that many morally acceptable, though incompatible, forms of life be available to a person’.

Valuing autonomy doesn’t reflect a naive, populist belief that the public can do no wrong. Millions of people continue to fall prey to conspiracy theories, prejudices and irrational influences. Even at the best of times, individual autonomy is an ideal that can be realised inconsistently. People live in a world not of their own making and in circumstances that often elude their aspiration to determine their own affairs. The exercise of autonomy has always come up against external constraints – natural obstacles, economic exigencies, wars, conflict and social dislocation. Today, it also faces a cultural climate that is deeply suspicious of the aspiration for autonomous behaviour.

The recognition that autonomy is morally valuable and that people’s attempts to make their own lives should be respected does not mean that people always make the right choices for themselves. Nor should an ideal be confused with the attempt to realise it. Formidable obstacles always stand in the way of individuals who wish to be the authors of their own lives.

But the difficulties that stand in the way of realising personal autonomy do not negate this ideal. People possess the potential for making their own lives. As with all freedoms, how autonomy is exercised and whether its potential is reached depend on specific circumstances. As Dworkin points out, there is a clear distinction to be made between the ‘general point or value of autonomy and its consequences for a particular person on a particular occasion’.

It is precisely because autonomy is difficult to achieve that a democratic society must foster a climate that is hospitable to individual, social and political experimentation. Even in the most difficult of circumstances, it is important to act on the presumption that people have a capacity for autonomy. Why? Because, though we cannot choose who we are, we can still possess a measure of freedom to choose what we do.

Like all the ideals that are associated with freedom, moral independence cannot be taken for granted. It needs to be lived and fought for. That individuals sometimes fail to exercise autonomy or make choices that are against their interests, does not devalue this principle. Striving for autonomy is inextricably linked to the development of the human potential.

The intimate connection between humanity and autonomy was recognised by the Greek philosopher Aristotle, whose vision of human flourishing emphasised self-direction and choice. Aristotle claimed that it was through the self-directed activity of making choices and evaluating these experiences that individuals can cultivate the virtues necessary to lead a good life.

All too often, the significance of making choices is trivialised by critics who regard it as the functional equivalent of going shopping and choosing one brand over another. Critics of choice sometimes argue that most people aren’t presented with real choices, and that therefore autonomy is an illusion.

What critics of autonomy fail to grasp is that, whatever the obstacles that stand in the way of freely determined action, humanity can only act responsibly through striving for autonomy. It is difficult to hold ourselves or others to account for choices that we assume are not of our own making. From this perspective, the right to choose is not simply important for the flourishing of the individual concerned. Freely determined action develops our capacity to make judgements and to act on them, and, in turn, we become accountable for our actions to others. The corollary of the right to choose is the willingness to be held responsible for the consequences of our choices.

Moral independence, accomplished through the right to choose, is integral to a genuinely human vision of freedom. Autonomy, which is realised through an independent exercise of judgement, can only flourish in a society that trusts its citizens. That is why, in the end, how we view choice is determined by whether or not we trust each other as members of a common moral universe.

This is an edited version of an essay that appeared in Conscience magazine. 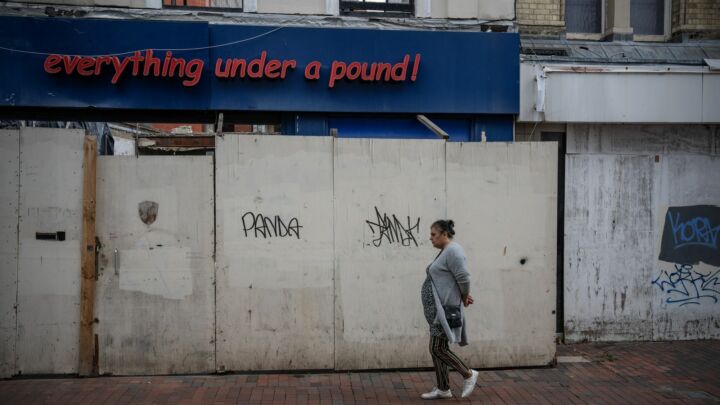 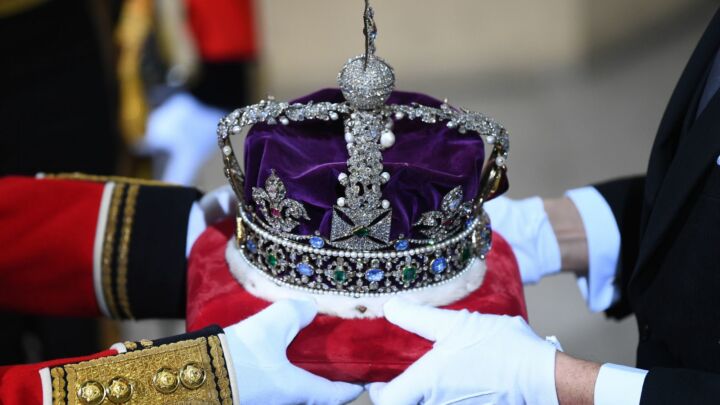 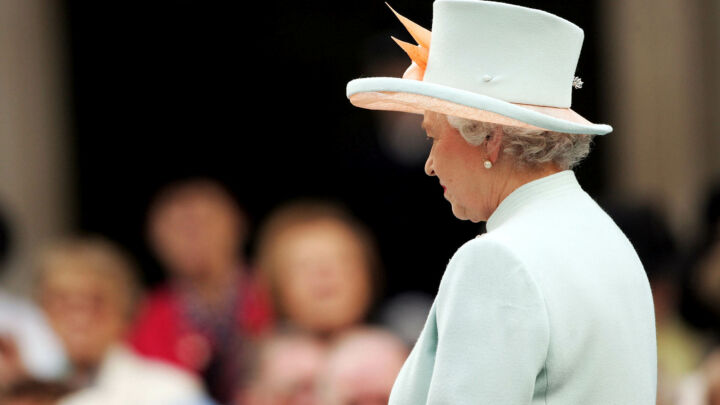