No one is safe from the middle-class mob of offence-takers. 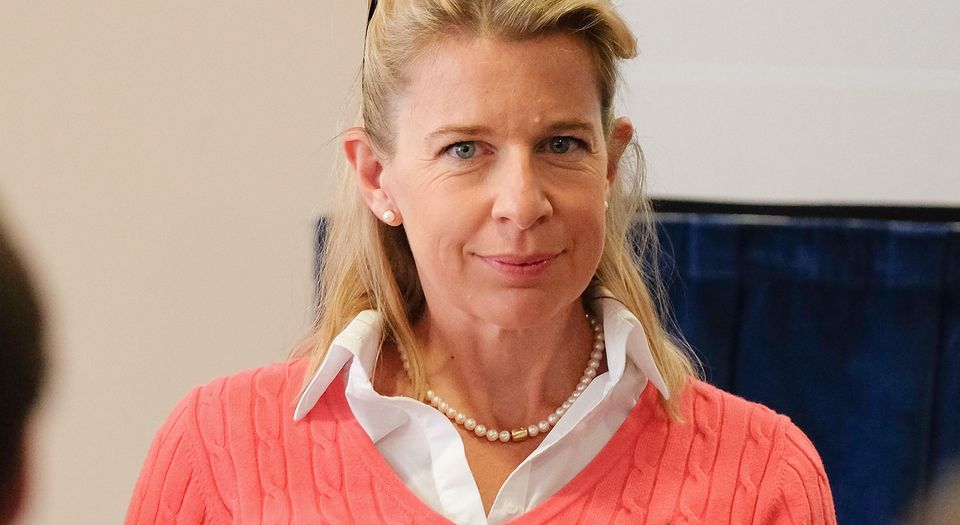 The mob has claimed another scalp. Katie Hopkins has been dumped by LBC radio following days of Twitterfury and threatened boycotts over her tweet calling for a ‘final solution’ to the problem of Islamist violence. It doesn’t matter what you think of Hopkins. It doesn’t matter if you violently hate her, as the Twitterati does, or if she just think she’s a foghorn made flesh, as I do, or if you like her: whatever, you should still be worried that she has lost her job at the behest of a clamouring mob of self-righteous tweeters and bleaters.

Was Hopkins’ tweet, which she posted on the evening of the Manchester attack, offensive? Yep. ‘22 dead – number rising… Do not be a part of the problem. We need a final solution’, she typed. Did she know what she was doing with that tweet, that it would race through the Twittersphere causing gobs to fall open and angry tweets to be fired back? Absolutely. Her later cry of innocence was such bad acting. Everyone, but everyone, knows what the phrase ‘final solution’ means. She tweeted that for one reason and one reason only: to ensure she became the centre of another massive Twitter flap. And the Twitterati – absolute muppets that they are – gave her what she wanted. Guys, it takes two to Twitterstorm.

And yet it’s one thing to be offended by something (you can be offended by whatever you like) – it’s quite another to mobilise your feelings of offence to the end of getting someone sacked, and by extension warning everyone else in public life that if they say anything like this, if they venture too far from the realm of Acceptable Thought, then they too will face fury, punishment and potentially the loss of their livelihood.

For this is what happened. Twits and media types didn’t just say ‘Fucking Katie Hopkins’, or even better say nothing at all. No, they drew themselves up into a swarm of fury and demanded Hopkins be given the heave-ho. They said they would boycott LBC until she’d been elbowed out. They turned themselves from offended individuals into an illiberal mob. Some of them even reported her to the police, the grasses. Probably the same kind of people who wept over that great movie The Lives of Others in which the cops of the GDR are shown monitoring what people say. Hilarious.

Of course they don’t think of themselves as a mob. They’re way too educated and middle-class for that, right? Mobs are for yokels and chavs angry about paedophiles, not columnists and online purveyors of snark worried about a nasty radio woman. But I’m afraid a mob is a mob even when its members have degrees. If you’re demanding that someone gets fired for holding an opinion or making a statement you find offensive, then you’re behaving rashly, censoriously, and badly. You can try to dress it up as a decent stand against hate or a victory for nice liberalism over alt-right-style blather, but I think you know deep down that it’s the opposite of liberal, and that it’s pretty grotesque. I think you know that you have crossed the line between complaining and censorship, from saying ‘I’m offended’ to saying ‘Let’s destroy the thing that offended me’.

Some will say LBC is well within its rights to sack Hopkins. ‘Freedom of speech doesn’t include the freedom to have a radio show’, they’ll say. Yawn, but also they’re right, narrowly. Everyone has the right to say what they want, but we don’t have the right to a column or a TV spot or a book deal. But here’s the problem: LBC didn’t make this decision in a vacuum. It wasn’t, so far as we can tell, a clean, simple business decision. No, it has taken this action under duress, under the barbs and anger and threats of a baying Twittermob. People don’t have a right to a radio show, but if they have a radio show and it is taken away from them at the fuming request of liberals who don’t understand the first thing about liberty, then that absolutely is a free-speech issue. Then it is unquestionably an act that falls under the banner, somewhere, of censorship.

What we have discovered is that small but noisy gangs of ostentatious offence-takers have assumed the authority to shape public and media life to their tastes. They are crowing over Hopkins’ sacking, but what they’re really crowing over is their power to expel deplorables from the media sphere, their right to police the parameters of Acceptable Thought and forbid entry to anyone who doesn’t morally measure up. ‘Hurrah, Hopkins is gone’ translates into ‘Say something we don’t like and you’re finished’. Who’s next? I’m sure they’re already thinking about that.