Why spiked is getting stuck in to the General Election. 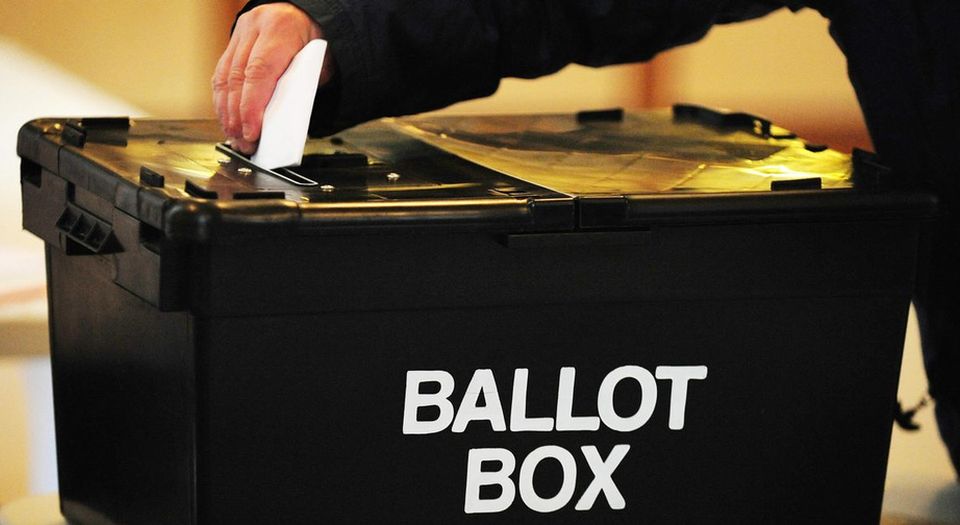 We’re in the middle of the most important General Election for a generation. For decades, election campaigns have been fought on narrow, technocratic terrain. They’ve been battles of soundbites, economic plans whose fine distinctions are of interest only to think-tankers and journalists, and focus-grouped giveaways aimed at cajoling the electorate into the ballot box. That has now all been wiped away – by Brexit. For the first time in recent memory, the questions which define and divide our politics are ones of sovereignty, democracy, self-determination. This election is about resolving the unfinished business of 23 June. An opportunity to remind the political class how serious the Leave vote was, and see off those who are committed to silencing that unprecedented democratic cry.

This is how the election was first framed, by Theresa May, who lambasted the Brexit-blockers in both houses of parliament when she called the snap poll. And by the Lib Dems, the anti-Brexit boosters, who rubbed their hands with glee as they dreamt of riding the (mythical) 48 per cent to a rejuvenated parliamentary party and, possibly, a second referendum. That Labour has from the start tried its best to avoid Brexit, making only cryptic statements about whether or not it is committed to implementing the vote, is another mark of the party’s irrelevance – more proof that even if it holds on under Jeremy Corbyn, even if its death is yet again delayed, its connection to the people it was set up to represent would remain damaged beyond repair.

Something big is happening. The public is crying out for a more democratic politics, and we have forced our knackered political class to respond. The Tory Party is looking – often unconvincingly – to harness that spirit and build a new base. The Liberal Democrats have finally given up on both liberalism and democracy and are presenting themselves as the plucky defenders of the oligarchy (which, unsurprisingly, is going down badly with voters). By contrast, the Labour Party’s cowardice in the face of Brexit, bringing to the fore its internal paradoxes, is threatening to bring it low. This election may not promise a new politics. Neither of the two main parties – both fossils of another era – can really meet that desire. But the intrusion of big, historic questions into politics – the question of democracy, above all else – holds the promise of something new.

But you wouldn’t know that from the coverage of late. After spending weeks complaining about how boring and pointless the election is, the media have perked up a bit. Now that the manifestos have been launched, they’re talking up what’s at stake in this election but in entirely the wrong way. Labour’s manifesto – replete with plans for nationalisation, taxes on the rich and the abolition of tuition fees – has been presented as giving voters a real left-wing choice. ‘This is not an election where voters can say, with justification, “they are all the same”’, wrote the BBC’s political editor of Labour’s leaky offer. Meanwhile, the Tories’ ‘Forward, Together’ pitch, which talks of distancing the party from ‘untrammelled free markets’ and ‘selfish individualism’, has been presented as a break with Thatcherism.

To present this as a clash between clear and competing visions misses the point. Corbynism just lends a faux-radical gloss to deadening Labourite politics. As one Observer columnist put it last weekend, Jez’s manifesto is really just ‘Miliband microwaved’. And this is a dish that May also wants to serve up. Her pledges on energy caps and workers’ representation in the boardroom are straight out of the not-so-Red Ed playbook. But this is not so much a shift in Tory ideology as a change in mood music. David Cameron hardly presided over some nightwatchman state (state spending has continued to rise, under both Labour and Conservative governments, since 2000). And Maylibandism is not only not radical to begin with, it’s also pretty disingenuous. May’s pledge to raise the so-called living wage in line with inflation would mean it rising at a slower pace than George Osborne had planned, and she’s already watered down her plan for workers’ seats on boards.

This is business as usual dressed up as something more substantial – the classic clash between an uninspiring Keynesian Labour Party and the opportunistic Tories recast as a new political alignment. That in the shallow policy battle between May and Corbyn Ed Miliband seems to come up so much is testament to how lacking in real vision these manifestos are.

We cannot allow these to be the terms on which the election is fought. Far too much is at stake. An alliance of anti-democrats is trying to use this election to frustrate and water down Brexit. Rearguard Remain campaign Open Britain has published a hitlist of at-risk pro-Brexit MPs. Millionaire businesswoman Gina Miller has launched a campaign to promote MPs who will back a ‘meaningful vote’ on the Brexit deal in parliament – that is, an opportunity to reverse the far more meaningful vote we had last summer. The Lib Dems are banking on Brexit voters – many of whom hadn’t voted for decades, or ever before – staying home on 8 June so they can retake their Leave-heavy former heartlands in the south-west. Treating this as ‘just another election’ risks playing into the hands of those looking to turn this into an ersatz second referendum.

And the threat comes as much from within the Tory Party as without. Theresa May is not the Brexit warrior princess she or her backbench boosters would have us believe. May clearly feels the weight of the Brexit vote on her shoulders. She recognises how serious we are, and that’s why she has been able to tap into the Brexit spirit so effectively. But she’s also a technocrat, someone who feels the pull to be pragmatic. Any gains for the anti-democrats would only encourage her to indulge those impulses, and those MPs in her own party who would rather fudge on sovereignty and steady the ship than implement the people’s will. That the home secretary, Amber Rudd, told the BBC the day after the election was announced that a new mandate for May would help her secure a ‘sensible Brexit’ should make it clear that Brexit is far from a done deal.

Anyone who considers themselves a democrat must take this election seriously. Not because of the parties’ policies and pledges, but in spite of them. That’s why, this General Election, spiked is calling on you to back the candidate in your constituency most committed to upholding the people’s will. It doesn’t matter the colour of their rosette, or the manifesto they’re standing on. What matters is that they recognise that it is the public that must hold the most sway in politics. Of course, there are other issues that matter deeply to people, but it is only through making good on Brexit that we can start carving out the change that our political class is clearly so incapable of delivering. Over the remaining few weeks we’ll be travelling around the country, reporting from key constituencies, talking to voters and putting tough questions to the candidates on offer. Join us. Download our General Election leaflet here. Go to your local hustings, and put your candidates to the test. Vote for democracy, and show the political class how serious we are.