The denigration of the Voltaire Award

A free-speech award is being given to someone who doesn’t support free speech. 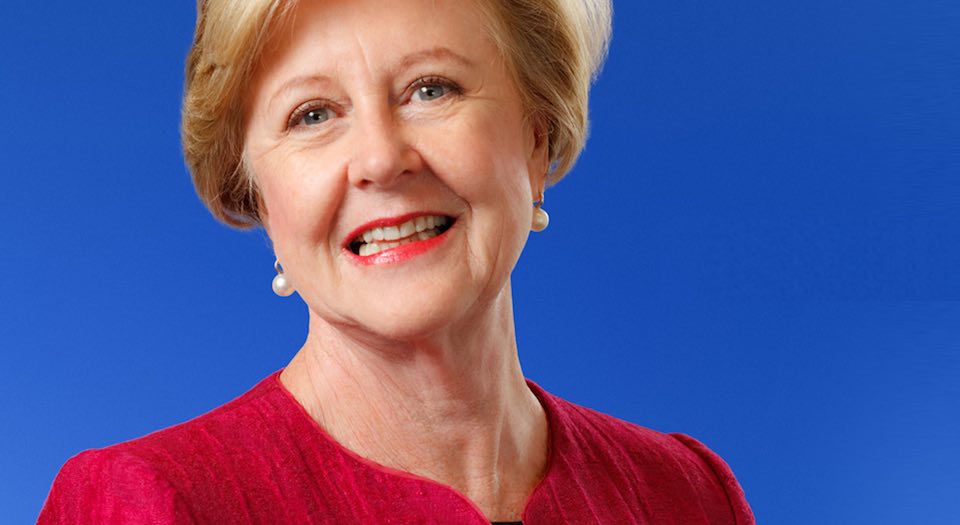 Australia’s oldest human-rights organisation is giving its annual free-speech award to a vocal opponent of free speech, who has presided over the persecution of university students and cartoonists alike.

Liberty Victoria is awarding the 2017 Voltaire Award to Gillian Triggs, the outgoing president of the Australian Human Rights Commission (AHRC). Triggs is being honoured for her supposedly ‘courageous stand on people’s rights, especially free speech’.

As even casual observers of Australian politics will know, Triggs has actively supported laws that infringe on freedom of speech. She even recently lamented the inability to control what people say in the privacy of their own home, telling a fundraising dinner: ‘Sadly, you can say what you like around the kitchen table at home.’

As head of the AHRC – a government body responsible for ‘leading the promotion and protection of human rights in Australia’ – Triggs has a duty to stand up for all human rights, including free speech. However, during her tenure, the AHRC has not only failed to defend free speech – it has presided over some of the most egregious attacks on free speech in Australia’s recent history.

Due to the AHRC’s incompetent handling of a complaint made under Section 18C of the Racial Discrimination Act – which makes it unlawful to ‘offend, insult, humiliate or intimidate’ someone on the basis of their race or ethnic background – a group of students at the Queensland University of Technology were dragged through a three-and-a-half year legal battle for little more than engaging in Facebook banter. After being kicked out of an unsigned indigenous computer lab, the students went on Facebook to let off steam with innocuous posts like ‘Just got kicked out of the unsigned indigenous computer room. QUT stopping segregation with segregation’, and ‘I wonder where the white supremacist computer lab is’.

The incident occurred in mid-2013, but the students weren’t informed about the complaint until July 2015, 14 months after the AHRC first became involved. This left them just three days before the mandatory conciliation process began.

Risking a legal bill in the hundreds of thousands, two of the students decided to pay $5,000 to make the situation go away. The three who were left were dragged through a lengthy and stressful process that only concluded in February this year.

Neither Triggs nor the AHRC can be held solely responsible for the QUT debacle. The complaint was the inevitable result of a law that effectively places the subjective feelings of minority groups above freedom of speech. But Triggs has actively opposed reforms to 18C that would have strengthened free speech by replacing ‘offend, insult, humiliate or intimidate’ with the more objective standard of ‘harass or intimidate’. According to Triggs, ‘The current language has worked extremely well’.

Under Triggs’ tenure, Section 18C was also used to persecute the late cartoonist Bill Leak, who had the temerity to draw a cartoon about the lack of parental responsibility in aboriginal communities. The complaint against Leak was actively solicited by the AHRC’s race-discrimination commissioner, Tim Soutphommasane, who went on Facebook to remind aboriginal Australians that they ‘can consider lodging a complaint under the Racial Discrimination Act with the commission’ if they have felt ‘racially ­offended, insulted, humiliated or intimidated’.

It’s puzzling how anyone so publicly opposed to free speech could win an award named after Voltaire, a figure whose support for free speech was immortalised in the statement: ‘I disapprove of what you say, but I will defend to the death your right to say it.’

This is a far cry from Triggs’ mealy-mouthed position, which Liberty Victoria cited when it announced her win: ‘It is important that we teach our children to be strong and to speak out for the values that are important to them. At the same time, it is important that we have legal protections in place where people are silenced by hate speech or don’t have the power to speak back.’

But this isn’t the first time the Voltaire Award has been given to someone whose support for free speech is, at best, lukewarm. In 2016, Liberty Victoria gave the award to Waleed Aly, a media commentator best known as host of Network 10’s The Project. Like Triggs, Aly is a defender of Section 18C, having argued that society should regulate the tone of certain ‘inflammatory ideas’.

According to Liberty Victoria’s president, Aly deserved the award for his ‘contributions to many areas crucial to public life in Australia’. Apparently, ‘In a troubled and sometimes confused time he shines a sharp, unafraid light on subjects including terrorism and our treatment of refugees’.

Aly’s views are far from controversial; at best he is an articulate advocate for various politically correct positions. He has called for stronger action on climate change, and better treatment of refugees… which is all well and good, but does it really warrant an award?

Like much of the professional human-rights industry, Liberty Victoria’s support for free speech has been reduced to a mere platitude. Unless it denounces restrictions on unpopular or offensive speech, it should cancel the Voltaire Award or rename it: perhaps the Lord Chamberlain’s Award.