The lessons of the Rebecca Tuvel witch-hunt 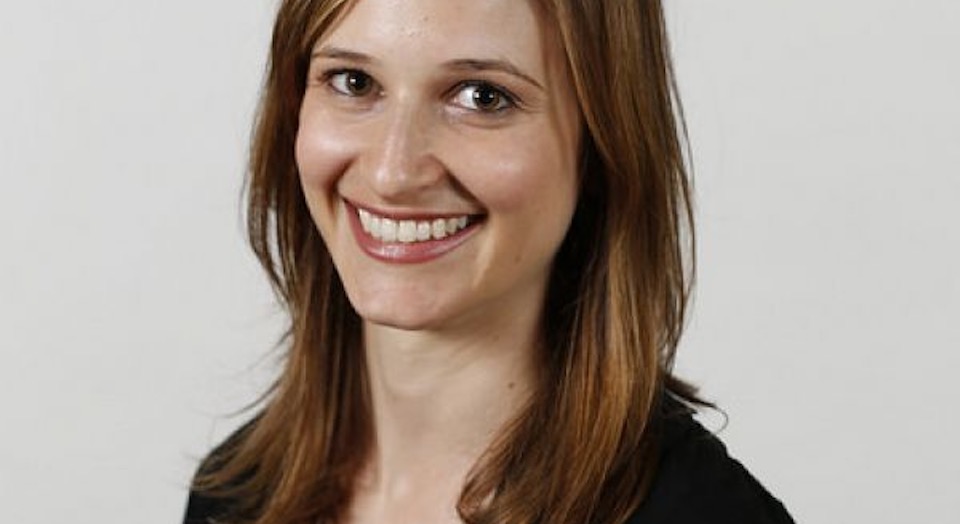 Hypatia was a female mathematician and philosopher in 4th-century Egypt who was murdered by a Christian mob after being accused of stirring up conflict between the governor and bishop in Alexandria. Her death ‘effectively marked the downfall of Alexandrian intellectual life’, wrote Stephen Greenblatt in The Swerve.

Today, a female professor in Memphis, Tennessee, writing in the feminist philosophy journal Hypatia, has also been attacked by zealots, this time a mob of pro-trans women academics. Rebecca Tuvel has not suffered Hypatia’s fate (only perhaps the death of her career), but the controversy over her article certainly marks a new low in our intellectual life.

Tuvel had the temerity to consider whether there are similarities between the ‘transracialism’ of Rachel Dolezal (the white woman who identifies as black) and the transgenderism of Caitlyn Jenner. As we know, Jenner is celebrated, while Dolezal is dismissed as a kook. Tuvel’s question is actually one that many people have wondered about lately: if a man can ‘identify as’ a woman, then why can’t a white person ‘identify as’ black? Tuvel concludes: ‘Since we should accept transgender individuals’ decision to change sexes, we should also accept transracial individuals’ decision to change races.’

For simply asking and answering such questions, Tuvel was greeted with what Jesse Singal, writing in New York magazine, calls ‘a massive internet witch-hunt’. Over 800 academics and others signed an ‘open letter to Hypatia’, calling for the article to be retracted, on the grounds that it causes ‘harm’ to marginalised people and reflects ‘white and cisgender privilege’. More piled on. Nora Berenstain, a philosophy professor at the University of Tennessee, complained that the article expressed ‘egregious levels of liberal white ignorance and discursive transmisogynistic violence’.

Tuvel says she has received hate mail, and much pressure to withdraw her essay. Rather than defend her, the associate editors of Hypatia quickly caved, extending a ‘profound apology’ for the ‘harms’ the article caused. ‘Clearly, the article should not have been published’, they wrote, sounding like the confessions extracted from prisoners in a Maoist re-education camp.

The Tuvel affair provides a window into the state of academic and intellectual life today, and it’s not a pretty sight. There are many worrying implications one can draw from this debacle, but I would highlight four points.

First, the response to Tuvel’s article makes clear that many feminist and pro-trans academics prefer to call out and censor rather than engage with arguments, like Tuvel’s, that might challenge their orthodoxies. Listen to Berenstain’s list of complaints: ‘Tuvel enacts violence and perpetuates harm in numerous ways throughout her essay. She deadnames a trans woman. She uses the term “transgenderism”. She talks about “biological sex” and uses phrases like “male genitalia”.’

Berenstain is not debating the substance of Tuvel’s ideas – she is simply declaring that certain words are taboo, and is mad that Tuvel crossed her line by using them. Her criticisms are full of jargon (‘deadnames’, ‘discursive transmisogynistic violence’), deployed to establish her authority as part of the in-group, the self-appointed high priestesses that get to determine what is acceptable. And, like many do today, she equates words with violence, in order to exaggerate the extent of harm caused.

Such criticisms have the aim of defining dogma, not engaging in intellectual debate. Tuvel says she hoped her questions would encourage discussion, but ‘calls for intellectual engagement are also being shut down because they “dignify” the article’. What this really shows is that the feminist/pro-trans types are defensive about their arguments – rather than trying to persuade, all they can do is try to shut down dissenting voices.

Second, the outrage expressed over Tuvel is consistent with other recent statements from professors in the US that seek to justify censorship. Certain faculty members at Middlebury College opposed Charles Murray’s recent appearance (including Michael Sheridan, the chair of the anthropology and sociology department, who admitted he had not read Murray’s book Coming Apart, but circulated ‘a devastating review in Salon’ of Murray’s earlier work to his colleagues). A group of professors at Wellesley sent an email to students recommending that controversial speakers like Laura Kipnis, who is critical of much feminist orthodoxy, no longer be invited to campus, because they enable ‘the bullying of disempowered groups’.

There is much consternation over student protesters who seek to shut down speakers (even as some surveys find a majority of students are in favour of free speech). But the pitchforks-and-torches response to Tuvel, and other calls for censorship on campus, are a useful reminder to focus on where the students get their ideas from – their professors.

Third, it should be recognised that the dispute over Tuvel’s article is very much an internal fight among today’s so-called progressives, a case of them directing fire on one of their own. On her Rhodes College faculty page, Tuvel describes her work as follows: ‘My research lies at the intersection of critical race, feminist and animal ethics. Throughout my research, I have considered several ways in which animals, women and racially subordinated groups are oppressed, how this oppression often overlaps, and how it serves to maintain erroneous and harmful conceptions of humanity.’ Obviously, such credentials were not good enough to ward off attacks; even believers must adhere to strict orthodoxy.

Both Tuvel and her critics are devotees of the concept of ‘intersectionality’, which examines social identities, like race, gender and sexual orientation, and how they intersect or overlap with one other. But this notion is inherently divisive. We see such divisions in practice, as different identities claim greater victimhood relative to others, a type of Oppression Olympics. Increasingly, trans concerns are trumping traditional feminism. For example, trans activists were critical of the recent March on Washington, saying the ‘pussyhats’ that protesters wore excluded women without vaginas.

It is important to note that the attacks on Tuvel are not simply academics acting boorishly and unprofessionally. Such tribal warfare is the logical outcome of the divisive ideas being put forward.

Fourth, and finally, it is the liberal-left that fuels the radical feminists and pro-trans types. For too long, the left has acted cowardly, too afraid of speaking out against the irrationalities and showtrials of the intersectionalists. They fear being called out as not supportive of certain groups, of hurting the feelings of some. They fear appearing as if they are on the same side as the right. Kelly Oliver, a philosophy professor at Vanderbilt University, writes that some colleagues were two-faced about Tuvel. In private messages she received, ‘people apologised for what [Tuvel] must be going through, while in public they fanned the flames of hatred and bile on social media’. Writer Freddie deBoer finds his fellow lefties too wary to speak in public, and that means the problem is deeper than isolated cases like Tuvel’s. ‘For every one of these controversies that goes public, there are vastly more situations where someone self-censors, or is quietly bullied into acquiescing. For every odd example that goes viral, there is no doubt dozens more that occur behind closed doors.’

When the liberal-left do challenge restrictions on speech, it is too often to defend the ability of one of their own to speak, not freedom of speech for all. Viewing the Tuvel case, Suzanna Danuta Walters laments ‘academe’s poisonous call-out culture’. But what Walters really minds is that the outrage was targeted at a ‘feminist academic whose body of work is clearly on the side of progressive social justice’. Tuvel ‘is not [Ann] Coulter or [Charles] Murray or even the predictably contrarian Camille Paglia’. What she suggests is that it is fine to adopt censorship tactics towards the likes of Coulter, Murray and Paglia: ‘Let’s focus our animus on the real enemies of feminist, queer, marginalised lives.’

In the words of Nat Hentoff, this is free speech for me, but not for thee. As it happens, once you ditch the principle of free speech, you have no real defence when it becomes your turn to be censored.

The witch-hunting of Rebecca Tuvel is the real outrage, not her article. The mass pile-on and shutting down of her views is a shocking indication of the decline of our academic and intellectual culture. If we are to stop this creeping illiberalism, we need to challenge the ideas that give rise to it and justify it, and restore rational debate, which is where true philosophy can flourish.