The death of American satire 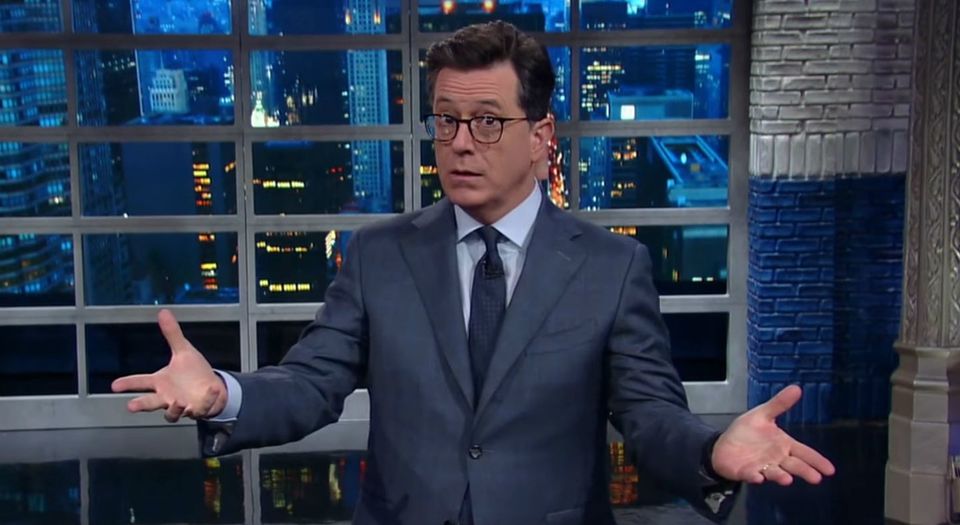 If you needed any more proof of how godawful satire has become in the Trump era, look no further than Stephen Colbert’s most recent rant against The Donald on The Late Show. It’s caught the press’s attention due to its reference to Trump performing a sex act on Vladimir Putin. There have been demands for Colbert to be sacked, and claims that the Federal Communications Commission (FCC) had launched an investigation into the segment. But Colbert’s bit was not an insult to Trump supporters or gay people, but to the audience’s intelligence.

It starts out with the strange set-up of Colbert being personally offended by how Trump treated his ‘friend’ and ‘member of the CBS family’ John Dickerson, the journalist and host of Face the Nation, who had his recent interview with Trump cut short after he asked the president to defend his comments about the Obama wiretap. ‘John Dickerson has way too much dignity to trade insults with the president of the United States to his face’, explains Colbert. ‘But I, sir, am no John Dickerson.’

What follows is mind-numbingly juvenile. The monologue includes such ingenious puns as calling Trump ‘the prick-tator’, the ‘presi-dunce’, ‘BLOTUS’ and ‘Gorge Washington’. There’s also a call back to an earlier joke about Trump’s tax returns being a metaphor for his penis size. Colbert says this while holding up his little finger, in case we didn’t catch his point. A studio audience, seemingly packed with histrionic hyenas, interrupt every other line with wild laughter and applause.

The comment that created the controversy was: ‘The only thing your mouth is good for is being Vladimir Putin’s cock holster.’ ‘Cock’ was bleeped out. There was a backlash on Twitter concerning the jibe’s allegedly homophobic undertone.

It’s odd you can’t swear on a TV show that starts at 25 minutes before midnight. Primetime US drama and comedy can feature light swearing, and yet the late-night format remains squeaky clean. Perhaps it’s because all these chat shows are just rip-offs of a rip-off of a rip-off of Johnny Carson. Nevertheless, it was Colbert’s slight divergence from the sterile, carbon-copied nature of the format that helped his rant become newsworthy.

It’s not true that the FCC is launching a full investigation into the ‘incident’. It will just be responding to complaints made by the public, as it always does. The FCC’s rules about ‘indecency’, which limit absurd things such as ‘material having a tendency to excite lustful thoughts’, don’t apply after 10pm, presumably because that’s when children aren’t watching TV.

The reaction to the rant was just as dumb as its contents. Pro-Trump conservatives got #FireColbert trending on Twitter; they are now suddenly as outraged as the PC brigade by the slightest whiff of homophobia. So much for that First Amendment they’re usually so fond of. And the liberals have been no better. Many snarked that Republicans are on shaky ground complaining about crudeness and homophobia given Trump trades in both. But given liberals’ tendency to go into meltdown whenever a straight man makes a gay joke, they’re hardly a model of consistency, either. Apparently, if you’re bashing Trump, the usual offence-seeking standards don’t apply.

Anyone who truly believes in free speech should defend Colbert’s right to be unfunny in any way he chooses. But this incident says far more about the sorry state of American satire than anything else. What passes for ‘satire’ today, whether it’s on the Late Show or Saturday Night Live, is designed not to challenge beliefs, but to reaffirm them. The audience is meant to find comfort in their moral and intellectual superiority over those who disagree with them. This is snobbery masquerading as edginess.

Just think: an entire team of writers penned that monologue. Colbert has become the embodiment of the smug, lazy, condescending pundits he once satirised.