President Macron: a Pyrrhic victory for the EU elite

The rise of Macron confirms the corrosion of politics as we knew it. 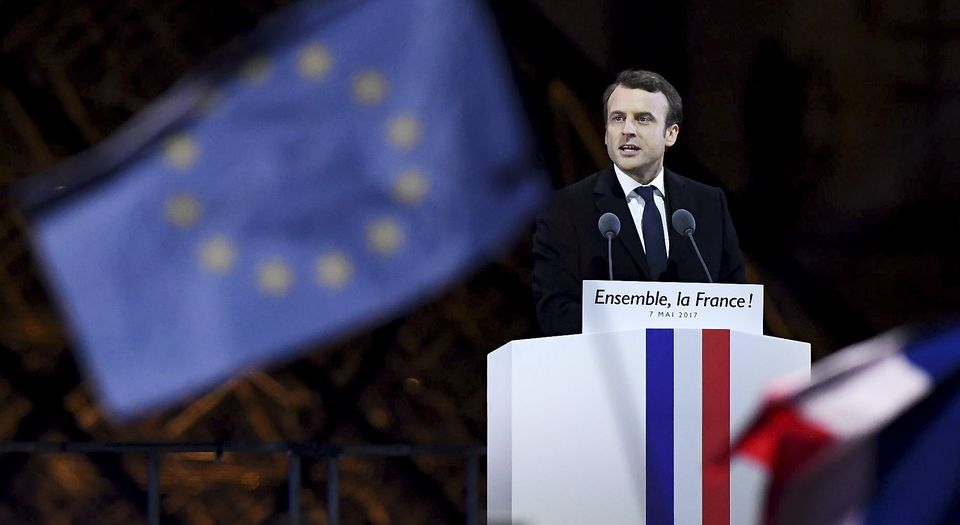 If you want to know how isolated, even desperate, the Western political class has become, look no further than its cheering of President Macron. They’re hailing Macron’s march to the Élysée Palace as a massive win for rational politics; a brake on the disorientation caused by recent populist upsurges; a ‘victory for France, the EU, and the world’, in the words of Hillary Clinton. Macron is a ‘remedy’ to the ‘populist fever’ that has swept Europe and the US, and he could return the West to ‘normalcy’, reports say. This is delusional. The opposite is the case. Macron’s victory confirms even better than Le Pen’s would have that the old politics is done and dusted, and nothing now is normal.

Reading the relieved media coverage, and the gushing praise of Western leaders, you’d be forgiven for thinking Macron had just returned politics to where it was before Brexit, Trump and other cocky rejections of the technocratic establishment. ‘EU breathes sigh of relief’, says one front page. ‘Political centre strikes back’, we’re told, as if the old ways, the apparently grounded ways, had got one over on the newer, unpredictable politics. Angela Merkel praised Macron for securing the EU and its worldview. Donald Tusk bizarrely congratulated him for his victory over the ‘tyranny of fake news’. The narrative is of the centre holding, the EU re-stabilising, the old politics reasserting itself. It is false.

In truth, Macron’s victory is proof that the old politics is corroded beyond repair, and that enthusiasm for ‘the centre’, for the EU, for the rule of the technocrats, is waning, or at least far from lively. That in the space of 13 months Macron went from being pretty much nobody to being president of France is testament less to his own dynamism or any widespread French love for the EU, than to the end of left/right politics, of modern politics as we knew it.

Macron’s party that isn’t a party, En Marche!, meaning ‘Forward!’, was founded on 6 April 2016. Now it has the presidency of one of the most powerful nations on Earth. That this collection of buzzwords masquerading as a movement could make such a speedy rise confirms that the demise of establishment politics is if anything even more profound in France than it is in Britain and the US, the supposedly populist nations whose alleged stupidity Macron might now correct. This presidential election was the first time in the life of the Fifth Republic, which has existed since 1958, that neither the main right-wing nor left-wing party got to the second round. It’s not that ‘the centre’ has struck back – it’s that the political poles of left and right, born in France, and around which politics was organised for 200 years, are no more. Those on the right and left who are cheering Macron are by extension cheering the collapse of the political system from which they derive their ideas and legitimacy. It is bizarre.

As for Macron resuscitating the EU project – this vastly overstates the enthusiasm behind his victory. Yes, he was able to draw fairly large, and youthful, crowds to his election rallies. And yes, he got 66 per cent of the vote to Le Pen’s 34 per cent. But abstentions were at their highest since 1969: around 25 per cent. An estimated 10 per cent of votes were spoiled. That is, a significant proportion of the electorate went to the bother of going to the ballot box to say, ‘Neither, thank you’. And many of those who voted for Macron only did so to keep Le Pen out. This is not the popular storming to power or Obama 2008 replay that some are painting it as. Nor is it a ringing endorsement of Macron’s pro-EU policies. It looks more like a reluctant nodding through of the least bad candidate in an election in which the parties people defined themselves through for decades were wiped out early on.

It is especially perverse that many in the left-leaning media, both in France and outside of France, are hailing Macron’s rise as a victory for good and decency. This is an election in which the far right got a third of the votes. In which vast numbers abstained. In which the victor is a former banker who supports an EU that has time and again demonstrated its willingness to heap economic and political punishment on the working class of any nation that dares to defy it (see Greece, Ireland, and France itself, whose democratic rejection of the EU Constitution in 2005 was itself rejected by EU bureaucrats). There is nothing for the left to celebrate in this election. And yet under the guise of ‘anti-fascism’, under the banner of having held off a new, female Hitler, they can present an election which confirms the irrelevance, or at least weakness, of the left as a great leap forward.

Macron’s victory points to a striking new phenomenon: the pro-EU establishment’s outsourcing of its authority to an alleged outsider, to a post-party, little-known figure whom they clearly came to trust more than the old establishment parties when it came to reining in anti-EU populism. That the technocratic establishment has effectively been forced to rely on a newcomer who lacks a party machine and has few roots in French society is remarkable. It speaks to the political elites’ weakness, not strength; to their desperation to secure the survival of the status quo by any means necessary, even if that means turning away from the old parties and embracing an unknown quantity.

The one benefit is that they can now depict the pro-EU side as outsiders, almost as anti-establishment figures, youthful politicos against older, negative nativists and others. But this, too, is a pose, for in truth Macron is more like the temporary poster boy of a decaying technocratic elite whose confidence over the past 24 hours should fool no one. Far from being the anti-Brexit, events in France confirm, in a different way, what Brexit also pointed to: the old politics is on life-support. Time to switch it off?