The great unspoken issue of the election: democracy

The public wants democratic control. Politicians must give it to us. 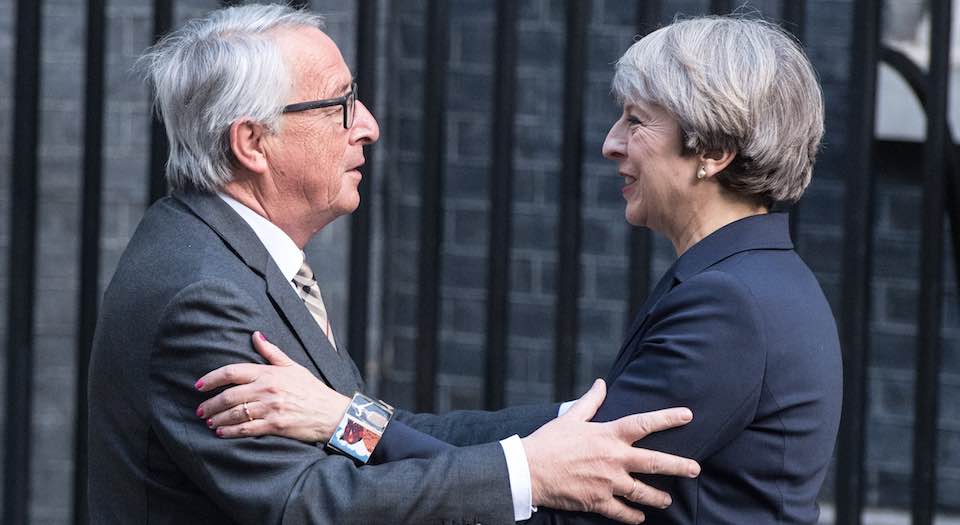 Theresa May met the EU’s top officials Jean-Claude Juncker and Donald Tusk at Downing Street last week. Details of the meeting were later leaked by people at the European Commission and published in a German newspaper. The EU officials reportedly told May that her Brexit negotiating position was ‘unreal’ and unlikely to lead to a good trade deal. When May suggested, rather blandly, that the negotiations should aim to ‘make Brexit a success’, Juncker apparently replied that Brexit ‘cannot be a success’ so long as May retains what he views as a hardline position on leaving all of the key EU institutions. Juncker reportedly rang Angela Merkel straight after the meeting to tell her he was ‘10 times less convinced’ that a Brexit trade deal was possible. It has also been revealed that the EU’s chief negotiator wants to keep the UK within the jurisdiction of the EU’s courts.

The EU fears a trade deal that would restore full sovereignty to the UK because this would set a precedent which other countries might follow. It seems, at this early stage in the negotiations, that Juncker would rather allow Britain to ‘crash out’ of the EU without a trade deal than grant it significant concessions on sovereignty.

May has started the negotiations with some fairly strong demands. She says Britain must leave the Single Market and that there will be an end to free movement. She also wants Britain out of the European Court of Justice and out of the customs union. In effect, she wants lawmaking powers to be restored in Britain. As her mantra puts it: ‘Brexit means Brexit.’ This would mean placing all of Britain’s laws under the control of those we elect, rather than making them the property of the democratically deficient institutions of the EU.

And this is what we voted for in June last year. The Ashcroft Polls, published shortly after the vote, found that the ‘ability to make our own laws’ came top of voters’ reasons for choosing Brexit. Immigration was second on the list. May is pushing a fairly firm line because she knows that the question of who makes laws and governs Britain is a very important one to the British electorate.

And yet the issues of popular sovereignty and democracy, clearly so key to voters’ thinking, have been largely absent from the General Election talk so far. The Labour Party’s Brexit pledges would keep Britain tied to a range of European institutions. Theresa May’s ‘Hard Brexit’ stance is ‘rigid and reckless’, says Labour. Its shadow Brexit secretary, Keir Starmer, says Labour would end free movement but keep Britain subject to the jurisdiction of the European courts. The Liberal Democrats are obviously keen to limit sovereignty by keeping Britain completely in the EU.

And now, for all May’s apparently tough talk in the Brexit negotiations, even the Tories are starting to make concessions on sovereignty. At the end of last week, Tory sources told the Daily Telegraph that a Tory government would not seek to repeal the Human Rights Act (HRA) and thereby leave the jurisdiction of the European Court of Human Rights (ECHR). They said the government would have ‘too much on its plate’ during the negotiations to repeal HRA at the same time. But such claims ring hollow, considering the Tories have been promising to repeal HRA since 2005. Now that they finally have the chance and the mandate to repeal this act and leave the ECHR, why won’t they do it?

Human-rights advocates say the EU and the European Convention on Human Rights are entirely separate things, and leaving the EU should not mean leaving the ECHR. But the fact is that the Human Rights Act grates against the very restoration of sovereignty that people clearly want. It allows for unaccountable judges in Strasbourg to assert control and influence over our lawmaking. The ECHR doesn’t make laws, but it is capable of putting great political pressure on our lawmakers to make laws that meet the court’s standards. If the Tories were serious about increasing democratic control over our laws, they would ditch the HRA and leave the ECHR.

The latest leaks from the Brexit negotiations show just how hard we still need to push for complete democratic control over our laws and political arena. The EU establishment will not surrender power easily. The more power the EU and the ECHR retain, the less say there is for us. It’s that simple. No one should be subject to a law created by someone they cannot hold to account. This is the spirit of the Brexit vote, and it must be carried out in full, even if the idea of such democratic control seems ‘unreal’ to Juncker and his colleagues.