Let’s take the fight to the Brexit- blockers

Their slippery rhetoric has been indulged for too long. It’s time for truth. 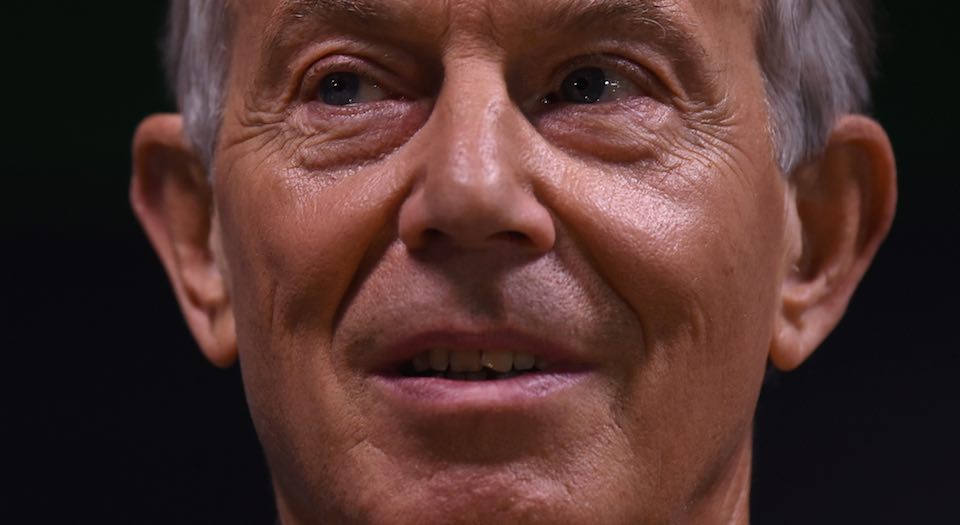 What does it mean to ‘Stop Brexit’? Or ‘prevent an extreme Brexit’, in the euphemistic phrase preferred by millionaire Brexit-basher Gina Miller and Tony Blair’s online army of Brexit blockers? In recent months, and even more intensively in the days since Theresa May called a snap election for June, the rallying cry of ‘Stop Brexit’ or ‘Stop Hard Brexit’ has become such a central feature of media and political chatter that we sometimes don’t stop to think about what it means. It’s time we did.

Stopping Brexit means stopping democracy. Undoing Brexit means undoing not only last June’s referendum result, but by extension the founding principle of the modern democratic era: that everyday men and women should decide the fate of the nations they live in. The war on Brexit is more than a war on one democratic decision — it’s a war on the very idea that decisions like this should be made by the demos in the first place. This is what’s at stake in the coming election. That’s why the election is so important.

Since May announced the snap election, we’ve witnessed a remarkable mobilisation of the forces of Stopping Brexit. From Ms Miller’s well-funded, Twitterati-cheered campaign for tactical voting to keep Extreme Brexiteers (that is, Brexiteers) out of parliament to Tony Blair and Tim Farron cosying up for a New Labour / Lib Dem assault on what they call Hard Brexit, elite Remainers are devoting an extraordinary amount of energy and resources to Stopping Brexit.

Strikingly, the supposedly liberal press that usually kicks up a fuss when the wealthy and one-time warmongers poke their noses into politics in order to shape it more to their tastes than to the plebs’ passions have been quiet. Or supportive, rather. They largely back this elitist Brexit-blocking. ‘I’ll vote for whoever runs the best anti-Brexit campaign’, says rock chick for the establishment, Caitlin Moran. The Brexit-bashers’ bible, the New European, offers us ‘the ultimate guide to defeating Brexit’. ‘Could tactical voting stop Brexit?’, muses the New Statesman. From business to politics to media, they’re all at it: Stopping Brexit.

That’s enough euphemism. That’s enough sweet talk for something distinctly unsweet. Let’s be clear: Stopping Brexit means stopping, rolling back, the ideals that underpin the modern era. It means stopping the enactment of the will of the people. It means denying the wishes of the 17.4million who rationally, expectantly voted Leave last year.

The project to Stop Brexit — or block it or bruise it — is dressed up in so much pseudo-progressive rhetoric that its true, terrifying nature comes to be obscured. Perversely, the Brexit blockers even use the language of democracy in their efforts to stymie the democratic will. ‘Democracy is a very precious thing’, said Miller as she launched her Best for Britain (sic) campaign to fund electoral candidates who will ‘scrutinise’ and ‘speak up’ against Brexit. Under the guise of democracy, the most populous act of democracy in British history is targeted. At a time of such widespread elite doublespeak — where blocking the demos is presented as democracy; where staying in the illiberal EU is referred to as a ‘liberal’ position; where it’s ‘progressive’ to fear the people and their franchise — clarity should be a key aim of all democrats.

Let’s demystify Stopping Brexit. Let’s give it its real name. ‘We must ensure democracy is not stifled’, says Miller as she launches a campaign to stifle democracy. This is the level of obfuscation, of opaque propaganda, we democrats face in this election. Likewise, Blair talks about creating a new ‘progressive alliance’ to tackle Brexit and insists this is about boosting democracy, through encouraging more scrutiny and debate, not blocking it. Progress, democracy, liberalism — with fantastic cynicism, these positive historic words are used to doll up a campaign that is by any measure anti-progressive, given its support for the byzantine bureaucratic structures of the EU, and which is the opposite of democratic and far from liberal.

Witness, for example, elite Remainers’ branding of those who oppose the EU as ‘Europhobic’ and their cynical whipping up of a post-referendum hate-crime panic: their instinct, illiberal to its core, is to present opposition to the EU as the great unsayable in polite society, a harbinger of hatred. ‘Your ideas are actual violence’, they effectively say to Brexiteers, even as they claim the mantle of openness. Everything they say is dressed in the language of progress and liberalism; everything they actually mean grates against progress and liberal values.

One thing we democrats have in our favour is that Stop Brexit’s gloss of democracy and progress is a thin one indeed. It can be easily scratched to reveal the classical anti-democratic sentiments that lurk beneath. So Blair, alongside posing as a defender of democratic debate, says the problem with Brexit is that it was based on ‘imperfect knowledge’, and now he and his army of Brexit-blockers must reintroduce ‘informed knowledge’. In short, us voters didn’t know what we were doing; we’re idiots.

Miller, who said the Brexit vote made her feel ‘physically sick’, says voters ‘didn’t know what Brexit meant’. The Remainer press is packed with handwringing over ‘low information’ voters, led astray by ‘Leave lies’. The whole thing drips with the oldest anti-democratic prejudices, the nasty ideas that fuelled the elitist opposition to the Chartists’ demand for the vote for working-class men and to the later idea of votes for women: that people are generally dim, fodder for demagogues, lacking sufficient information, and thus they require a better-educated class to lead them — to impart to them ‘informed knowledge’.

Indeed, what was once said about women getting the vote is now said about all people having the vote. Early 20th-century anti-Suffragettes said women lacked ‘political capacity’, because they suffer from an ‘excess of sympathy’ that ‘shuts out from their mind logical power and judicial impartiality’. In short, they’re emotional, not logical. This is now said about all voters. As a piece in the New European put it, Brexit is a consequence of the fact that voters ‘lack objective information and due consideration’. Politics requires ‘facts and thoughts’, but now it is too often driven by ‘voter sentiment’ and the ‘tricks and lies now used to manipulate [that] sentiment’, says the New European. How elitists viewed women in the early 20th century is how anti-Brexit elitists view all of us today: as too visceral and too feeling for the serious, logical business of politics.

The similarities between what was said by the anti-Suffragette movement and what is now said by the Stop Brexit lobby reveals what is at stake here. Not just Brexit, but the hard-fought-for value of democracy itself, and the ideas that underpin it: that people are more than capable of understanding their world and deciding how it should be governed. A defeat for Brexit would be a defeat for democracy. Stopping Brexit would call into question, and in fact start to unravel, the intellectual, moral and political gains of the movements for greater democracy over the past 200 years. This is why this election matters. Anti-democrats are using it to re-establish their alleged wisdom over our ‘sentiment’, their alleged logic over our ‘excess of sympathy’, and their political authority over our stupidity. It mustn’t stand. A key task in this election is to defeat the anti-democrats wherever they’re standing. Get to work.