No, Remainers are not an oppressed minority

Elitists claim they’ve been ‘silenced’ – they mean we won’t do as they say. 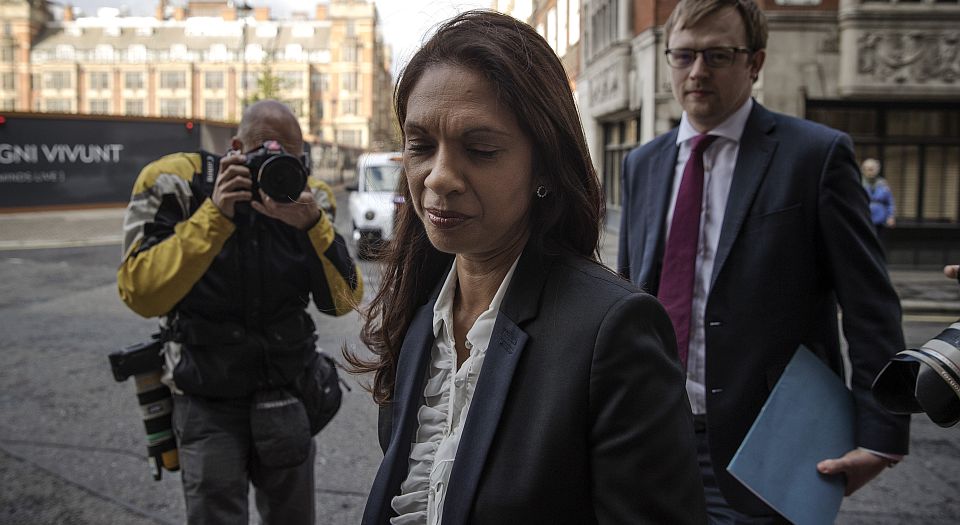 To judge by their recent outraged remarks, you might think that leading Remainers are an oppressed minority in British society rather than a powerful and privileged elite.

Top figures in UK politics, media, business and culture who oppose Brexit now act as if they are being denied their freedom of speech and democratic rights. They seem to imagine themselves locked in some sort of virtual detention camp, despite being ensconced in City boardrooms, the Palace of Westminster, the ivory towers of academia and the nation’s TV studios and newsrooms.

The constant complaint is that Remainers are being ‘silenced’ – the irony being that they enjoy a permanent media platform to shout about being ‘shouted down’.

We hear it from City financier Gina Miller, poster girl of the Remainer crusade, who took the government to the Supreme Court over Brexit. Miller now protests that ‘We’ve somehow ended up in this place where that whole premise of the will of the people has somehow made everyone else impotent. I find it very strange but very worrying because we need people to speak up.’

To that end, she is fronting a new campaign – with the suitably corporate name ‘UK-EU Open Policy Limited’ – backed by Sir Richard Branson and, reports The Times, ‘luminaries from business, the arts and the charity sector’ in order ‘to campaign against Theresa May’s plans for leaving the EU’ and plan for a second referendum ‘should opinion turn against leaving’.

We hear the same refrain across the political spectrum: from ‘rebel’ Tory MPs such as Ken Clarke and Anna Soubry, who declares that it is ‘crucial’ that ‘the voices and concerns’ of the pro-EU lobby ‘are not shouted down and silenced’; from former New Labour premier Tony Blair calling on people to ‘rise up’ against Brexit and not be silenced; from Liberal Democrat leader Tim Farron demanding that Remainers ‘must not sit in silence’ but must start ‘shouting from the rooftops’; and from radical Remain lobbyists like Left Foot Forward declaring that ‘Remainers should fight on against Brexit – don’t be silenced by the populist right’.

The protest against being ‘silenced’ now forms the focus of much rearguard Remainer campaigning. Last month’s pro-EU demonstration outside parliament was renamed the ‘Make Your Voice Heard March’. One particularly bonkers campaign video doing the social-media rounds, entitled ‘Stop the Silence’, claims that the ’29million’ Brits who ‘did not vote for brutal Brexit’ are being gagged (represented by familiar images of people with a cross of tape sealing their mouths), and declares that ‘The people are speaking – is parliament listening?’.

It might seem bizarre to hear the Remainer elite protesting about being ‘silenced’. After all, Gina Miller is never off the front pages, the likes of Blair and (media mogul) Branson have an open invitation to the airwaves, and nobody can shut up Remainer MPs such as Soubry, Clarke and Farron from boring for the EU. The undoubted anti-Brexit bias displayed by the dominant BBC and the rest of the liberal media during the referendum campaign has if anything intensified since; one recent survey of BBC Radio 4’s flagship Today programme found that, of 366 guests who appeared in the business news, only 60 (16.3 per cent) expressed pro-Brexit opinions or were positive about the post-referendum economic outlook.

Yet, in fact, their protests do make a perverse kind of sense – once we appreciate what these people really mean by free speech and democracy. For many in the political, media and business elites, ‘free speech’ has come to mean their right to enjoy free reign over public debate. And ‘democracy’ has been redefined to mean whatever serves their interests. The loss of the EU referendum vote, after the establishment united behind the demand to Remain, threatens to change all that.

In recent years, a professional elite has exercised a monopoly over political debate, treating public life in the UK as if it was their private affair, from which the ‘Others’ were excluded. The Brexit vote by the revolting masses broke that monopoly and raised the chances of breathing new life into popular democracy.

The Remainer elite’s real complaint is not that they are being refused the right to speak out. It is that people are refusing to do as they tell us to do! The majority of voters rejected their instructions to back Remain. Now the Tory government feels obliged to ignore their complaints and implement the expressed will of the electorate. The elites’ complaint about being ‘silenced’ is really an expression of outrage that, however loudly they shout from the rooftops/studios/parliament, UK society is not obeying its masters’ voices.

The disdain these powerful interests feel towards democracy is evident in the way they keep spitting out the words ‘the will of the people’, as if it was some alien concept or a rhetorical device invented by dangerous demagogues.

They view representative democracy in much the same way as the arch-conservative Edmund Burke did in his debates with the radical Thomas Paine at the end of the 18th century: as a system under which politicians exercise superior ‘judgement’ and should never, Burke informed voters, ‘sacrifice it to your opinion’. Instead, representatives should act as the people’s ‘guides’, indicating what’s best for the rest.

Like the conservative Burke, today’s allegedly liberal Remainer elitists find it incomprehensible and outrageous that the people should reject the guidance and instructions they have issued. This is what Gina Miller means when she talks about the ‘strange’ and ‘worrying’ situation in which ‘that whole premise of the will of the people’ has rendered Remainers ‘impotent’; not that the elites have been robbed of their privileges, but they are no longer in complete control of political debate.

The message was spelt out in typically pointed style by Howard Jacobson, who told the BBC that ‘Between ourselves, if nobody is listening, I would like to say that democracy gets a hell of a lot wrong’ – for example Brexit and the election of Donald Trump. Asked if this inability to accept the outcome of elections and referendums wasn’t a denial of democracy, the liberal writer retorted that ‘Democracy works best, I think, when the people are making the right decisions, what’s wrong with that?’.

Thus speaks the influential voice of ‘I’m a democrat, but…’, which is all in favour of democratic rights, until people insist on using them to vote for the ‘wrong’ thing.

The Remainers’ underlying message, echoing that of George Orwell’s oligarchical pigs in Animal Farm, is that ‘Some voters are more equal than others’, and that the experts and the enlightened ought to have more say over history than the ignorant herd. That is why it is wrong to dismiss them as irrelevant ‘Remoaners’. They are actively bringing the poisonous old anti-democratic prejudices back to the surface of our political and public life.

Time to remind everybody what free speech really means. It means you have the right to protest, to speak up and speak out all you like. But it does not grant you any ‘right’ to be listened to in respectful silence, far less obeyed. Free speech means no free reign for anybody.

What of democracy? The concept comes from the Ancient Greek words demos (the people) and kratos (power or control). Thus the much-maligned expression ‘the will of the people’ pretty well sums up the true meaning of a democratic decision. In this case, the will of 17.4million Leave voters – the largest vote for anything, ever, in British political history.

Of course democracy can indeed ‘get things wrong’, depending on which side you are on. Once the democratic genie is out of the bottle there is no guarantee it will grant your wishes. Democracy is about making choices. But that does not mean you get to cherry-pick and choose which bits of the democratic process you accept.

In a free democracy, anybody must be entitled to protest and speak out against any election or referendum result of which they disapprove. But there is nothing democratic about trying to usurp ‘the will of the people’ via unelected and unaccountable bodies such as the courts, Euro-commissions or the House of Lords.

The Remainer crusade confirms that the big battles to come will cut across traditional left-right lines, and concern something bigger than Brexit. The future meaning of free speech and democracy are on the line. The Brexit revolt raised the possibility of a new kind of democratic political debate. The supposedly silenced elites are the ones who want to close that down.

They remain free to have their say. But there is no free ride. The rest of us remain free to tell them what we think of those who want to play the phoney victim-minority card against the demos.