Why it’s time to slay the ‘zombie economy’

Creative Destruction is the most important economics book of the crisis. 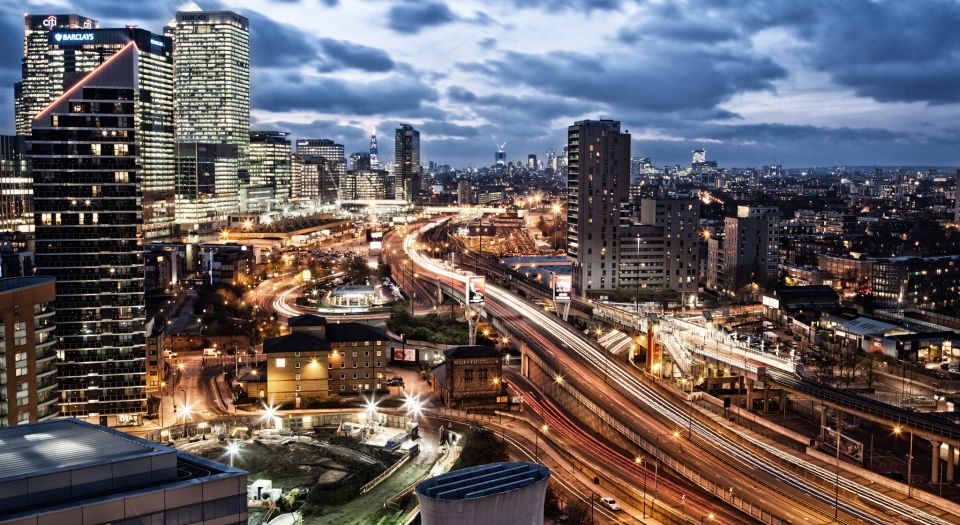 We seem to live in an age of rapid technological innovation, from smartphones to driverless cars. So how come growth is so low and productivity so stagnant in the major Western economies? That is one of the paradoxes of contemporary capitalism unravelled by Phil Mullan in his new book, Creative Destruction: How to Start an Economic Renaissance.

Of the hundreds of economics books published since the financial crisis began, this is the most important and insightful in making sense of the travails of 21st-century capitalism and pointing towards a possible escape from the stasis Mullan calls the ‘Zombie Economy’.

Most commentators see that 2008/2009 financial crisis or ‘credit crunch’ as the start of our tougher economic times: the beginning of falling or flat incomes for many, with increasingly insecure employment symbolised by zero-hour contracts and so on. The crisis precipitated by the collapse of Lehman Brothers, we are routinely told, was the point at which the Western economies switched from optimism and an upward trajectory to the ‘New Normal’ of low productivity growth and ‘secular stagnation’.

Mullan, an economics commentator whose writing has provided the backbone of spiked’s coverage of these issues, rejects this short-term and superficial view of the problem. Instead, Creative Destruction situates the current economic malaise in the ‘longest Depression’, which has been afflicting the West since the postwar boom ended in the early 1970s. As Mullan demonstrates, that was when capital investment rates began to taper off and productivity growth started seriously to slow, hindering the West’s capacity to create new sectors, industries and decent jobs.

Far from being the start of a new age of economic crisis, then, the financial crash of 2008 marked the dramatic end of a long period when Western economies used ever-expanding debt to compensate for and cover up the decay in their productive capacities. The crash served to lay bare the underlying problems that had been worsening for decades. Since 2009 the debt economy hasn’t gone away – in fact borrowing has continued to grow in most areas – but overall it has been much less able to camouflage the era of depression.

Creative Destruction highlights what is so distinctive about this long economic depression compared to its predecessor in the 1930s. Not only has it lasted longer, but it has also been less volatile and less destructive: no armies of unemployed marching on London, no shantytowns thrown up in the centre of major American cities, no Third World War. The ‘contained’ character of the long depression, Mullan shows, has helped to project a relatively benign image of the economy in recent decades. Many observers have made the mistake of seeing the contemporary capitalist era not as another great depression, but rather as a ‘Great Moderation’, where both the extremes of boom and bust were successfully contained. But there is little good to be said about the current stagnant state of Western economies.

This brings us to the heart of Creative Destruction and its unique analysis of the problem: the exploration of what Mullan calls the ‘zombie economy’. As the name suggests, this is an economy where enterprises and entire sectors that have outlived their useful existence are artificially kept alive by external support, notably from central banks and governments. Resources are wasted on helping such zombie enterprises and industries to survive, rather than encouraging and investing in new areas of potentially dynamic growth.

Understanding the zombie economy, argues Mullan, is the key to grasping the depth of the problems facing the West. The long depression may have been triggered by a crisis of capitalist profitability in the first place. But it has lasted so long because of the failure to tackle the living-dead condition of major economic sectors.

For Mullan, the zombie economy now represents the main barrier to making the sort of substantial business investments in new technologies and innovation necessary to rejuvenate the West. It explains, for example, the paradox noted above, of apparently rapid technological innovation in some sectors coexisting with the overall stagnation of productivity. The deadening effect of the zombie economy has prevented technologies pioneered by leading ‘frontier companies’ from diffusing across the wider economy. And ultimately the constraints of having to operate within the zombie economy even impact on the frontier firms themselves – thus Apple, seen as the most pioneering of corporations, has experienced slowing rates of investment and innovation.

Mullan makes clear that there is nothing natural or spontaneous about the existence of a zombie economy. It survives because it is kept alive by support from policymaking authorities across the board – monetary, financial, fiscal, public spending, legal and regulatory. For example, historically low interest rates have enabled debt-ridden businesses to continue limping along, while changes to government regulations and bankruptcy laws have also helped to prop up failing enterprises which might once have been allowed to collapse.

Creative Destruction thus rejects the radical thesis about the retreat of the state and the advance of ‘neo-liberal’ economics. At a time when talk of ‘industrial strategy’ is back in vogue on both sides of the Atlantic, Mullan emphasises that the state never left the economic sphere. In practice, even if not in rhetoric, over the past 30 years state economic policy has been more active than ever before in propping up the economy. This has been disguised by the tendency to outsource Western economic policy to unaccountable bodies, with a particularly important role played by the formally ‘independent’ central banks. By propping up the economic status quo, by doing all they can to preserve economic stability almost regardless of the consequences for lowering growth, these state policies have unintentionally helped to sustain and entrench this zombie economy – and so perpetuate the depression.

How to get out of this sorry state of affairs? Mullan dismisses the fashionable fatalism which echoes the dogma first popularised in the 1980s by Mrs Thatcher’s friend TINA – There Is No Alternative. Today, TINA’s many new disciples say that we need to get used to low growth and difficult living circumstances for most, because of the supposedly insuperable barriers posed by demography, debt, globalisation and new technology itself. By contrast, Mullan insists that there is always an alternative if we are prepared to take risks and innovate.

However, this book is not the place to look for pain-free solutions. Mullan does not balk at spelling out the scale of the changes he believes are needed to escape from the long depression. Thus the book’s title, Creative Destruction, taken from the work of the Austrian American economist Joseph Schumpeter from the 1940s, who was himself inspired by his study of Karl Marx.

Mullan is in no doubt that it will be necessary to slay the zombie economy by kindling the forces of creative destruction and establishing a fourth industrial revolution. This will inevitably mean letting low-productivity parts of the UK and Western economy go, focusing efforts on creating new sectors and industries that can deploy and develop the latest technologies, while society helps people through the transition, financially and with better training.

Creative destruction is no easy option; but, explains Mullan, the alternative of bowing to TINA will inevitably be worse. Sustaining a zombie economy trades the prospect of decent, better paying jobs in the future for keeping people in worse paying, more unreliable jobs now. It would sentence our societies to an endless purgatory of growing economic insecurity, punctuated by severe recessions, rather than risking the sort of abrupt economic restructuring that might put an end to largely rubbish old jobs and sectors, but would offer the opportunity of creating new and better ones.

Mullan is undoubtedly right that the task of starting a fourth industrial revolution cannot be entrusted to our current crop of conformist, conservative and risk-averse political and economic elites alone. A proactive process of economic restructuring will have to involve putting them under pressure by shaking up the entire intellectual and cultural climate. To that end, he is keen to emphasise that the solution must be found in the sphere of democratic politics, rather than left to technocrats and economic wonks working behind closed doors.

Phil Mullan’s Creative Destruction offers a unique and highly impressive economic analysis of the state of capitalism today. But more than that, it is a much-needed call to start the argument for change with the demos.

Creative Destruction: How to Start an Economic Renaissance, by Phil Mullan, is published by Policy Press. (Order this book from Amazon(UK)).