Why elite universities are so illiberal

The posher the campus, the more likely it will chill free speech. 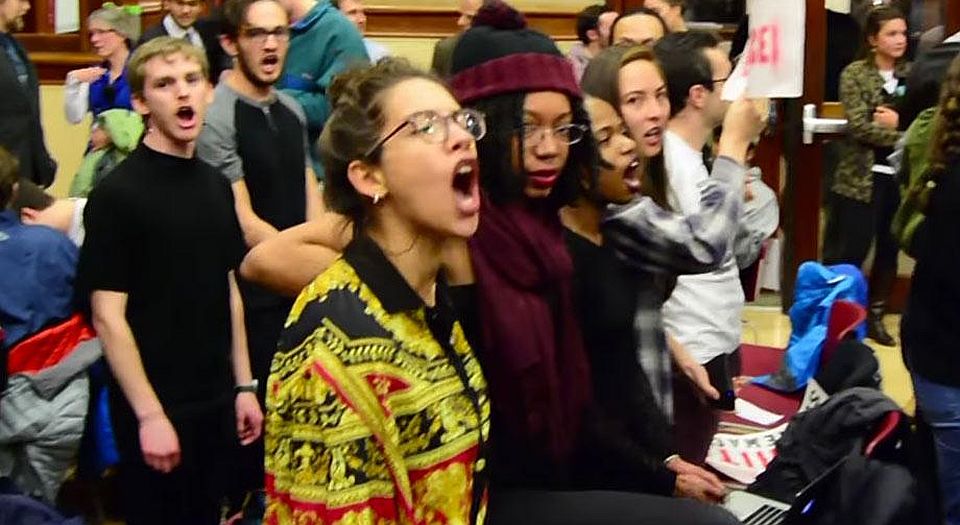 Middlebury College in Vermont has joined the growing list of illustrious universities in danger of becoming better known for hostility to free speech than for academic credentials or notable alumni. One unedifying evening last week saw a guest lecture by Charles Murray, notorious author of The Bell Curve, curtailed by protesting students while, in the middle of the fracas, the professor hosting the event was seriously injured. In the same week, six professors from Wellesley College wrote to faculty arguing for new guidelines to stop speakers who might cause students ‘damage’ from being invited on to campus. The missive was prompted by an invitation issued to feminist cultural critic Laura Kipnis, who has spoken out against legislation to regulate consensual relationships between academics and students.

Both Wellesley and Middlebury are highly selective liberal arts colleges. Middlebury is referred to as a ‘Little Ivy’ and Wellesley is one of the ‘Seven Sisters’ women’s colleges established in parallel with the Ivy League. These are academically elite – and expensive – institutions. As such, they join other top ranking universities at the forefront of eroding free speech. It was Yale students who infamously shouted down the professor defending their right to choose for themselves what to wear for Halloween. It was at University of California, Berkeley, the home of the original campus free-speech movement, that students rioted in protest at Milo Yiannopoulos’s planned visit. A look at spiked’s Free Speech University Rankings reveals a similar pattern in the UK. The more prestigious universities, those ranked highest in popular league tables, are nearly always the most censorious; the few green-ranking institutions are generally less highly esteemed.

It’s undoubtedly true that campus censorship attracts more media interest when it takes place at top universities. What happens at Yale or Oxford is newsworthy: these institutions educated today’s politicians and journalists and are currently shaping tomorrow’s leaders. But this is about more than just attention. On both sides of the Atlantic it is the most elite institutions, those that can take their pick of the brightest students, those that, in the US at least, are able to command the highest fees, that are leading the way in censorship.

Students in receipt of the best education money can buy are neither less capable of refuting speakers they find offensive nor inherently more sensitive than the rest of us. Perhaps what they do have is a more finely tuned sense of entitlement, stemming from their place within the academic elite and exacerbated by their status as consumers. All too often this is enacted as a demand for freedom from speech. Some seem to assume that the cost and effort that goes into securing a top university place gives them the right not to be offended once there.

The link between academic success and a fondness for censorship is more than just a mindset. It is precisely because they are the academic achievers that students at elite universities demand freedom from speech. They are the ones who have best imbibed the lesson that truth is a question of perspective; discourse is a reflection of power relations and oppression is intersectional. They’ve learned that language constructs reality, and that ‘words that wound’ can inflict ‘spirit murder’ on those who, according to their gender, ethnicity or sexual identity, are assumed to be forever powerless. The students who excel in elite universities today have come to embody the vulnerability they see in others.

According to their view, the psychic violence inflicted by hurtful words is not just equivalent to the physical violence that places people in hospital – it’s worse; it is considered a denial of someone’s very right to exist. When people are fragile constructs and symbolic violence is everywhere, shutting down speech, by any means necessary, comes to make sense. At Wellesley, the professors seeking new guidelines for campus speakers make this point clearly. Students feel compelled to protest against visiting speakers, they argue, ‘in order to affirm their humanity’.  The connection between the act of protest and being a good student is drawn out explicitly: ‘This work is not optional; students feel they would be unable to carry out their responsibilities as students without standing up for themselves.’

The ‘work’ involved in shutting down free speech on campus becomes necessary because the students at top universities are often not just an academic elite but a social elite, too. As such, they are forced to go to ever-greater lengths to defend the oppressed status of the identity group they seek to represent. For young people who’ve perhaps been privately educated, or received a generous scholarship, who have job opportunities and access to resources others can only dream of, demanding recognition for a particular experience of oppression is not easy. Defending your identity group against perceived existential threats provides an opportunity for you to show the world that you, too, suffer. By this reckoning, the more privileged a person is, the harder they must work to prove their claims to victimhood. Again, this point is made by the Wellesley professors, who write on behalf of those students ‘who often feel the injury most acutely and invest time and energy in rebutting the speakers’ arguments’.

The Wellesley email brings into stark relief the extent to which it is not just some students who are to blame for campus censorship. No matter how ingrained a sense of entitlement they might have, few students arrive at university determined to close down debate. But once at university they act out the lessons of the classroom in protests that are often prompted, encouraged, led and defended by academics. If we want a culture of free speech on campus, academics need to lead the way in showing students how to challenge, not shut down, viewpoints they disagree with. University students are paying for education, not daycare, and that means having freedom of speech, not freedom from speech.