The Hopkins case suggests the ‘new dawn’ for libel laws was false. 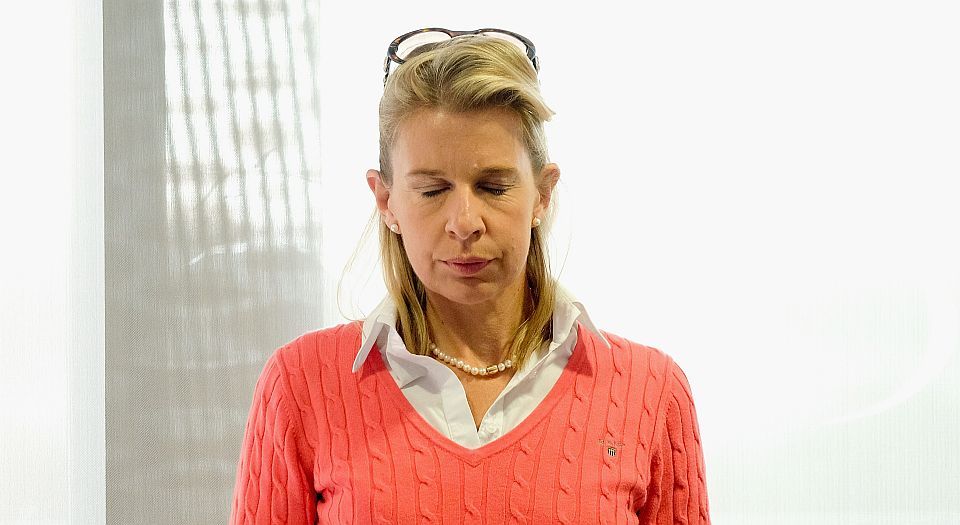 It appears that the dreadful Katie Hopkins and I might have more in common than we might like to think. Both of us have been sued and punished under England’s execrable, free-speech-hobbling libel laws. The difference is that Hopkins was sued by food blogger Jack Monroe after we were assured that the old repressive defamation regime was dead and gone; campaigners boasted that the reforms they had won in the 2013 Defamation Act meant the law which hammered me back in 2000 had been liberalised to protect free speech.

Yet when the judge delivered his verdict in the Hopkins case last week, the much-vaunted new protections – such as the ‘serious harm’ test – disappeared, and she lost just the same.

Indeed the outcome of the trial – Hopkins hit with £24,000 in damages and more than £100,000 in legal costs for two tweets – suggests that, in the age of social media, our allegedly liberal libel laws might pose more of a threat to unfettered free speech than ever. The self-congratulatory boasts of the reform campaigners ring as empty as a Katie Hopkins column now.

However, there have been few protests from that quarter about the latest outcome. Well, it’s only Katie Hopkins, isn’t it? Who cares about free speech for a nasty piece of work like her? Answer: everybody should. That is, if you ever want to express or hear an opinion outside the boring and bland.

It is a remarkable 17 years ago this month since I stood in the Royal Courts of Justice being sued for libel. As the editor of LM magazine (nee Living Marxism), I and my colleagues were sued by ITN and two of its journalists over an article we had published three years earlier, questioning ITN’s award-winning coverage of Bosnian Serb-run camps during the civil war in the former Yugoslavia.

Our time in the libel court was one of the more bizarre experiences of my life. There was the Channel 4 News reporter, explaining the difference between something he had reported and what others could see with the memorable statement that ‘I was not knowingly not telling the truth’. And there was the judge, who began by throwing all of our expert witnesses out of court and ended by conceding that the central fact in the LM article – that a barbed-wire fence ringed the camera crew rather than the camp – had been proved to be true but, demanded m’lud, ‘Does it matter?’. A veteran court reporter later told me it was the most one-sided summing-up he had heard in his 30-year career.

We lost, as fully expected under libel laws that were so infamously weighted against defendants that the rich and powerful from around the world came to London to try to sue their critics into silence. (We had nevertheless stuck to our guns and refused to apologise as a point of principle.) Libel claimants only had to assert that ‘the words complained of’ had done them harm, without any need to offer proof. The onus was then on the defendants to try to prove every word we had written was true; worse, we had to prove the ‘meaning’ the court attached to those words, even if it was not what we meant! In a reverse of legal norms, defamation defendants were effectively deemed guilty until proven innocent.

On the steps of the High Court after the verdict in March 2000, which had bankrupted LM and left us owing a million pounds in costs and damages, I told the waiting media that the only thing the case had proved ‘beyond reasonable doubt’ was that libel law was ‘a disgrace to democracy and a menace to free speech’.

But don’t worry, it couldn’t happen now, could it? Everything has been changed by the Defamation Act 2013. After that apparently liberalising law was passed, the Libel Reform Campaign celebrated ‘a new dawn for libel law’, with campaigners hailing the new law as ‘quite simply a stunning victory for free speech and fairness in the UK’. Libel-law reformers were particularly pleased with the new ‘public interest’ defence, and with the ‘serious harm’ test which they said would force claimants to prove they had been damaged by the words complained of and thus prevent trivial libel suits.

Just over three years later, we can see what a difference the new liberal libel law has made to defendant Katie Hopkins. She was found to have caused ‘serious harm’ to Jack Monroe in two tweets, amounting to about 40 words in total, and ordered to pay damages of £24,000 and initial costs of £107,000.

What was the ‘serious harm’ done to Ms Monroe? At 7.20pm on 18 May 2015 Hopkins had tweeted ‘@MsJackMonroe scrawled on any memorials recently? Vandalised the memory of those who fought for your freedom. Grandma got any more medals?’

Hopkins had made the stupid mistake of confusing Monroe with New Statesman columnist Laurie Penny, who had tweeted that she did not have a problem with protesters spraying ‘Fuck Tory Scum’ on a memorial to the women of the Second World War. Monroe quickly responded with indignant tweets declaring that ‘I have NEVER “scrawled on a memorial”. Brother in RAF. Dad was a Para in the Falklands. You’re a piece of shit.’ She demanded Hopkins delete her tweet, publicly apologise, and donate £5,000 to migrant rescue to avoid legal action.

Hopkins then deleted the offending tweet – only a couple of hours after posting it – but also posted the second tweet that would become the basis of the libel case: ‘Can someone explain to me – in 10 words or less – the difference between irritant @PennyRed and social anthrax @MsJackMonroe.’ A fortnight later, Hopkins tweeted a correction – ‘@MsJackMonroe I was confused about identity. I got it wrong.’ – but no apology.

And that was that. Yet almost two years later, after much expensive toing-and-froing by the lawyers (the only real winners in such cases), this squabble ended up in the High Court and with a six-figure penalty.

As Press Gazette editor Dominic Ponsford concluded, the outcome suggests that, ‘The bar for the “serious harm” to reputation which needs to be proven for a libel claim to succeed under the Defamation Act 2013 is probably lower than we thought’. The judge, Mr Justice Warby, had ruled that ‘the tweets complained of have a tendency to cause harm to this claimant’s reputation in the eyes of third parties, of a kind that would be serious for her’.

In other words, observes Ponsford, ‘Monroe did not have to prove actual damage (such as financial loss or psychological harm); it was enough that she believed the harm to her reputation was severe’. The judge had added that ‘there was some [online] abuse resulting from the tweets complained of, and reflecting harm to reputation’.

How much harm could really have been done to Monroe’s reputation by a few hasty mistaken words, the worst of which were quickly deleted, from a professional stirrer like Katie Hopkins? Somebody whose opinions few respect anyway in the world of Guardian writers and lefty bloggers Monroe inhabits, where Hopkins is widely considered, in the delicate words of the offended food blogger herself, to be ‘a piece of shit’. Some of them might surely consider being slagged off by Hopkins a badge of pride.

It seems that claimants need offer little more substantial proof of ‘serious harm’ today than under the old discredited libel laws. As with all offence-taking demands for censorship in our ‘You Can’t Say That!’ culture, it comes down to subjective feelings more than objective facts.

We might even conclude that, in the age of Twitter, Facebook and the explosion of social media, it could actually be easier to be sued for libel today. In the past the odd hasty word or insult, especially if it was mistaken, would be unlikely to make it into print and probably be swiftly forgotten. Now it can be instantly posted and reposted to thousands of followers and dredged up in the High Court years later as the subject of a major trial.

This seemingly trivial case could have serious consequences for the future of libel law, acting as a warning to others to curb their tongues on Twitter and elsewhere. Yet there have been few protests about it from the liberal campaigners for libel reform who assured us that the ‘serious harm’ test would protect free speech.

That is hardly surprising. The whole tenor of the libel-reform campaign was about protecting the respectable and considered thoughts of academics and scientists who publish in peer-reviewed journals, not scurrilous Mail Online columnists and tweeters. The new ‘public interest’ defence was designed to protect those high-minded enough to get over the bar set by judges. The likes of Katie Hopkins need not apply.

Yet those who are serious about defending free speech online and elsewhere need to make a stand in defence of unrespectable and disrespectful opinions, too. Indeed, it is ultimately only those opinions considered offensive or extreme that need defending – the mainstream can look after itself. Nobody ever tried to sue an idea or ban a book for being too boring or banal.

Whatever we might think of Hopkins – not much, to be fair – the acid test remains, as ever, to defend ‘freedom for the thought that we hate’.

Seventeen years after the LM libel trial, and three years on from the ‘new dawn for libel law’, the verdict should surely be that our ‘stunning’ liberalised defamation laws remain a disgrace to democracy and a menace to free speech.