Divided we stand – in defence of democracy

How has ‘division’ – the basis of democratic debate – become a dirty word? 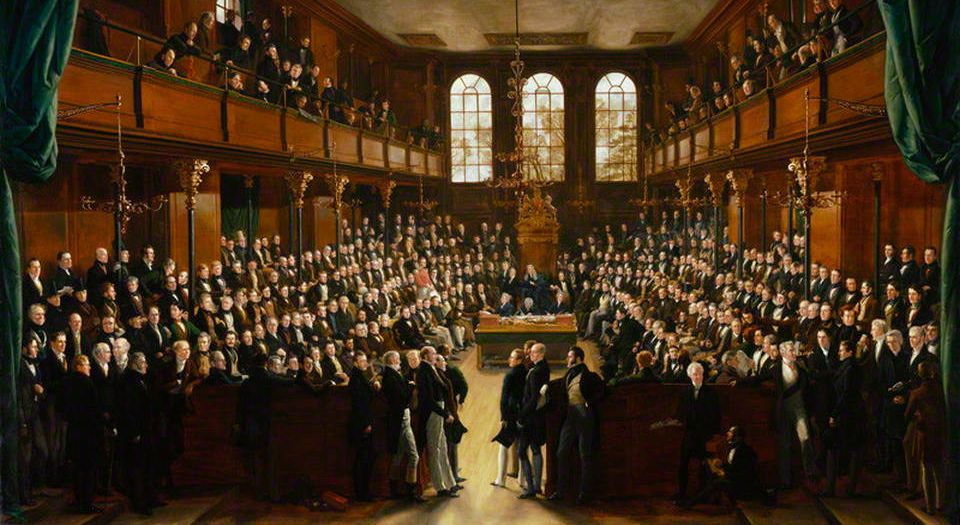 It seems that there is a new dirty D-word in politics. If you want to put down an opponent, just accuse them of causing or worsening ‘division’.

So Conservative prime minister Theresa May says the Scottish National Party’s plan for another independence referendum ‘sets Scotland on a course for more uncertainty and division’. Meanwhile Labour attacks the Tories for intensifying society’s divisions over Brexit. One Labour-supporting pundit even bewails the way that the government’s handling of both of these issues means ‘our country’s immediate future is one of bitter division’. Similar complaints of deepening divisions are being hurled around in Trump’s America.

Bitter division sounds highly unpleasant. How much nicer it would be for everybody if we could all just get along.

Unfortunately, division is a necessary part of that other D-word which some seem to find distasteful today: democracy. In a sense, divisions are what democratic politics is all about.

Democracy thrives where there is serious debate across a political dividing line, not a cosy conformist consensus. It is about a contest between clashing perspectives, a full-blooded battle of ideas, through which the majority can decide which way it wants to go. As with all battles, there are winners and losers, there is bitterness and bravado. That’s democratic life.

Somebody might remind our complaining political and media classes that there’s a reason why votes in the UK parliament are called ‘divisions’. When the division bell sounds, MPs from competing parties decide which side of the debate they are on, and divide between the Ayes and the Noes.

The only way to do away with division would be to treat public life like an anodyne family affair, where you try to avoid an argument with your relatives by restricting conversation to relatively uncontroversial subjects such as babies and pets. That might be less ‘bitter’. It would also be entirely useless so far as raising and resolving big issues is concerned.

The political alternative to public divisions is to fix elections or perhaps censor one side, to create an illusion of unity, like those polls where the dictator scores 98 per cent. That would be as anti-democratic as the mock democracy of continually calling for another referendum when you don’t like the result of the last one.

Historically speaking, bigger and wider divisions in modern political life have emerged as a product of mass democracy. It was as representative democracy spread that political parties formed to represent different competing interests in a necessarily divided body politic.

For example, America’s Founding Fathers originally envisaged a US republic without political parties or ‘factions’, united in one common national interest. George Washington thought party politics ‘agitates the community with ill-founded jealousies and false alarms, kindles the animosity of one part against another’. Thomas Jefferson declared that ‘if I could not go to heaven but with a party, I would not go there at all’. This outlook reflected their strictly limited original vision of how democratic America should be, with voting rights restricted to a minority of property-owning males who could agree where their mutual interests lay.

However, as the republic’s political life began and voting rights spread, political divisions and ‘factions’ quickly took shape. By 1793 Jefferson the anti-party man had resigned from Washington’s cabinet to lead the opposition and form the Democratic-Republican Party, via which he won the highly divisive presidential election of 1800 in a battle against the authoritarian Alien and Sedition Acts. America the anti-party republic thus became the first to have national political parties competing for power at the ballot box. As US democracy expanded and deepened, in other words, so did political division.

Of course, our supposedly anti-division politicians understand that a political divide is inevitable. What they really seem to object to is raising the ‘wrong’ kind of division. Such as, the gaping divide between the political and cultural elites on one hand and the ‘deplorables’, the revolting proles, on the other, as highlighted by reactions to the Brexit referendum and the election of Donald Trump.

Today, society’s divisions are most often presented in terms of identity or demographics rather than ideas and outlooks. So the EU referendum result has been endlessly analysed as a product of a generational divide or an educational divide in UK society, rather than a moral/political divide over values. And divisions over everything from free speech to immigration tend to be seen in terms of ‘intersectionality’, disputes between minorities and identity groups.

Such divisions then become seen as fixed and immovable, often leading to exchanges of identity-based abuse and competitive offence-taking rather than engaged, opinionated debate. The solution is not to try to wish divisions away in empty calls for unity, but to draw different dividing lines in the debate.

What we need for a proper democratic divide is a political choice – the thing that ultimately makes democracy worth voting for. Democracy has to mean more than a pencil cross in an empty box. It must involve making a choice about the sort of society we want to see, and taking responsibility for that decision. Such meaningful choices are sadly lacking in a culture where leading Western political parties have become mere election machines rather than popular movements, offering different brands of managerialism rather than distinct ideologies or outlooks.

But don’t despair. The current heated issues provide the opportunity to start drawing new dividing lines – and not along the traditional left-right divide. The first line we need to stand on is the division between the supporters and the new enemies of democracy, the most pressing issue of our times.

Divided we must stand – in defence of democracy. Down with the internecine identity wars, bring on the divisive politics of choice.

Mick Hume is spiked’s editor-at-large. His new book, Revolting! How the Establishment is Undermining Democracy – and what they’re afraid of, is published by William Collins. Buy it here.