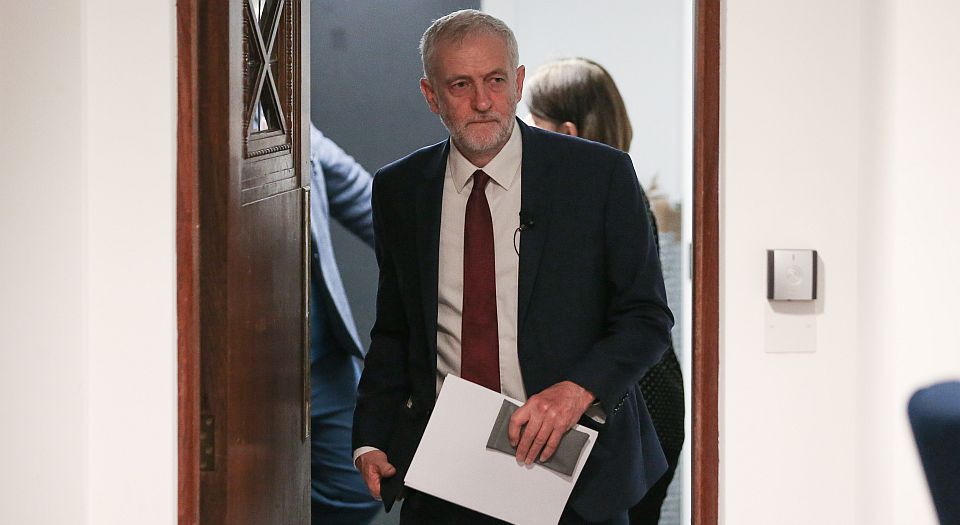 ‘In this world nothing can be said to be certain, except death and taxes.’ That line is commonly attributed to Benjamin Franklin, but it could as easily be a comment on today’s British Labour Party.

In an attempt to emphasise Labour’s commitment to transparency, party leader Jeremy Corbyn released his tax return this week and he’s encouraging other politicians to follow suit. Both the prime minister and chancellor are adamantly refusing to disclose their private finances. Perhaps they have better things to do. Like running the country, for instance.

True to form, Corbyn managed to bungle his tax-return stunt: he forgot to include the £30,000 bonus he gets for being leader of the opposition. Another inept move underlining just how ineffective his opposition is.

Labour seems to be on a roll this week. Immediately after Corbyn released his botched tax form, the party released a new economic policy video that misspelled ‘Labour’. Still, given our financially confused comrade received a £100 fine last year for submitting his tax return a week late, this week’s faux pas was hardly surprising.

But more worrying than Corbyn’s inability to fill out a tax form is the way in which the publication of tax receipts has become a substitute for genuine political discourse. Today’s political leaders try to enthuse voters not with ideas and speeches, but by whipping out their self-assessment.

Even if Corbyn’s tax return was completely above board, paying your taxes is hardly worth a pat on the back. Of course, there isn’t anything intrinsically wrong with politicians disclosing their tax returns. After David Cameron was embroiled in the Panama Papers scandal last year, his decision to make his tax affairs public was justified. It was a defensive measure designed to set the record straight.

But more often than not politicians disclose their tax returns as a form of virtue-signalling. The supposed commitment to transparency is informed by a pretty transparent and vacuous form of politics.

The preoccupation with personal finances detracts from real political discussion. Given the Labour Party’s recent loss in Copeland and dismal ratings in the polls, you would think the opposition would be more concerned with developing, well, an opposition. But apparently these politicians think tax documents are more compelling than political ideas.

This phenomenon isn’t confined to the UK. Across the Atlantic, embittered Democrats are attempting to use an ambiguous 1920s law to try to force President Trump to release his tax returns. Trump’s financial life does deserve scrutiny, and his continued involvement in family businesses is certainly questionable. But his opponents’ attempts to derail his presidency by demanding to see his forms reflect a degraded form of politics. If these anti-Trumpers devoted their energy to engaging with those who voted for The Donald, rather than trying to reveal Trump’s earnings, they might have a better chance at preventing a second term.

Across the West, the value of ideas in politics is waning. This is an affront to meaningful political debate, and will likely turn off even more people from politics. The vast majority of people don’t care about tax returns. They recognise these self-indulgent stunts for what they are. People don’t vote for tax forms. They vote for politics.