The progressive case for borders

Trust the people’s instincts on the issue of immigration. 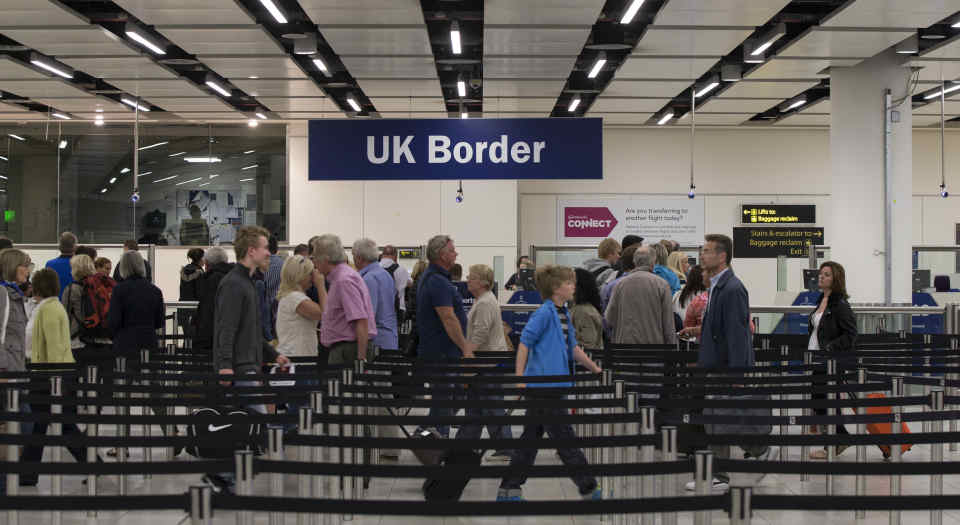 Nowadays, those who favour border controls are portrayed as backward. They are dismissed as mean-spirited, small-minded, racist and xenophobic. Donald Trump, Nigel Farage, Marine Le Pen and other ‘populist movements of the right’ are put in this camp. On the other hand, those who favour weak borders are portrayed as progressive. They are viewed positively as good-hearted, broadminded, cosmopolitan and tolerant. ‘Respectable liberal opinion’ puts itself in this camp.

It is a narrative based on a flawed view of the individual, whom it sees as an undifferentiated member of the human race: a person without ideas nurtured by the education he received as a child; a person without values shaped by the community he grew up in; and a person without political views forged from engaging in the nation’s political life. This person has no relevant history, no roots and no sense of belonging to a community. Because the American, the Spaniard and the Somalian are members of the same human race, they are treated as essentially the same. This is a narrative that recognises the commonality of a beating heart but cannot understand the differential of a thinking mind.

It is a narrative based on a flawed view of the nation, which it sees as a collection of cultural differences: Britain, Germany and Nigeria are essentially the same, save for accidents of history that resulted in different lines drawn on the globe. If millions of Germans and Nigerians migrated to Britain (and a similar number went the other way), it wouldn’t be a problem because cultural, social and political differences would add to the nation’s diversity. This nation has no enduring norms, cultures or values, and no future influenced by a past. It is not a nation built by the collective endeavour of a people who see themselves as a first person plural: a ‘we’. It is a nation only because the lines on an atlas say so.

It is a narrative based on a flawed view of economics that downplays the political complexity of wealth creation in favour of statistics prepared by experts claiming to show that migrants are hard workers who pay taxes proportionate to the needs they create for health, education and other public services. This is an economics where wealth is a given that must be shared around the globe. As one writer argues, in the incoherently titled book Utopia For Realists, ‘opening up our borders, even just a crack, is by far the most powerful weapon we have in the global fight against poverty’ (1). This is the economics of a person who can manipulate figures on a spreadsheet but cannot understand how they relate to the reality of a political economy.

The weak-borders narrative is now widespread in Western nations that have absorbed flawed views about society, the individual, the nation and economics. It informs the free-movement rights granted by the European Union to 500million citizens who have the right to live and work in any of the 28 EU member states. It informs the Refugee Convention that guarantees the right of any person to enter a signatory state if he can reach its border and claim a need for asylum. It also informs the unwillingness of Western nations to remove those who enter or remain unlawfully.

An argument for no borders is rarely made in its purest form, except by libertarians who have abandoned the political arena in favour of market forces. But the antipathy of the European Union towards internal borders is fairly clear and was justified by the European Commission president, Jean-Claude Juncker, in August when he claimed that national borders were ‘the worst invention ever’. Politicians who are answerable to electorates find the weak borders narrative difficult to articulate and defend but the practice of mass migration into Western nations is evident. It can be seen in the inability of these nations to control their borders and to remove those who stay illegally.

In the absence of an argument in favour of weak borders, those who dislike borders tend to moralise by styling themselves as broadminded and good-hearted, a tendency that is not limited to the many celebrities who are keen to find an asylum seeker’s cause to champion. Having portrayed themselves as morally virtuous, they style those in favour of borders as, at best, narrowminded and heartless and, at worst, as racist and xenophobic. In truth, this weak-borders narrative – that is fuelled by emotion and justified with moralism – betrays an absence of serious justification.

Bad arguments can win the day by default if not challenged by better ones. It is necessary for the progressive case for border control to be advanced by recognising the two hallmarks of liberal democracy – namely, liberalism and democracy. Liberalism has always acknowledged the need to balance individual rights with collective interests. The desire to emigrate is an important individual right that liberal states have long since recognised. The problem comes not in recognising the importance of this right but in failing to balance it against the equally important collective interests of a nation.

The second hallmark of liberal democracy is democracy. Liberalism has not always had an easy relationship with democracy, with many seeing the two concepts as antithetical. The reactionary liberal cry of ‘don’t trust the people’ has informed today’s weak-borders discourse, not by openly denying the people a right to control their borders but by using the law to deny them that control by stealth. The British people were never consulted about the desirability of large numbers of Europeans and asylum seekers entering after 1997; and when they voted in 2010 for a government committed to reducing net immigration to an annual rate in the tens of thousands (where it had been for decades until 1998), they soon discovered that the government was unable to do anything about net immigration that was running at an annual rate of over 300,000.

The weak-borders narrative has fettered democracy by capturing institutions that are beyond direct democratic control: the institutions of law, especially those with a supranational character. Free movement within the EU is enshrined in the Lisbon Treaty. Porous national borders are ensured by the Refugee Convention. And the residual ability of nations to control their borders is fettered by modern-day judicial interpretations of the European Convention on Human Rights and by modern-day judicial approaches to United Nations treaties (such as the UN Convention on the Rights of the Child). In America, as President Trump has recently discovered, border control has been fettered by modern-day judicial interpretations of the American Constitution.

The issue with all these legal fetters on border control is not whether the right border decision has been taken – it is the fact that the people’s right to make that decision through their elected representatives has been removed or curtailed. Supranational institutions such as the UN, the EU and the Council of Europe (which oversees the European Convention on Human Rights) have given judges, particularly in Europe, unprecedented power to remove border control from the democratic arena.

A liberal democracy that fails to address popular and legitimate concerns about levels of immigration forfeits the right to be called a democracy. And a liberal democracy that fails to see the need to balance individual rights with collective interests risks tarnishing the very idea of liberalism. The problem will only be worsened by an elite which, instead of addressing these issues, responds to the unpopularity of its weak borders by calling its critics racist and xenophobic.

When the British people voted to leave the EU in June, they were keen to take back control of their borders. They were not motivated by racism or xenophobia. Similarly, Trump’s election in America came in response to high levels of illegal immigration that Republicans and Democrats had failed to tackle over many years. Building a wall to stop illegal immigration from Mexico (a policy designed to make an ineffective border effective) and taking a stand in favour of the rule of law and against 11million illegal immigrants, as Trump did, is not the policy of a racist or xenophobe. It would have been the policy of a mainstream liberal democrat until such politicians morphed into an elite defined by their disdain for the views of ordinary people.

Today’s popular desire to control borders is neither racist nor morally deficient. It in fact represents a proper understanding of the need to balance individual rights with collective interests. There is no reason to fear the verdict of the people on how this balance should be struck. It is the one-eyed use of individual rights to weaken borders that threatens both liberalism and democracy.

Jon Holbrook is a barrister and co-author of a contribution to the debate on global governance to be published by Policy Exchange next month. Follow him on Twitter: @JonHolb.

(1) Utopia for Realists: The Case for a Universal Basic Income, Open Borders and a 15-hour Workweek, Rutger Bregman, The Correspondent 2016, p187