Galleries must be free to exhibit offensive, even bigoted, work. 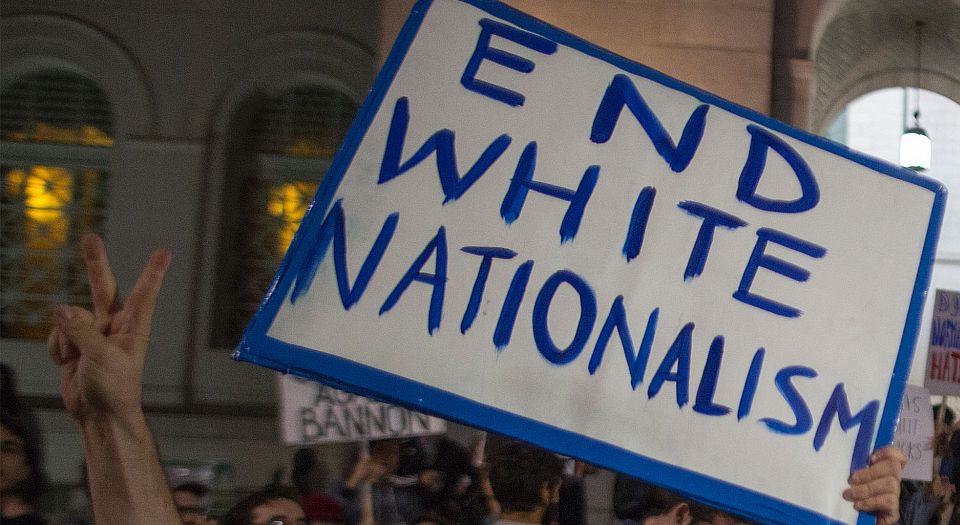 A campaign group calling for the closure of an art gallery in east London will hold protests this weekend. This follows a series of events and exhibits at the LD50 gallery in Dalston, which Andrew Osborne, an organiser for the Shutdown LD50 group, says constituted ‘hate speech’, and ‘advocate[d] violence in the pursuit of authoritarianism and racial supremacy’.

The series of LD50 events that so excited Shutdown LD50 included a conference on ‘neoreaction’, where one of the guest speakers argued against equality and voting and championed a nation made up of ‘one ethnic group’. It also held an exhibition about the alt-right.

Of course, demonstrations are an important part of a lively democratic culture. But to call for the permanent censorship, or ‘shutdown’, of creatives is not a democratic or effective way to defeat ideas you disagree with. These campaigners aren’t simply protesting against ideas they dislike, they are trying to stop those ideas from being heard.

LD50 says it wanted to open up debate, and its website has reposted much of the more strident criticism it has received. In a statement, it says that ‘the role of art is to provide a vehicle for the free exploration of ideas’, including those that are ‘challenging, controversial or indeed distasteful for some individuals to contemplate’. It goes on to say that the need to explore difficult ideas is particularly important at a time when those in the art world seem less willing to do.

Whether or not those at LD50 support the alt-right, or are just trying to provoke a reaction, is beside the point. Galleries must be free to display whatever work they choose, just as we must be free to judge and debate it. However, those involved in Shutdown LD50 clearly don’t want to engage in debate. Their aim is to extinguish it. In the name of freedom and equality, they justify shutting down speech they dislike.

Censorship is the opposite of what art should be about. Nobody is saying that we should accept alt-right ideas. But artists and curators must be free to let their imaginations, and political ideas, run wild. Rather than just disagreeing with the content of the work on display, these protesters want to limit the creative imagination, and limit what the public is able to engage with.

Even to the end of tackling bigotry, censorship is counter-productive and cowardly. It’s much easier to call for the silencing of offensive ideas, and far harder to counter arguments in the form of art, literature or political manifestos. But it is only through democratic challenge that backward ideas are defeated.

The LD50 gallery describes the reaction to its shows as ‘exceptionally aggressive, militant and hyberbolic’. Sadly, this isn’t the first time this sort of thing has happened. For years, art galleries have been called upon to No Platform particular artists, even where the work itself is not explicitly prejudiced. Exhibit B, an anti-racist installation, was closed at the Barbican in 2014 after protesters deemed it racist.

What’s astounding is that those behind Shutdown LD50 don’t even consider themselves censors. The group says the gallery and its collaborators are the authoritarian ones, for giving a platform to hate speech. Some protesters have gone so far as to label LD50 ‘actual fascists’, comparing themselves to those who faced off Oswald Mosley at Cable Street. A pink swastika has been painted on the gallery door.

These people seem to think that racist words are in themselves violent and anti-democratic, that they pose a threat to people from ethnic minorities. The act of displaying white-supremacist works in an art gallery is seen as just as much of a threat as a national, fascistic movement, crushing freedom through terror and violence. In truth, it is LD50 that is the real threat to liberty.

As someone who considers themselves a progressive, and who supports immigration and equality, it might seem strange that I’m so concerned about the illiberal tactics of these protesters. Why not focus on opposing right-wing ideas? But the fact remains that you can’t oppose authoritarian, illiberal ideas through authoritarian and illiberal means. Both sides in this case must be criticised.

Undermining democratic values is the wrong way to oppose views you disagree with. It’s also inconsistent. How can those who support equality argue that certain rights must not extend to far-right voices, and galleries willing to give them a platform. Clearly, these protesters don’t support freedom or equality at all.

Tessa Mayes is a journalist and documentary filmmaker. Visit her website here.