The Moorside: how the other half doesn’t live

The BBC’s dramatisation of the Shannon Matthews case expresses the worldview of a cut-off elite. 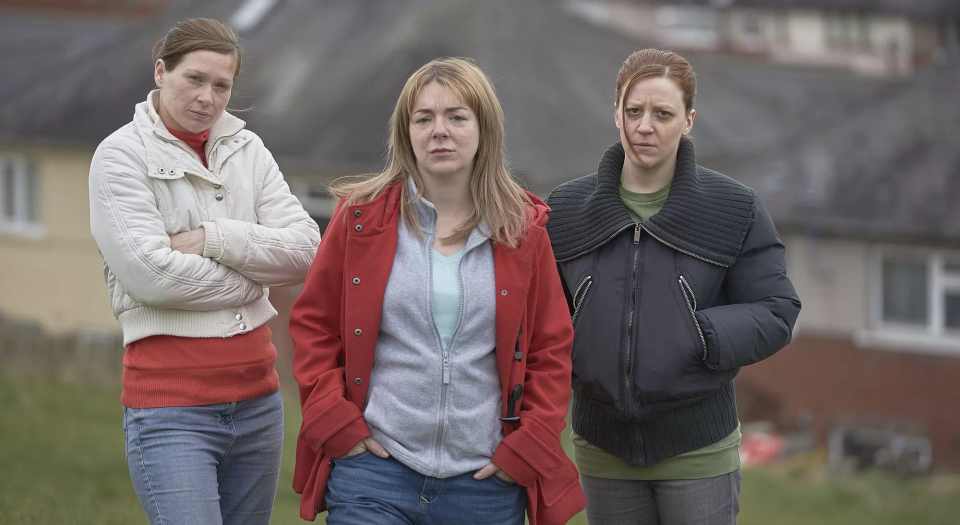 The events depicted in The Moorside, which concluded on BBC One last week, occurred before ‘post-truth’ was invented, and long before Oxford Dictionaries made it ‘word of the year’ in the wake of the Brexit vote and the election of Donald Trump. Yet the representation of northern working-class life in The Moorside was imbued with the same derogatory assumptions about working-class people embedded in the idea of post-truth.

The Moorside told the true story of the search for nine-year-old Shannon Matthews, who went missing from her home on a housing estate in Dewsbury, West Yorkshire, in February 2008, only to be found three weeks later at the nearby flat of her mother’s boyfriend’s uncle. It soon emerged that Shannon’s mother, Karen Matthews, had known all along where her daughter was. Karen was subsequently jailed for kidnapping, false imprisonment and perverting the course of justice.

Though based on real life, The Moorside was definitely drama. In its two episodes, it dramatised the story of a handful of particular individuals caught up in a singular lie and its various, devastating consequences. As drama, there was much to commend it for, including the ambivalence built in to Sheridan Smith’s portrayal of misguided community leader Julie Bushby.

But even when billed as ‘pure drama’ (the BBC’s slogan of the season), a fact-based, prime-time TV programme aired on the UK’s premier, terrestrial channel was bound to be something of a statement to the nation about the state of the nation. And in this respect, The Moorside was much less commendable.

In the aftermath of the electoral upsets of 2016, middle-class opinion remains hostile to the ‘deplorables’ who voted the wrong way in the US election and the Brexit referendum. As such, any depiction of working-class life that does not guard against this prejudice is almost certain to reinforce it. The Moorside duly served as a dubious parable of blue-collar voters and their deep-seated inability to tell fact from fiction: they fell for Karen Matthews’ lies, just as they would later fall for the ‘fake news’ surrounding Brexit and Trump.

The Moorside’s depiction of the northern working class was entirely in keeping with middle-class misgivings about lives lived in tracksuits, in cramped rooms dominated by chaotic kids, with every waking moment overwhelmed by sentiment, and reasoned reference to verifiable facts in perilously short supply. Across two, full-length episodes, no one had much time for the quiet contemplation characteristic of Kes, or the level of self-reflection that Shane Meadows’ characters are clearly capable of. Thus, The Moorside’s mise-en-scène did not offset the prevailing presumptions concerning working-class life so much as dramatise them. In today’s context, therefore, The Moorside could not but suggest that the world of working-class people was already post-truth even before we knew what to call it.

When Oxford Dictionaries picked post-truth as the word of 2016, it defined it as ‘relating to or denoting circumstances in which objective facts are less influential in shaping public opinion than appeals to emotion and personal belief’. Leave voters and Trump supporters have since been identified as post-truth, because of their supposed appetite for fake news and thus their preference for ‘emotion and personal belief’ over ‘objective facts’. Similarly, The Moorside reinforced ideas of fake news and post-truth politics triumphing over the ‘feckless’ working class by backdating them into the previous decade. Even if this was not what the programme-makers had intended, this indirect effect was all but unavoidable.

As an explanation of the electoral upsets of 2016, post-truth is woefully inadequate, not least because it identifies the circulation of fake news with the credulity of its audience – as if for these people, seeing is the same as believing (an update on ‘monkey see, monkey do’). That the concept of post-truth conveniently absolves the political elite of any responsibility towards those dismissed as ‘deplorables’ can only invite further scepticism.

Ironically, the idea of a group of people largely impervious to verified facts, cut off from the real circumstances around them, is strangely close to that of the British political elite, and its preferred mode of governance. With its suits (no ties) and dinner parties in place of trackie bottoms and fried-chicken takeaways, Britain’s rulers have become increasingly cut off in a Moorside of their own making, aka the Westminster Village – a village so far removed from the majority population that it failed to appreciate just how far removed it had become.

The additional irony is that something like post-truth has long been embraced by the political clique now using it as a stick with which to beat the working class. When UK governments (national and local) adopted multiculturalism as their modus operandi, they moved away from the idea of the universal. Under multiculturalism, opinions are formed by emotional attachment to culturally specific particulars, without recourse to what is universally verifiable – that is, ‘objective facts’. Thus, the retreat from the universal was also a big step in the direction of post-truth, a step first taken by the political elite.

Furthermore, in the quarter-century since multiculturalism became Britain’s preferred mode of governance, a system of patronage has been established whereby each client group is assumed to be living in its own separate world, all of them actualising their own distinctive cultures. This, in turn, serves to legitimise the role of the state as seemingly the only sustainable link between them.

Though projected on to the working class, post-truth is really a dark mirror on the plight of the political elite, closed off from the wider population except via the unwieldy procedures of client-patron relations. As drama, The Moorside invited pity for the particular individuals involved in this sad story. As a general statement of how the plebs live, it was sadly inaccurate; better to view it as the reversed-out image of an alienated political clique.

Andrew Calcutt is editor of Proof: Reading Journalism and Society. He is co-author, with Philip Hammond, of Journalism Studies: A Critical Introduction, published by Routledge. Buy this book from Amazon(UK).