The Russians didn’t elect The Donald

...and other home truths behind the hysteria. 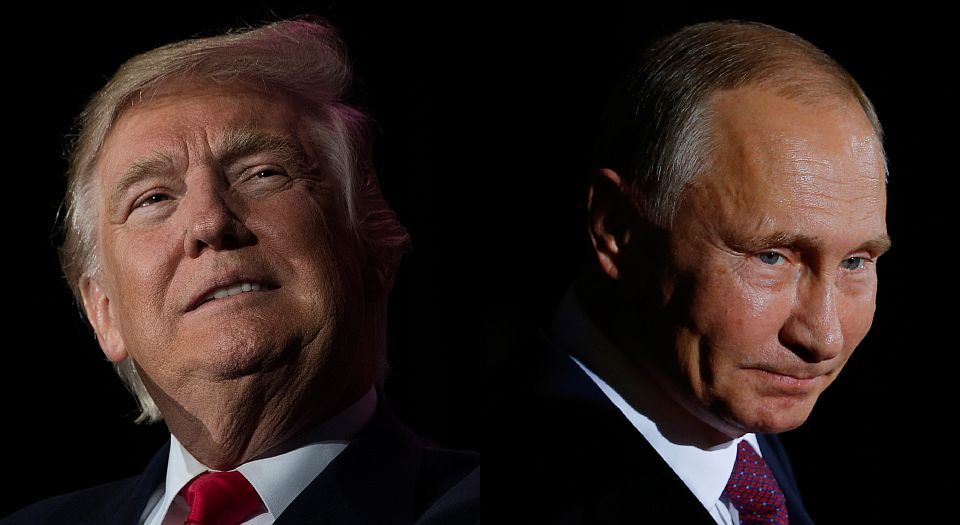 The furore surrounding President Trump’s relations with Russia and the resignation of national security adviser Michael Flynn – analysed elsewhere on spiked by Brendan O’Neill – has boosted some current political myths.

These are essentially anti-democratic attempts to undermine the legitimacy of Trump’s election – and distract from the fact that 30 out of 50 US states were so opposed to the political elites that they voted for the dreadful Donald against the establishment’s candidate, Hillary Clinton.

A brief reminder of a few home truths behind the hype and hysteria.

Nobody ‘hacked the US election’

It has become commonplace to hear politicians and commentators on both sides of the Atlantic denounce ‘Russia’s hacking of the presidential election’ as if it were an established fact. It is nothing of the sort.

What would it mean to ‘hack’ an election? The clear implication is that Russian agents or some other outsiders illegally hacked into the electronic voting systems used by some US states and altered the results – presumably in favour of the Republican candidate, Donald Trump.

Yet despite the casual assumption of hacking, nobody has produced a hanging chad’s-worth of evidence of any such interference. It is about as credible as Trump’s own bizarre claims that he only lost the overall popular vote to Clinton because millions of illegal immigrants voted for her. Yet where Trump’s nonsense has been laughed off America’s TV screens, the rubbish about Russian hackers swinging the election for him has been treated as if it were serious news.

All that the Russians have been substantially accused of is hacking the email accounts of top Democrats in Hillary Clinton’s team, and dumping the files on Wikileaks.

That did not stop the losing Clinton camp backing demands for recounts of the votes in key states in late November, supposedly because of fears that they had been hacked. But the Clinton campaign’s general counsel, Marc Elias, rather gave the game away. He admitted that they had found no evidence of sabotage, but insisted the campaign wanted recounts anyway because, ‘We certainly understand the heartbreak felt by so many who worked so hard to elect Hillary Clinton’.

In other words, it was an exercise in desperate straw-clutching by devastated Democratic Party elites in denial about the fact that they had managed to lose the election fair and square to the dreadful Donald Trump.

Some Wikileaks are apparently more wicked than others

Embarrassing emails were certainly hacked from the accounts of the Democratic National Committee and Hillary Clinton’s campaign manager, John Podesta, and published on the Wikileaks website during the presidential election campaign. This has been blamed on Russian hackers and pointed to as proof of unethical and illegal action by Trump supporters that casts doubt on his election.

If anything is proved by these displays of outrage, however, it is that Democrats’ double standards on democracy and free speech are at least as bad as their opponents’.

After all, the same liberal voices denouncing the hacking and publishing of those Clinton campaign emails have previously celebrated Wikileaks’ mass publication of leaked and hacked documents — about everything from Iraq War casualties to Colonel Gaddafi’s botox treatment and sexual preferences — as victories for freedom of expression and transparency. Wikileaks only became wicked, it seems, when it broadcast the ‘wrong’ sort of secrets.

The Wikileaks founder, Julian Assange, has said that it was not the Russians who gave him the DNC material and that Podesta’s insecure email system could have been hacked by a naughty 14-year-old. Those now claiming that Russian hackers somehow cost Clinton the presidency are also acting like teenagers in a tantrum, thrashing around for somebody else to blame for their self-inflicted problems.

Who invented interfering in other people’s elections?

There have been loud expressions of outrage at the very idea that the Russians, the Chinese or anybody else might have made a half-hearted attempt to influence the American election. Such interference would of course be an attack on the principles of democracy and national sovereignty. Which is why interfering in other people’s elections — not just with propaganda but with gold, guns, coups and assassinations — has long been established practice for global powers, especially from the West.

During the Cold War era, both the United States and the Soviet Union sought to influence and corrupt elections around the world to suit their strategic interests. Political scientist Dov Levin calculates that the two ‘superpowers’ intervened in 117 national elections from 1946 to 2000.

America set the pattern in 1948 when the newly established CIA launched an unprecedented black propaganda campaign to stop a Communist-led leftist coalition winning elections in Italy. According to Ishaan Tharor of the Washington Post, this included ‘forging documents to besmirch Communist leaders via fabricated sex scandals… and spreading hysteria about a Russian takeover and the undermining of the Catholic Church’. Sound familiar?

More infamous examples of US interference in troublesome democracies include the overthrow of Iranian prime minister Mohammad Mossadegh and his replacement by the autocratic Shah in 1953; the ousting and execution of Congolese independence leader Patrice Lumumba in 1961; and the US-backed military coup against Chile’s Socialist government in 1973, which ended in the deaths of President Salvador Allende and thousands of his supporters, and the installation of General Pinochet as a pro-Western dictator.

Since the end of the Cold War the methods may sometimes be less bloody, but Western powers remain keen to try to determine or reverse the outcome of elections elsewhere – nowhere more so than in Ukraine, where a US and EU-backed de facto coup installed a pro-Western government in 2014, sparking the process of unravelling that led to Russia’s invasion of Crimea. Western leaders are in no position to lecture Vladimir Putin or anybody else about the ethics of attempted election-fixing.

The Russians did not elect The Donald

Much of the hype and hysteria about Russian interference in American politics, from the unsubstantiated claims of sexual blackmail to the invisible hacking of voting systems, is intended to depict Trump as ‘Putin’s Puppet’ rather than the elected president of the US.

In Hollywood’s classic Cold War noir thriller, The Manchurian Candidate (1962), the Soviets, Chinese and North Koreans use brainwashing and assassination in a conspiracy designed to select the US president and cause anarchy, leading to Communism in America. In the equally Hollywood-sounding noir version of events now being peddled, President Trump is the modern equivalent — the Muscovite Candidate? — who has effectively been either brainwashed, blackmailed or bribed to do Russia’s bidding.

When political rhetoric spins so far from reality, it is sometimes necessary to remind ourselves of some basic but forgotten facts. Such as that the Russians did not elect The Donald as the 45th US president. That was done by the almost 63million Americans who voted for him, easily enough to win a large majority in the Electoral College through which the US elects its presidents.

The attempt to depict Trump as ‘Putin’s Puppet’, illegitimately elected, is really aimed at delegitimising the choice made by those voters. It is effectively branding Trump’s electorate as 63million ‘Manchurian/Muscovite Voters’, all of whom have somehow been brainwashed (by ‘fake news’ and ‘post-truth politics’, of course) into voting for a celebrity buffoon rather than a proper professional politician.

As with all underhand attacks on democracy, the real target is the demos, the people.

Attempting a ‘soft coup’ is no way to defend democracy

The attention of the political and media class is focused on the threat to American democracy posed by foreign interference and by Trump’s own attacks on the courts and the intelligence services. There has been far less critical scrutiny of the other side of this conflict — the attempt by the US establishment to use state agencies such as the courts and spies to undermine the elected president.

From the Ninth Circuit justices’ highly politicised decision to block the administration’s illiberal immigration order, to the intelligence agencies’ flagrant leaking of damaging top-level secret information and the threats of impeaching the president through the Senate, the US elites are effectively using the unaccountable state apparatus against the elected occupant of the White House. In another time and place, this might be considered an attempt to circumvent democracy by staging a bloodless ‘soft coup’. Today, by contrast, it is praised by liberals as a brave defence of democracy.

It seems as if members of the US establishment, such as judges, spooks and senators, are the only ‘rebels’ who can save freedom now; the UK Guardian has even described two retired army generals appointed to the cabinet by the president as ‘the men who could topple Trump’. The one group of people who rarely get a mention in this fake defence of democracy is the people themselves.

The only way to defeat Trump’s illiberal policies and defend democracy is through winning a political struggle to mobilise popular opposition. Instead the illiberal liberals, who fear and loathe the demos above all, are seeking any undemocratic means to get rid of Trump, trying to plot impeachment hearings while dreaming that somebody might assassinate the president instead (shades of The Manchurian Candidate again).

All of the myths now swirling around US political life are at root attempts to deny democracy and its troublesome outcomes. For people obsessed with the supposed power of ‘post-truth politics’ over alleged ‘low-information voters’, these elitists seem strangely keen on peddling their own brand of fantasy politics.